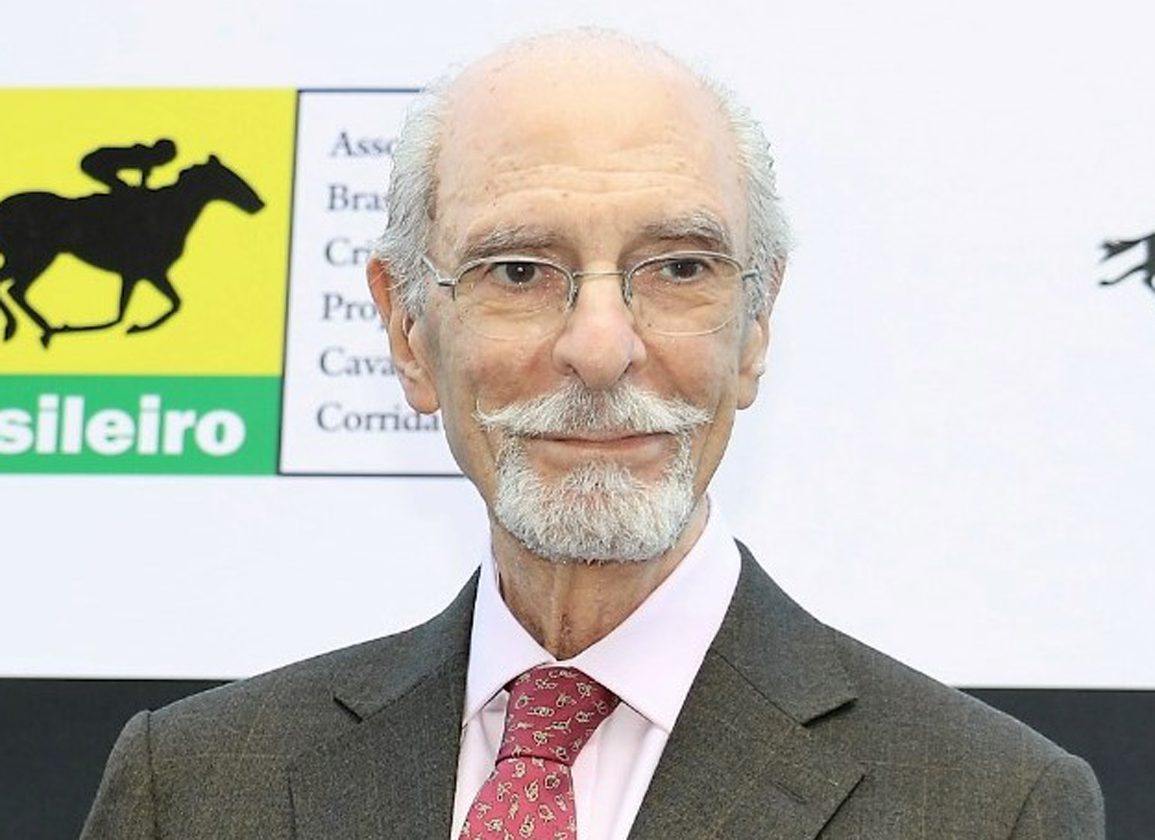 The Brazilian Thoroughbred industry lost one of its most brilliant personalities when Samir Abujamra passed away in Soo Paulo on July 14. Abujamra, who had no family connections to the Brazilian racing industry growing up, was a lawyer by trade. He worked as a handicapper for the Jockey Club of Sao Paulo beginning in the 1960's. Later on, he became the editor of the magazine Revista Turf & Fomento.

The publication became the most important magazine in horse racing in the country, covering not only Brazil, but results from all over the world. It was through Turf & Fomento that Abujamra started to maintain contact with various players in the international racing scene. From then on, he had the opportunity to make what perhaps was his most important professional incursion.

Still in the 1960s, Abujamra attended the sales in Newmarket for the first time. He soon became the Brazilian representative at the British Bloodstock Agency (BBA)–which during the last half of the 20th century, was the most prominent agency in the world. He was present at the Tattersalls December Sales for more than 50 years without interruption and was awarded a medal recognizing his contributions as their South American representative over such an extended period.

“Samir represented Tattersalls in South America for many years and epitomised all that is good about the global thoroughbred industry,” said Jimmy George of Tattersalls. “He was knowledgeable, charming, immaculate and a man of the utmost integrity. He was so proud that he had attended more than 50 consecutive December Sales and it was always a joy to see him.”

From the moment he extended his activities to international racing, Abujamra started to operate as a focal point of information and knowledge for a wide range of breeders and owners based in Brazil. In this context, many began to use him as an advisor and for the acquisition of animals abroad. One of the imports Abujamra selected was Ghadeer (Fr) (Lyphard), perhaps the most influential among all the stallions in the country's history. Roi Normand (Exclusive Native), who also left a huge legacy, was a product of an Abujamra negotiation. He also brokered the export of ex-pat American stallion New Year's Day (Street Cry {Ire}) to Japan.

“Samir was a true gentleman and the ultimate professional,” said Luis Felipe Brandão dos Santos, President of the Brazilian Breeders and Owners Association. “He was our role model and inspiration. The Brazilian racing industry thanks Samir Abujamra for so much.”

Besides brokering horse sales, Abujamra aided in the implementation of the database and research tool of the Brazilian Stud Book in the 1990s. In the 2000s, he welcomed and guided the late Prince Khalid Abdullah of Juddmonte during a visit to the racetrack in Sao Paulo.

In addition to the two decades of collaboration with Turf & Fomento, Abujamra published the book Turfe–Historias e Memorias in 2010 and more recently, he launched Conversas de Turfe. In the writing of the latter, he proposed to share a little about the history of the great breeders of the world–an arduous task for any writer, even though he was already in poor health.