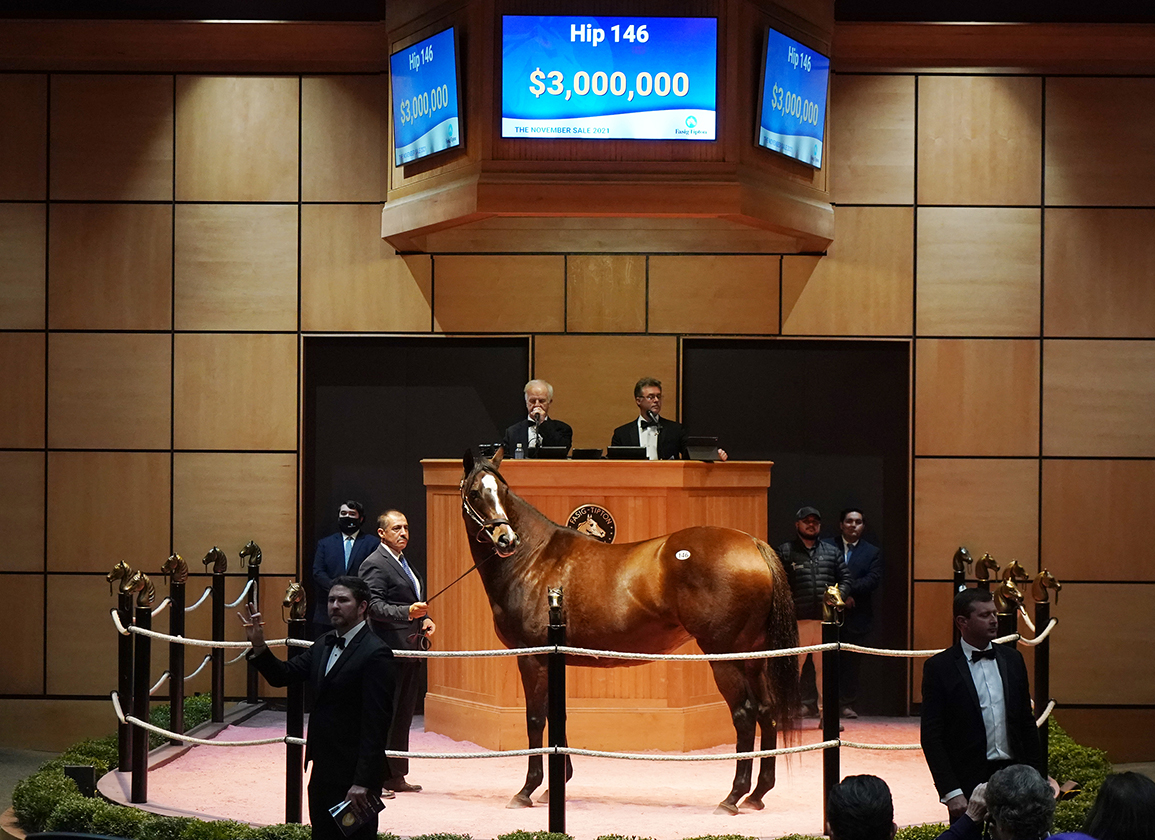 Brave Anna (War Front–Liscanna {Ire}, by Sadler's Wells), winner of the 2016 G1 Cheveley Park S. and a full-sister to GI Breeders' Cup Juvenile Turf hero and Spendthrift stallion Hit It a Bomb, was knocked down for $3-million to Masahiro Miki as the Fasig-Tipton November 'Night of the Stars' reached its midpoint early Tuesday evening. The bay mare, consigned as hip 146 by Ballysax Bloodstock, agent, and hails from the family of Grafton Street (War Front), runner-up in the GI Summer S. in September and a close fourth in Friday's GI Breeders' Cup Juvenile Turf at Del Mar. Brave Anna's first foal, the American-bred 2-year-old colt Angelsilica (Dark Angel {Ire}), was runner-up on debut going 1200 meters on turf at Fukushima, Japan, Nov. 7. Brave Anna, bred and raced by Evie Stockwell, was offered in foal to Quality Road.