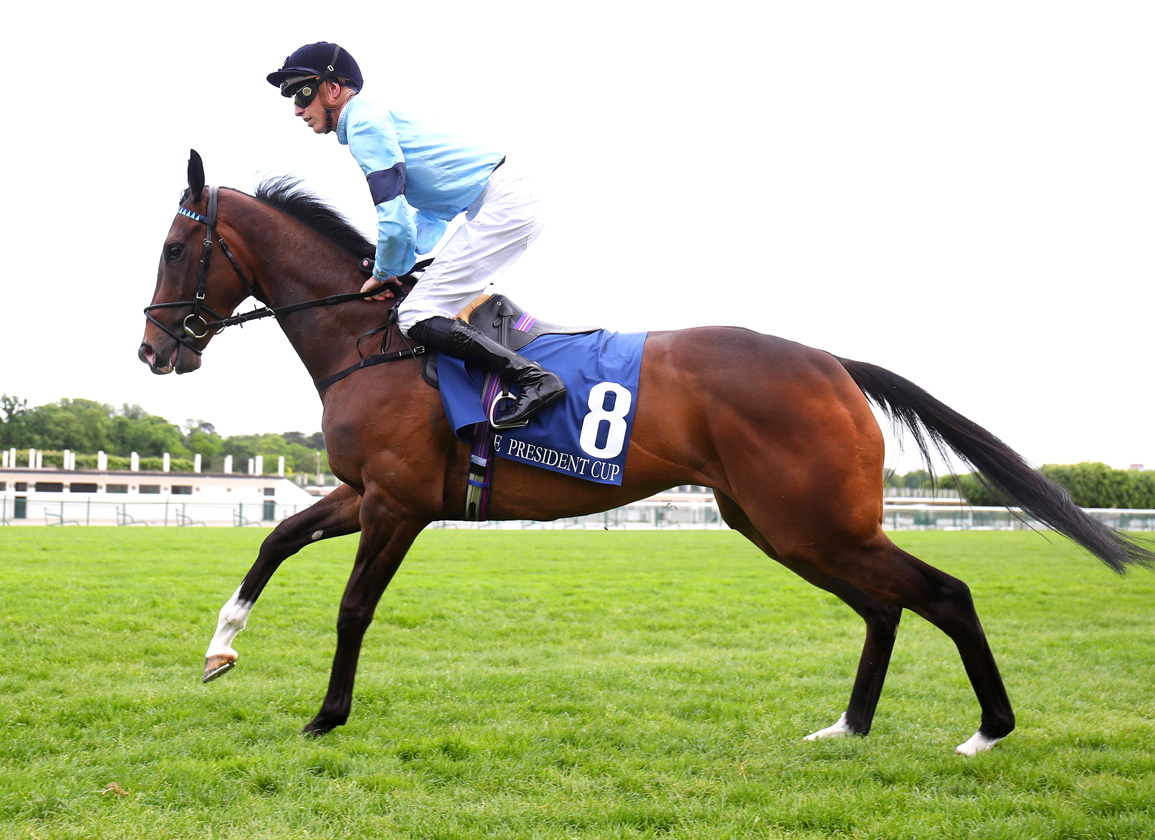 Classic heroine Cachet (Ire) (Aclaim {Ire}) will be given a break prior to resuming her campaign with an eye to the Breeders' Cup in November, trainer George Boughey announced on Thursday. Fourth in the GI Breeders' Cup Juvenile Fillies Turf at Del Mar, the Highclere Thoroughbred Racing colourbearer resumed with an easy win in the G3 Nell Gwyn S. at Newmarket in April, prior to her victory in the G1 QIPCO 1000 Guineas S. there on May 1. Second in the French equivalent on May 15, the 'TDN Rising Star' led in the G1 Coronation S. before tiring to fifth at Royal Ascot.

“Cachet is good,” Boughey said. “She's had a busy start to the year. She's basically had four Group 1 races. I would imagine she will be busy through early autumn. She peaked last year at the Breeders' Cup in November, and it's been the plan before the Guineas to try and end up there, so I think it's only fair to her that she has a bit of time away from the yard, so she's off to Fittock Stud with the Cumanis and she will be back in the autumn and raring to go.

“She was very good out there in America and she likes the soft mile. Ascot was just a bit searching for her with the hill. At Newmarket you can freewheel for a big part of the race so she could go back there for the [G1] Sun Chariot [S. on Oct. 1] or possibly the [G1 Prix de la] Foret on Arc Day [Oct. 2] before the Breeders' Cup. America is the main target.”