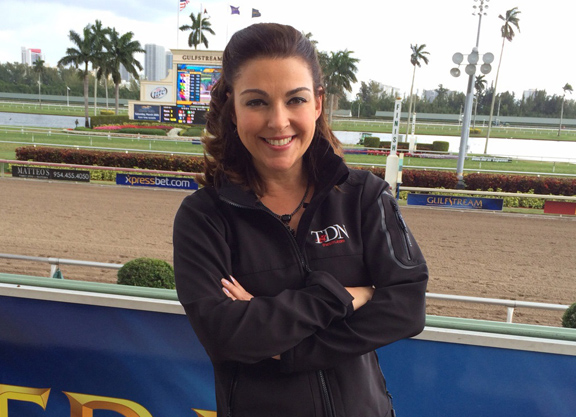 Christina Bossinakis, who formerly served with the Thoroughbred Daily News for 14 years prior to her departure in 2014, has rejoined the TDN as a full-time member of the team. Among her accomplishments, the Montreal, Canada, native served as an on-air host/handicapper during three of Gulfstream Park's Championship meetings; was a regular guest on the national horseracing network's HRTV; and a member of TVG's East Coast roster of racing analysts for three seasons. She has also made guest appearances on Fox and The Travel Channel networks. The former director of TOBA's hospitality initiative, the Owners Concierge, Bossinakis recently served as a member of XBTV's East Coast on-air and production team. She is also responsible for co-authoring the D. Wayne Lukas anthology, Sermon on the Mount.