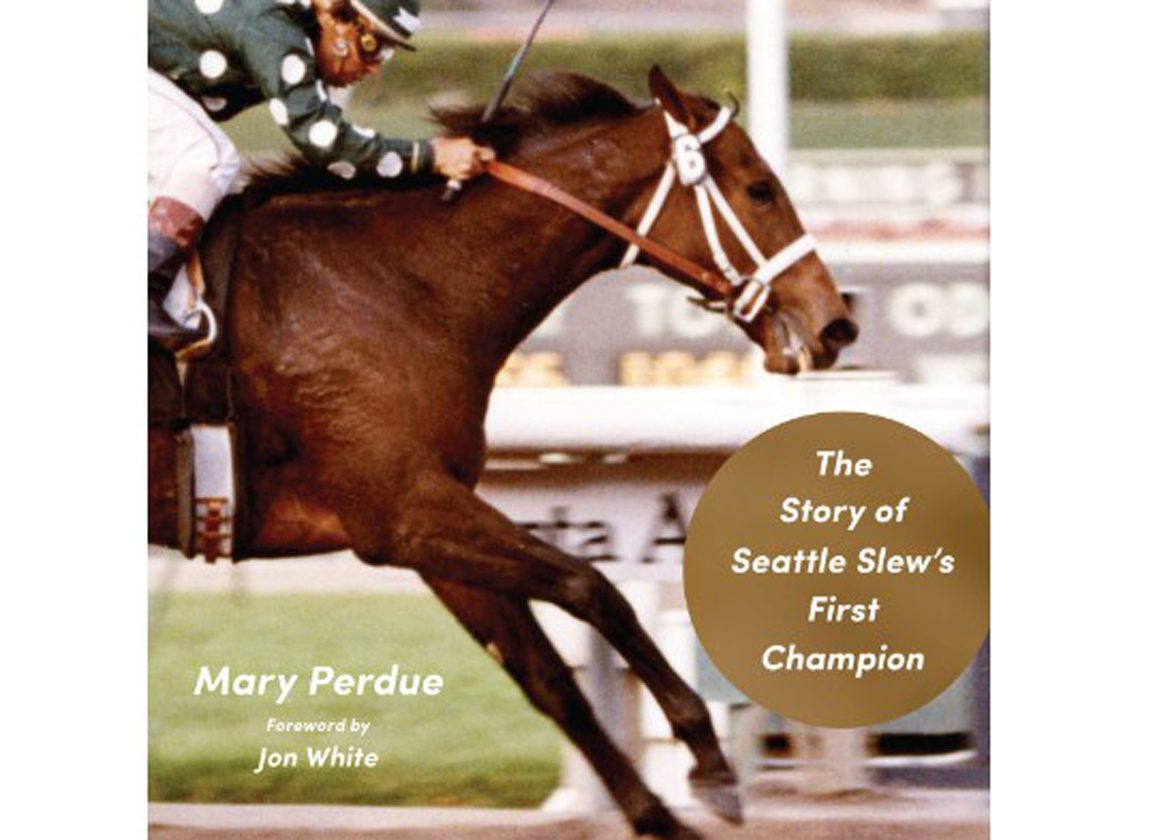 Trying to capture the essence of a bygone era champion can be a daunting task. The subtleties can be as elusive as the principal cast of characters–many of whom might no longer with us–who made up the stalwart's inner circle. However, author Mary Perdue has managed to capture not only the nuance of a great champion, Landaluce, but also the framework of an era long since past.

A tremendous talent whose rising stardom was snuffed out much too early, Landaluce was surrounded by a team of individuals who would leave their own indelible stamps on racing history. In Landaluce: The Story of Seattle Slew's First Champion, Perdue offers a closer look at Triple Crown champion Seattle Slew, who was still but a young, developing sire at the time in question, in addition to D. Wayne Lukas, who would make his way into the record books, and ultimately the Hall of Fame, but who had much left to accomplish when Landaluce graced his shedrow.

Much of the behind-the-scenes information that Perdue unearths for this rendering is as eye-opening to the most seasoned industry veteran as it is riveting to the racing novice. The hours of research and legwork put in by Perdue is clearly evident in the pages of this work, and the snapshot in history passed along to the reader is enlightening.

NBC analyst Donna Brothers echoes the sentiment in her back-jacket assessment: “I always thought I knew the Landaluce story, but after reading Mary Perdue's captivating account of how Landaluce came to be–and then became a champion–I realized that I knew almost nothing about her and the people who surrounded her.”

Characters long since departed come alive courtesy of the abundance of detail, supported by a long list of credible resources. And while I, personally, have been fortunate to have known many of the principal characters in this book, there are also a good number of those whom I had not had the opportunity to meet. However, Perdue gives the reader real insight into the primary players around the filly, as well as those who proved instrumental in the success of her sire as well as some of the other shining stars of time.

The story of Landaluce is one that is all too familiar: an ascending starlet akin to Marilyn Monroe, Janis Joplin, Amy Winehouse or Selena whose lives were cut short in the zenith of their careers.

As Lukas is quoted as saying, “There's nothing easy about [racing]…I know the elevator goes down, too.”

While the sun set on Landaluce long ago and far too soon, the power of her presence was enough to catapult many of those around her into the stratosphere. And Perdue's work offers the reader the opportunity to catch a glimmer of that radiance that blazed through racing in 1982.

The author will be present for a book signing at Santa Anita Park Oct. 16, marking the 40th anniversary of the Anoakia S., a race won by the filly in 1982.