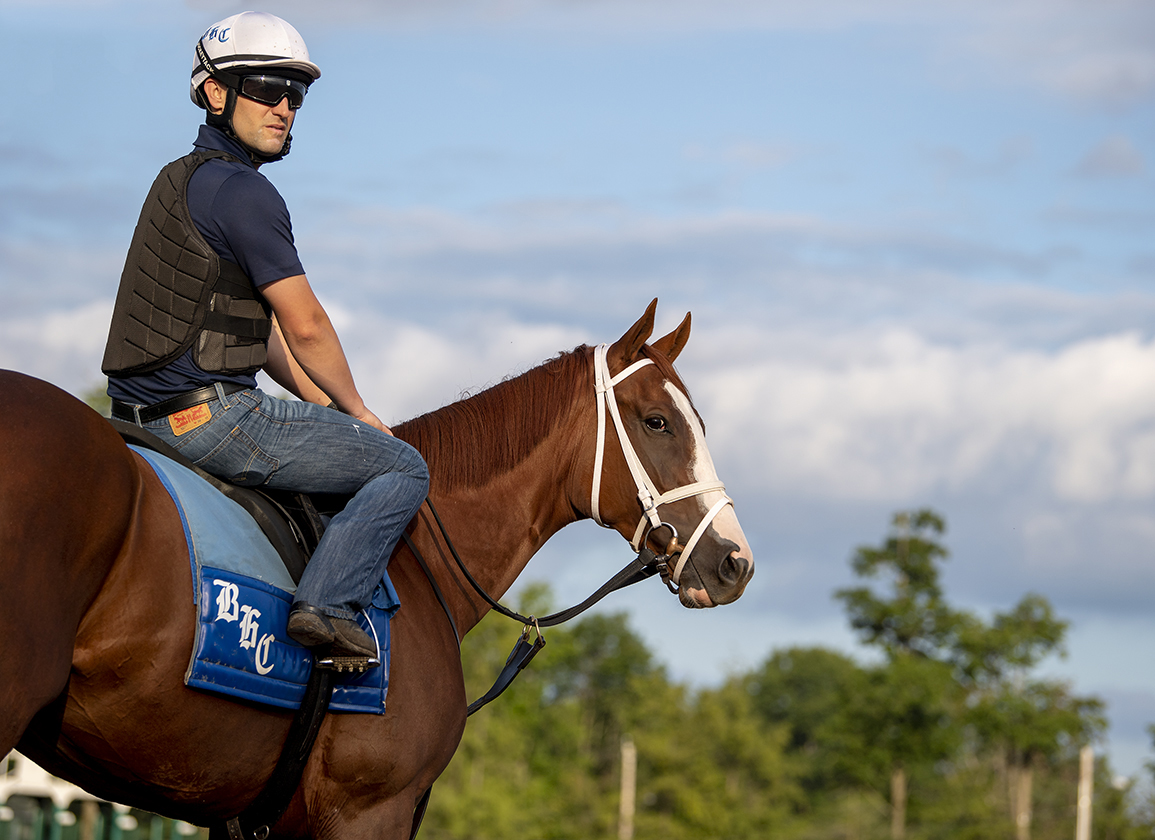 Juddmonte homebred Bonny South (Munnings) gets the 9-5 morning-line nod for Thursday's GII Falls City S. at Churchill Downs. The chestnut kicked off her 4-year-old campaign with a close decision over Royal Flag (Candy Ride {Arg}) in Keeneland's GIII Doubledogdare S. in April, but had to deal with the buzzsaw that is likely champion older mare Letruska (Super Saver) in three of her next four. Second behind that formidable foe and ahead of MGISW stablemate Shedaresthedevil (Daredevil) in the GI Ogden Phipps S. at Belmont in June, she was a no-show fifth at 1-2 in the GII Delaware H. over 10 panels July 10, but bounced back to run Letruska to a half length in Saratoga's Aug. 28 GI Personal Ensign S., defeating the likes of Royal Flag, GI Breeders' Cup Distaff runner-up Dunbar Road (Quality Road) and champion Swiss Skydiver (Daredevil). Bonny South was last seen finishing third to Letruska and Shedaresthedevil in the GI Juddmonte Spinster S. at Keeneland Oct. 10–Crystal Ball (Malibu Moon) and Envoutante (Uncle Mo) were fourth and fifth in that spot respectively. Also stepping out of Grade I company is Army Wife (Declaration of War), who is cross-entered against fellow 3-year-olds for Friday's GIII Comely S. at Aqueduct. A clear-cut winner of the GII Black-Eyed Susan S. and GIII Iowa Oaks earlier this year, the Mike Maker trainee was third in both the GI Alabama S. at Saratoga Aug. 21 and GI Cotillion S. at Parx Sept. 25.