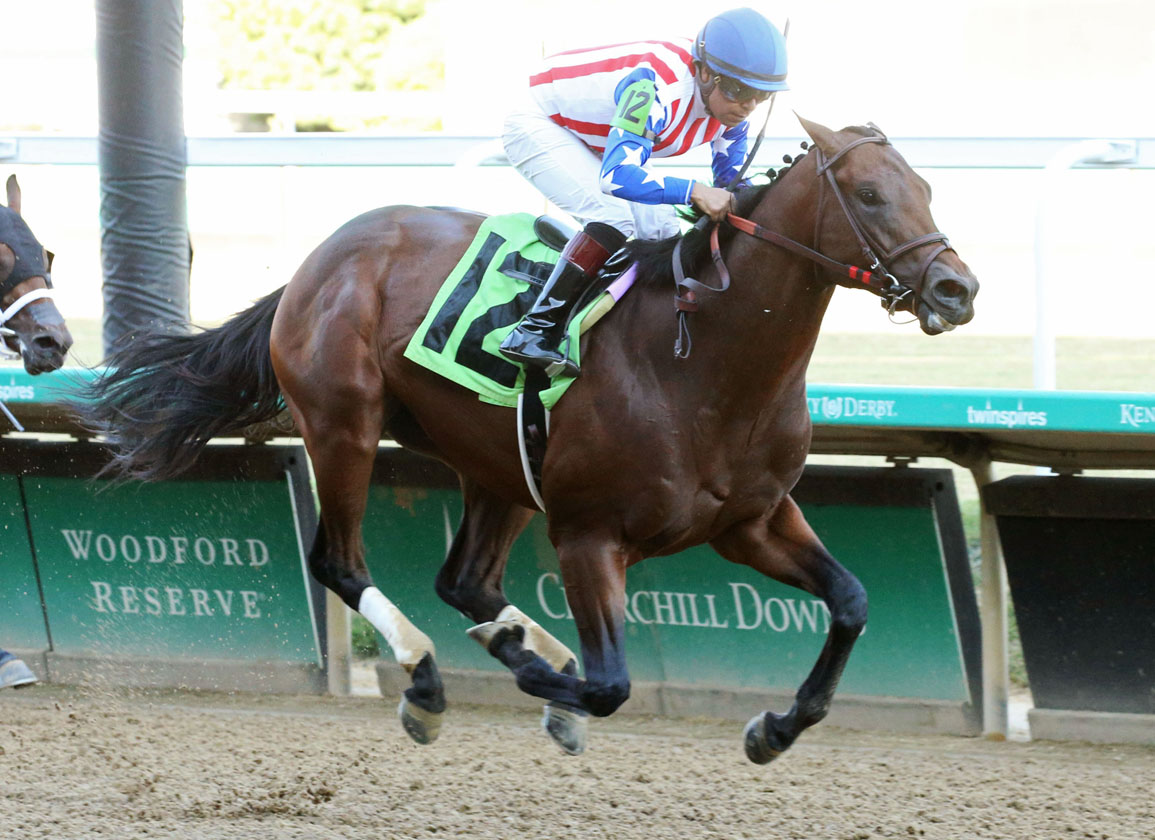 Nine juveniles are expected to line up for the GIII Best Pal S.–the lone U.S. graded event on the docket Sunday– at Del Mar and a full third of them are by freshman sire Bolt d'Oro. Kaleem Shah's Arman (Bolt d'Oro), $600,000 OBS March acquisition, was tabbed a 'TDN Rising Star' following his smashing five-furlong debut at Churchill Downs June 23 and is the 5-2 morning-line favorite in the six-furlong affair. Muir Hut Stables' Agency (Bolt d'Oro), a $400,000 OBS March graduate, also broke his maiden on debut, going five furlongs at Santa Anita June 12. Rounding out the Bolt d'Oro trio is Pop d'Oro, who was the Spendthrift stallion's first winner when he captured his debut at Turf Paradise in April. The dark bay colt was subsequently fourth in the June 18 Fasig-Tipton Futurity.

Bolt d'Oro currently has nine winners and, while still searching for his first stakes winner, he currently as two stakes-placed runners, with John Grey finishing third in the Hoover S. and Owen's Leap finishing second in the Bashford Manor. Owen's Leap was scratched from Saturday's GII Saratoga Special.

Freshman sire Good Magic is also represented in the Best Pal, with Quagmire Magic coming from the red-hot barn of George Papaprodromou. The youngster was claimed from trainer Peter Miller for $50,000 following a debut win at Los Alamitos June 25.

Woodbine hosts its third graded event of the weekend with the GIII Seagram Cup S. Sunday.