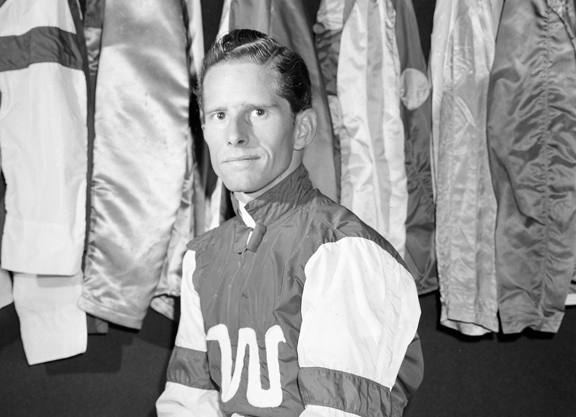 As the daughter of a Hall of Fame jockey, Sherri Boland has been involved in just about every facet of the racing game, but the Ocala horsewoman will be offering her first-ever consignment during the the Ocala Breeders’ Sales Company’s Winter Mixed Sale Tuesday.

“I’ve been in the business my whole life,” Boland said. “I’ve trained, broke babies. And I thought, you know what, I’ve done every other aspect of this business, why not me? Why can’t I do this?”

Boland is consigning under the banner Middleground, named after the horse her father, Bill Boland, rode to victory in the 1950 Kentucky Derby. It’s a fitting tribute to the man who introduced her to the racing industry, even if he originally wanted to keep her out of one part of the game.

“I have been around horses from birth,” she said. “I trained and I galloped. I never rode races. Back in the day, when he was president of the Jockeys’ Guild, my father voted women not to be able to ride races. Years later, he explained to me that with the chivalry in those days–men opened the car door for women–he didn’t think he could ride competitively against a woman. Today he feels very different. Thank goodness.”

Boland currently trains a racing stable of 10 older runners and has a limited broodmare band at her Caledonia Farm in Ocala.

Through her Middleground consignment, Boland will offer six mares at OBS. Four of the mares sell in foal to Bucchero and all sell with a 2020 no-guarantee season to the graded-stakes winning son of Kantharos.

“I’m very happy with them,” Boland said of the group. “I think they are great mares for the Florida market. It’s a tough market down here because breeding has kind of taken a backseat to the 2-year-olds in training sales. But I think they are well-bred and I think it’s a good starting point to get my feet in.”

Boland is hoping this is just the first of many consignments.

“I’ve got a great team working with me and I’ve got a lot of support,” she said. “So yes, I would like to do this more. Preferably more client-based, I think. I’ll probably keep a couple of yearlings and consign them myself, but I would prefer to be mostly client-based.

She continued, “My goal would be to go to Kentucky. That’s the creme of the crop, that’s where I would like to set my standards. But I’m quite happy here. The reception has been wonderful, they’ve been very accomodating to me. So it’s kind of a ride. We’ll see where this ride takes us.”