Body and Soul: All Hail! 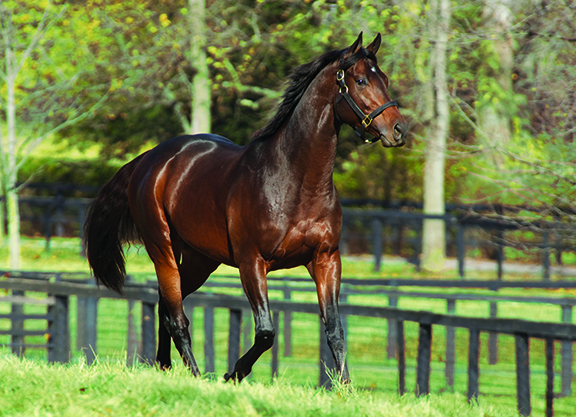 The other day we rolled down various leading sires lists in search of a topic for this installment and immediately came to a halt. That’s because we noticed that Eclipse champion Blame had suddenly snuck up a few of those lists to the point where he has to be considered a serious bet after what was probably a fair assessment that–echoing his racing career–he’d gotten off to a slow start as a sire.

That statement was not meant to be anything other than a logical observation. One has to consider that even though he is from one of the most incredible families of the past 75 years–that of *Rough Shod II, his fifth dam–it was always his sire, and his sire line, which was mostly greeted with a bit of hesitancy by a market oversaturated with commercial hyperventilation. But with ten stakes winners this year (four graded), headed by filly Fault (GI Santa Margarita S.) and the turf colt Maraud (GII American Turf S.), attention must be paid.

But the eyebrows were arched when we continued scrolling down the list and discovered that his deceased sire, Arch, and his now exported (to Korea) speedball son, Archarcharch, were ranked among the top 50 sires in cumulative 2018 earnings. To double check, we ran the 2017 list–and they were in the Top 55 at the end of the year. That’s an interesting discovery for a branch of a sire line that snuck up on a lot of people and is often overlooked by more, i.e. that of Kris S., a son of Roberto. 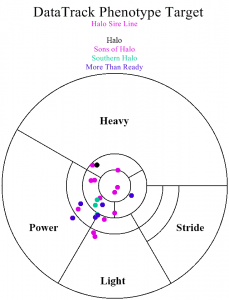 Taking a step back, we wondered how other Roberto branches were doing and discovered of course, that there’s only one other which is prominent in North America, that of Dynaformer. The latter has some young sons at stud, but only Temple City and second-crop sire Point of Entry are beginning to make any noise that might compete with that of Blame. One reason is that aside from the ill-fated Barbaro (whose full brother Lentenor is now at stud), many good racing sons of Dynaformer were geldings.

More interestingly, except for Darby Creek Road, Lear Fan and Silver Hawk, each of whom had successful records but never established viable branches, the sons of Roberto who left sons behind did so overseas, e.g., Brian’s Time in Japan and Red Ransom in Australia.

Thus, we come to Kris S. In contrast to Dynaformer, who raced more than 30 times and won graded races around two turns, Kris S., a foal of 1977, made only five starts, winning two sprints at two and the listed Bradbury S. at Santa Anita at nine furlongs at three. He was undoubtedly of high class considering the horses he ran against (e.g., Raise a Man, First Albert, The Carpenter, Rumbo).

Surprisingly, none of his starts came on turf and along with the speed he showed at two, he set himself apart from other sons of Roberto when he went to stud. His sons who carried on his line more efficiently showed that tendency on the track and at stud. They included Prized, You and I and Rock Hard Ten, a diversified branch who unlike Arch did not leave any sons behind who made an impact.

So much for first impressions.

Things like this bother us because as sire lines fade, there are questions as to what factors may have affected the transitions from gangbusters to busts. We tend to look at things from three points of view, not necessarily in order of importance: Biomechanics, pedigree, and environment. The latter is a somewhat esoteric factor that includes cultural and economic issues which affect acceptance of a line, see Franco Varola’s The Functional Development of the Thoroughbred, Chapter 11.

Ironically, if we look at biomechanics first, we get a very powerful slap upside the head–Roberto has a profile similar to Halo’s, whose line we explored in our essay in the Feb. 1 edition of TDN. We noted on our Phenotype Target that Halo and his son Southern Halo were somewhat heavier in body structure than most successful sires. Heavy or light bodied stallions often pass that factor on. That can result in inconsistency for a progenitor because more energy is required to bring versatility on the racetrack. Heavier types often tend to be sprinter-milers; light bodied horses often can handle two turns but unless blessed with good cardio systems for energy storage can run out of gas if pressed too soon. Neither type generally succeeds at stud.

Even though it made little difference in the racing careers of Halo and Southern Halo, their genetics fell into a biomechanical limbo that required their mates to bring less weight to the table so as to produce efficient racing progeny, which apparently happened.

When we ran the biomechanical profile of Roberto and Kris S., we hit a “holy moly” minute: Both also carried more weight than we expected. And as in the case of Halo and Southern Halo the most successful sires in this branch had obvious biomechanical balance from their dams so that they were somewhat more balanced in terms of weight and efficiency. 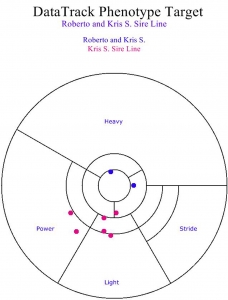 However, we have another curve to throw. This one involves the esoteric, which begins with the fact that Roberto and Halo were both foaled in 1969, coincidence, no? Both were out of very decent but totally unrelated female families and both were sired by Hail to Reason, foal of 1958, a huge, somewhat heavy horse who was among the most charismatic, and to many at the time, over raced, horses in history–18 starts, all at two when he was champion but broke down without racing again.

To the mind of a high school sophomore who grew up a few miles from both Aqueduct and Belmont, in the same borough as the owner-breeders of Hail to Reason, Hirsch and Ethel Jacobs (along with quiet partner Isidore Bieber), what mattered just as much was the oft-repeated references made by them in the press of how the son of *Turn-to and his dam, Nothirdchance (1948, by Blue Swords), came by their names.

If you grew up around that time and knew the history of the two world wars and survivors who were friends and neighbors, you knew instinctively that Nothirdchance was a specific wish the Jacobs’ had for the world to never give fascism a third try. That we live in a world in which many would argue there are examples of third chances emerging everywhere in the West, we can hope that reason may prevail, as have the descendants of that stallion, whose name inspired so many, on the 60th anniversary of his birth.