Board and Standing Committee of HISA Announced 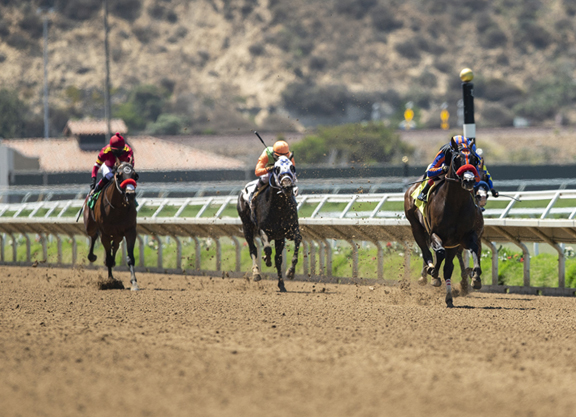 The Horseracing Integrity and Safety Authority's nominating committee announced its board of directors and standing committees. The process was led by Nancy Cox, University of Kentucky vice president for land-grant engagement and dean of the College of Agriculture, Food and Environment, and Leonard Coleman, former president of the National League of Professional Baseball Clubs.

The members of the Anti-Doping and Medication Control Standing Committee are:

The members of the Racetrack Safety Standing Committee are:

The 2020 Horseracing Integrity and Safety Act created the Authority as the independent governing structure charged with proposing and enforcing health-and-safety standards subject to consideration and adoption by the Federal Trade Commission over Thoroughbred racing in the United States.

“On May 5, the Horseracing Integrity and Safety Authority Nominating Committee put forward a list of individuals charged with oversight of the Thoroughbred racing industry moving forward,” said Eric Hamelback, CEO of the National HBPA. “Yet not surprisingly this group of professionally diverse individuals still lacks the independence and non-conflict of interest that has repeatedly been promised. Are we surprised not one member of a representative horsemen's organization or a horseplayers' representative were appointed? No, we are not. While we appreciate the efforts put forth to this point, there remains the issue of HISA's legality. There are two legal challenges now, with possibly more to come. I suggest some of the focus of this appointed Authority be to spend some time resolving the concerns of many in the industry.”

“The HISA Authority and standing committee appointments announced today include a diverse group of individuals with the right combination of independence and relevant experience necessary to establish uniform national anti-doping and racetrack safety standards as well as implement the tough but fair enforcement procedures essential to ensuring compliance with these standards,” said Alex Waldrop, CEO & President of the NTRA.

Under the authority and oversight of the Federal Trade Commission, the Authority board and standing committee members are responsible for developing, implementing and enforcing a series of uniform anti-doping, medication control, racetrack safety and operational rules to enhance equine safety and protect the integrity of the sport.

“The Horse Racing Integrity and Safety Act (HISA) is a monumental step forward that will help secure the future of thoroughbred racing in the United States,” said David O'Rourke, President & CEO of NYRA. “The appointment of the HISA Authority Board of Directors marks the next step in the implementation of this crucial legislation, and NYRA looks forward to working closely with the well qualified individuals announced today.”

This story was posted in Top News and tagged board member, HISA, Horse Racing Integrity Act.