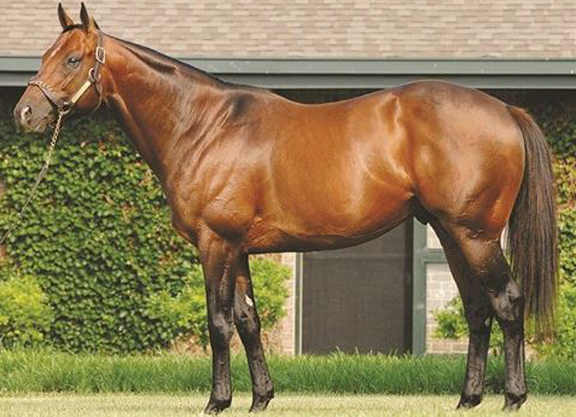 Bluegrass Cat has been sold to Nimet Arif Kurtel to stand at his Karacabey Boarding Stud near Izmit, Turkey, where he will join Victory Gallop, Lion Heart and Corinthian. He is scheduled to depart Ballena Vista Farm in California in late June for Sancal Racing at Elmendorf Farm in Kentucky prior to shipping overseas.

Trained by Todd Pletcher for owner/breeder Winstar Farm, Bluegrass Cat won the 2006 GI Haskell Invitational and also was second in that term's GI Kentucky Derby. From 10 crops of racing age, Bluegrass Cat has sired 33 stakes winners and the earners of more than $42 million.

“Mr. Nimet Arif Kurtel will support him with his own mares and with plans to race the offspring,” Ballena Vista Farm Manager Mike Jimenez said. “He will also have available a few limited seasons to other breeders. Bluegrass Cat will be missed not only by us at Ballena Vista Farm but the California breeders who supported him.”