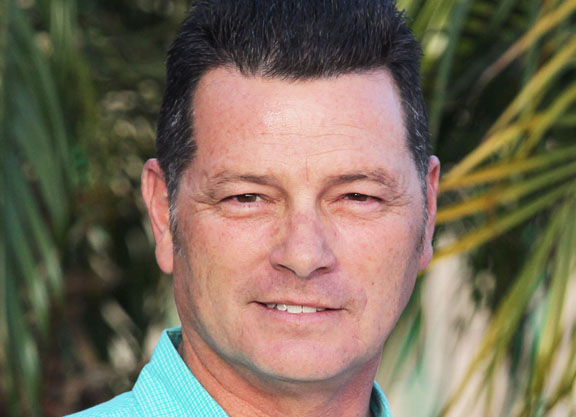 A complaint involving a banned bisphosphonate has been lodged by the California Horse Racing Board (CHRB) against trainer Jeffrey Metz, summoning him to a stewards' hearing.

According to a CHRB complaint dated Apr. 29, a positive for tiludronic acid was confirmed via split-sample testing from Camino de Estrella (Mineshaft), who finished sixth in the third race Sept. 27, 2020, at Santa Anita.

The now-7-year-old gelding was claimed that day for $20,000, and has finished no better than sixth in four subsequent starts for a four-way partnership that includes trainer Bill Spawr.

The complaint states that, “Tiludronic Acid is considered a prohibited drug substance Class 1 Penalty Category A,” which is the most severe classification.

But a separate CHRB rule states that, “Any drug or its metabolite or analogue thereof found to be present in an official test sample that is not classified in Rule 1843.2 of this division shall be classified as a Class 1 substance and a Category 'A' penalty until classified by the Board.”

On July 1, 2020, the CHRB enacted Rule 1867.1, which broadly prohibits the administration of bisphosphonates to any horse within a facility regulated by the CHRB and also prohibits any horse from entering the grounds if it has been administered a bisphosphonate within the prior six months (effectively making the rule retroactive to Jan. 1, 2020).

According to the ARCI's ruling database, Metz has two medication violations within the past five years, one each for Class 3 (xylazine in 2018, fined $250) and Class 4 (triamcinolone acetonide in 2016, fined $300). Both occurred at Emerald Downs, where he has won four training titles, and on both occasions the stewards there cited Metz's lack of a history of medication violations in issuing penalties for those two offenses.

In California, the recommended penalties for first-time Class 1 violations by a trainer call for a minimum one-year suspension and a minimum fine of $10,000, although mitigating circumstances can be taken into consideration.

The complaint states that, “the horse shall be disqualified and any purse money forfeited.” The complaint lists the owners of Camino de Estrella at the time of the positive test as Jeffrey West (Saratoga West), Scott Gruender (Horseplayers Racing Club) and Jeremy Hodges.

No date for a stewards' hearing was listed on the complaint.