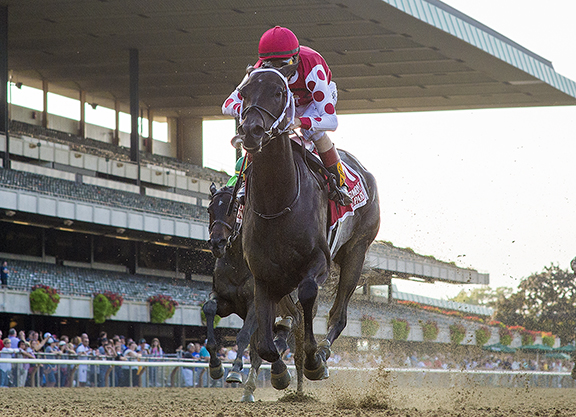 Champion Midnight Bisou (Midnight Lute) took the lead in this week's NTRA Top Thoroughbred Poll with 376 votes. The position was previously held by fellow champion Maximum Security (New Year's Day), who bested his female counterpart in the $20 million Saudi Cup Feb. 29. In the wake of the doping controversy, which involved Maximum Security's trainer Jason Servis, NTRA voers were given the opportunity to adjust their selections if they wanted.

The full results can be viewed here.