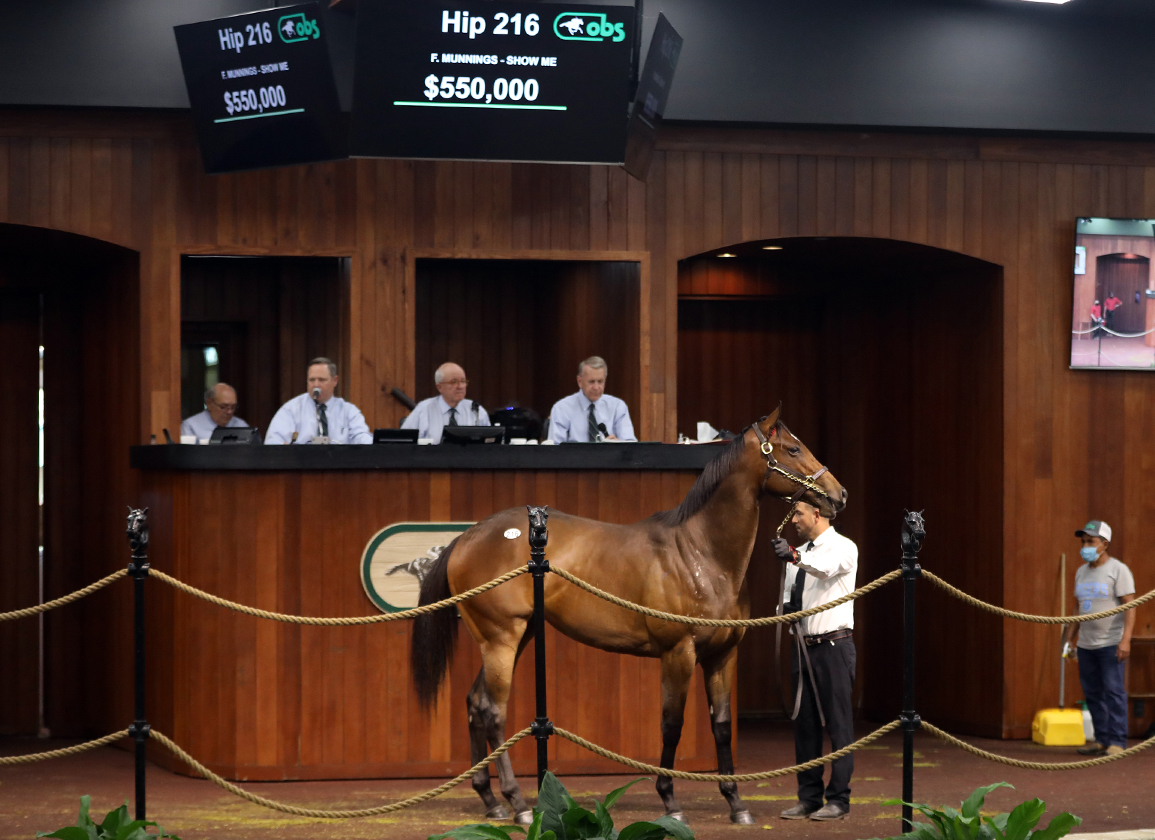 Eda in the ring at OBS March | Photos by Z

A wide-open field of 11 juvenile fillies have been entered for Friday evening's GII Sorrento S. at Del Mar.

Smash Ticket (Midnight Lute) is the 9-5 morning-line favorite off the heels of a field-best 78 Beyer Speed Figure earned in a five-length maiden score at second asking for trainer Todd Fincher at Del Mar July 17. She impressively dueled clear that day after breaking poorly. The dark bay was previously a debut second in the Lone Star mud June 5.

“It was a pretty big ask for her to jump on a plane, fly across country, step off and win,” Fincher said. “But she had shown a lot in her first race, so we had high expectations that she could. We think she's got a really bright future.”

Eda (Munnings), a $550,000 OBS March graduate, earned her diploma at first asking via disqualification after crossing the line a nose short for Bob Baffert at Santa Anita June 19. The unlucky Ko Olina (Stanford) returned to graduate versus Cal-breds in her next start.

Elm Drive (Mohaymen) kicked off her career with a blowout, eight-length decision on debut over four rivals at Los Alamitos June 26. The runner-up that day We All Agree (Unified) won next out in a $50,000 maiden claimer July 23.