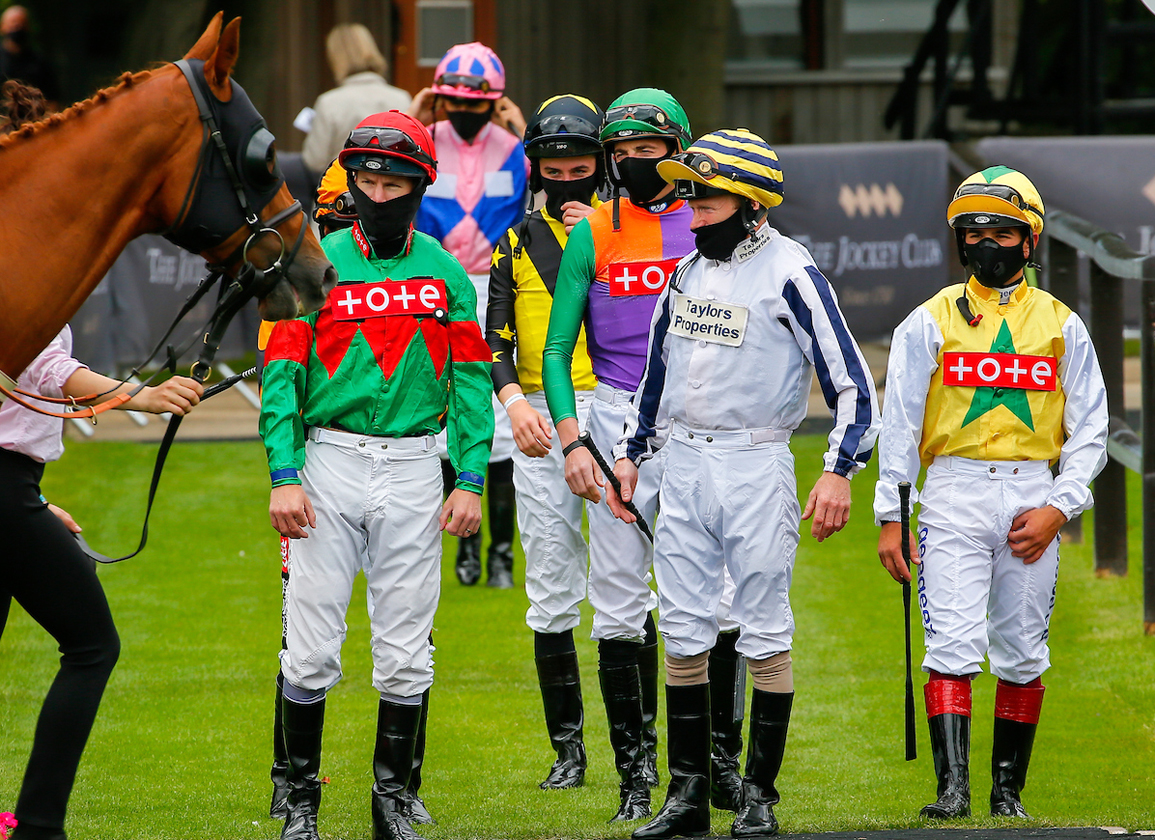 The British Horseracing Authority is defending and moving to clarify its decision to raise the minimum and maximum weights for jockeys by two pounds in place of the three-pound Covid weight allowance, a decision that has received criticism from some members of the riding colony.

“The three-pound Covid allowance was a temporary, emergency measure introduced to support jockeys when saunas and gyms were closed as an infection control measure. As part of the consultation regarding the potential removal of saunas, longer-term solutions were discussed to ensure that jockeys continue to be supported should saunas be removed. The three-pound Covid allowance has not been removed in its entirety, as has been suggested. It has been replaced by a two-pound rise in both min and max weights in all races other than pattern races (where weights structure will be reviewed on a race-by-race basis) and flat amateur races.

“The raising of the maximum weight in handicaps has the effect of shifting the weights up, meaning all riders will carry two pounds more than previously was the case in the vast majority of GB races pre-Covid, and just one pound less than during temporary Covid measures. A three-pound allowance for safety equipment, introduced following the requirement to wear a Level 2 body protector, will remain in place, as will a further one-pound allowance for all flat jockeys during the winter months to account for an extra layer of warm clothing. The two-pound rise also brings maximum weights in line with those in Ireland.

“The two-pound weight rise was agreed by the industry Racing Group, which includes cross-industry representation. The process that was followed to implement these changes included consultation with jockeys, through multiple meetings with the PJA. This is an issue which affects more than one part of the sport, and as such consultation also took in views from other sectors. Concerns were expressed by NTF (National Trainers Federation) about potential impact on some horses of routinely setting higher weights.

“Decisions such as this require a balancing of the varying views collected through the consultation to determine the most appropriate recommendations. The resultant recommendations were then presented to the cross-industry Racing Group prior to being ratified by the BHA board. The two-pound weight rise is one pound less than was requested by the PJA through the consultation, and is an outcome which reflects consideration and balancing of all of the conflicting views presented by the parties consulted with. Further to the consultation with their representative body, the BHA would of course be happy to discuss and explain the changes with any jockeys who would like to speak further with us.”

Liam Keniry was among the riders to share his view.

“It definitely was not what we were expecting,” he said. “We obviously did the vote, which I don't know what happened to that. Collectively everyone's not very happy at all–the saunas have been ripped out and we're not keeping our allowance. They have given with one hand and taken away with the other. The majority of the weighing room all feel the same way.

“I don't know what the course of action will be. I haven't spoken to Dale [Gibson, Professional Jockeys Association interim chief executive officer] yet. I didn't hear anything about strike action, but there is a level of frustration rather than anger.”

Former jockey Nicky Adams, who is now agent to last year's Derby winning jockey Adam Kirby among others, said, “It has worked perfectly well. Everybody knew that when Covid arrived they stopped the saunas, which was probably a blessing in disguise as far as the racecourses were concerned as they wanted to get rid of them for a long time. They gave everybody three pounds and now they are taking it away and not giving them anything. It is ridiculous.

“People are always going to have to lose a bit of weight somehow, because that is just the way the game was years ago, let alone now. We have just all got used to having the three pounds and now they are messing about with it again. Listening to the jocks, I don't think anyone is happy about it at all. All the jocks have got used to that three-pound allowance now and we have got on fine with it for two years, so why they suddenly have to change the system is ludicrous, really. We have all got used to it, we all know where we stand with it and to go changing it again doesn't help anyone to be totally honest, and that is from a former lightweight jockey.”