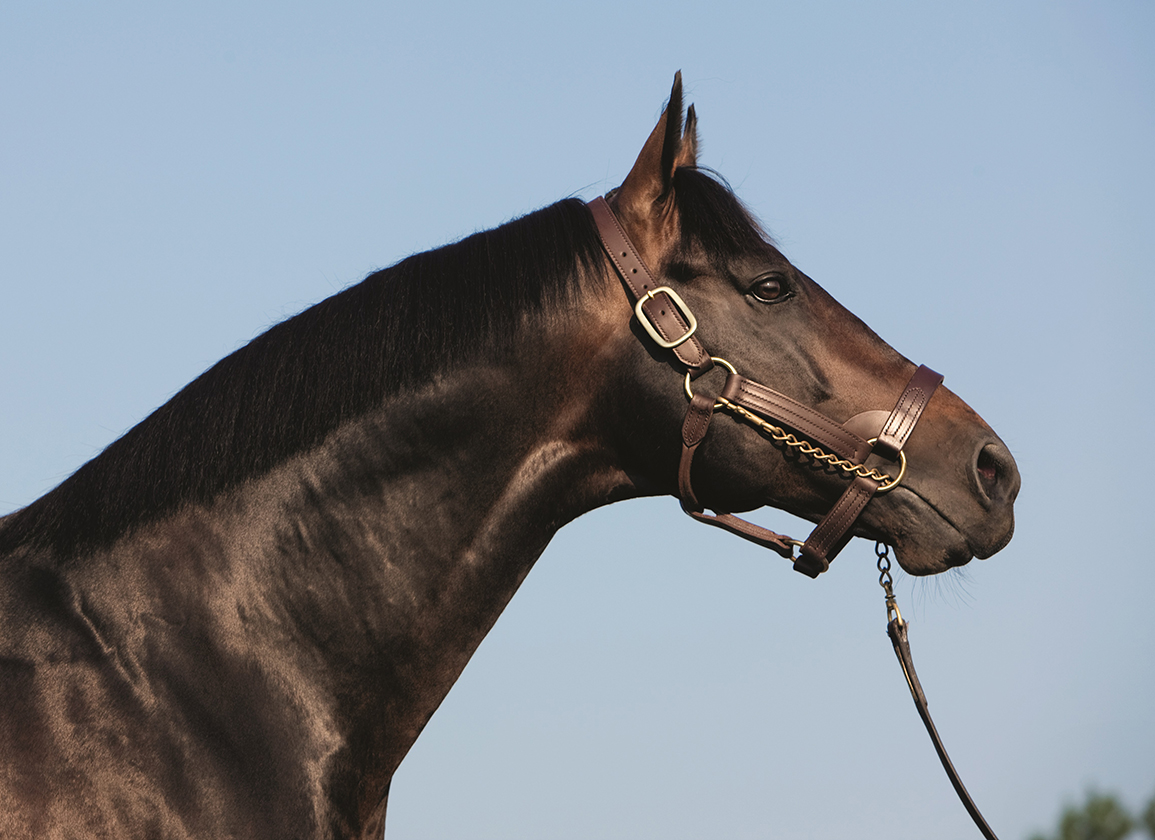 Classic winner and leading sire Bernardini (A.P. Indy-Cara Rafaela, by Quiet American) was euthanized July 30 at Darley's Jonabell Farm in Central Kentucky due to complications from laminitis. The 18-year-old stallion, a homebred for Sheikh Mohammed's operation, has stood at Jonabell since he was retired for the 2007 breeding season.

“Bernardini was one of a kind,” said Michael Banahan, director of farm operations for Godolphin USA. “From the day he was born, he exuded class. He was that crop's best foal, best yearling, and best racehorse. His brilliance was only surpassed by his wonderful character. He will be sorely missed by all on the farm, but especially by his handler for the past 15 years, Philip Hampton. It was an honor to be a custodian of this Classic-winning stallion whose legacy will live long as a broodmare sire.”

“Bernardini was such a majestic animal,” said Albertrani. “He was very talented, one of the best horses I've ever been around. I just feel very fortunate to have the opportunity to train him. He was a star.”

With his racing career complete, Bernardini entered stud at Jonabell and quickly delivered with four Grade/Group I winners in his first crop. With 12 crops of racing age to date, Bernardini has sired 48 graded winners and a total of 80 black-type winners, with progeny earnings barely shy of $100 million. His Grade/Group I winners globally number 15. Among his top runners in the U.S. are triple Grade I winner Cavorting, Travers and GI Cigar Mile winner Stay Thirsty, Travers and GI Woodward S. winner Alpha, and Woodward and Cigar Mile winner To Honor and Serve. Bernardini also shuttled to Australia for eight seasons, where his top runners from that foray include New Zealand 2-year-old champion and G1SW Ruud Awakening (Aus). Bernardini ranked 20th on the Lifetime Active Sires List at the time of his death.

For all of Bernardini's accomplishments as a sire, it is as a broodmare sire that he may make the biggest and most lasting impact. For the 2021 season, he currently has the highest percentage of graded stakes winners to starters of all broodmare sires with active runners. In May, he became the youngest stallion in history to hit the mark of 50 black-type winners as a damsire. Among the 54 stakes winners out of his daughters are 32 graded winners and 11 Grade I winners, including Maxfield (Street Sense), Catholic Boy (More Than Ready), Serengeti Empress (Alternation), Dunbar Road (Quality Road), and Colonel Liam (Liam's Map).

“Bernardini was Sheikh Mohammed's first winner of a Triple Crown race–and a homebred one, too–and then a leading sire,” said Godolphin USA president Jimmy Bell. “We have been blessed to have him. A beautiful horse, and a lovely character, we are lucky to have so many of his daughters on the farm to continue his legacy.”