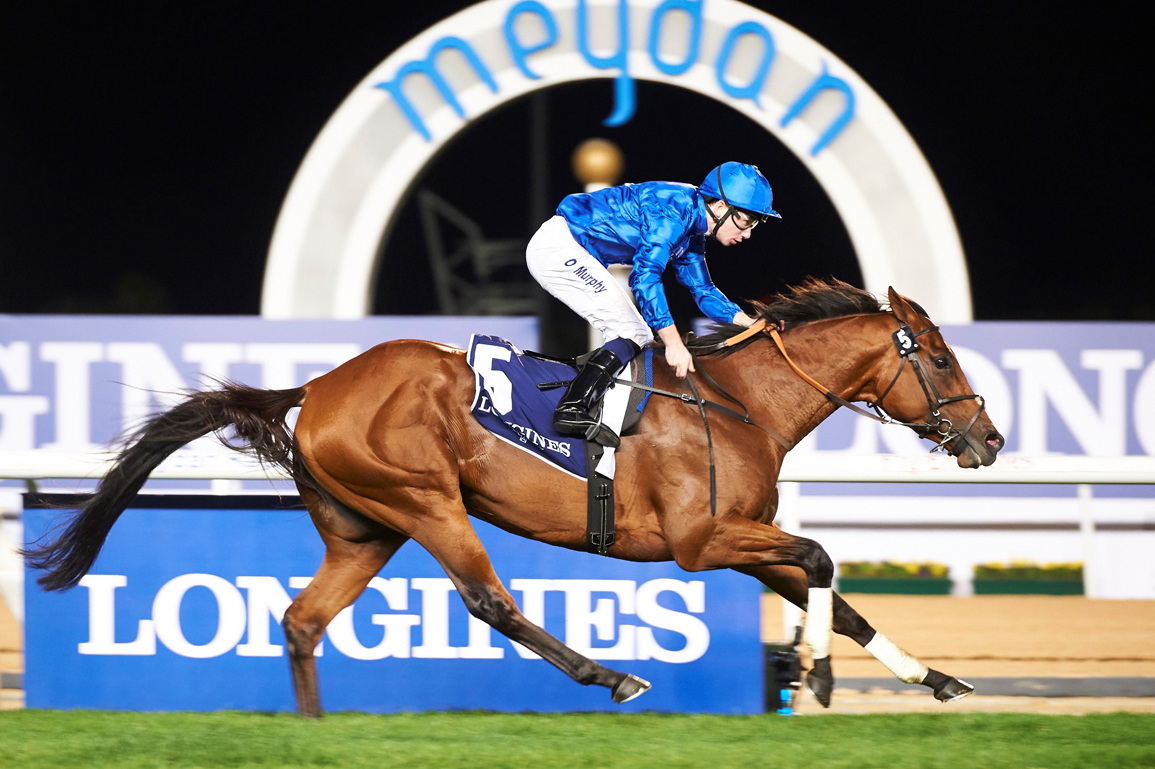 Now a 7-year-old, Godolphin's Benbatl (GB) (Dubawi {Ire}) still has relatively few miles on the clock as he launches his 2021 campaign in Saturday's G2 tote Celebration Mile at Goodwood. With nine pattern-race victories on his portfolio including the 2018 G1 Dubai Turf, G1 Grosser Dallmayr Preis and G1 Ladbrokes S., he has been in the wilderness since finishing third defending his title in the G2 Joel S. at Newmarket in September. “Benbatl had a nice break earlier in the season and we decided not to take him out to Dubai because he had a hard season last year,” Saeed bin Suroor explained. “This looks a good race for him over a trip that suits. He has been going well at home and is ready to get his campaign started, although we expect him to come on for his first run in almost a year.” Regular partner Oisin Murphy is reunited with the veteran and added, “I love the horse and he seems in really good shape. He's very healthy and very generous in his gallops. I know he's been off for a while and you'd expect him to improve for the run, but he's a superstar and at his best he'll take a lot of beating. I can't tell you how much I adore the horse. He was my first Royal Ascot winner, I rode him in the Derby when he didn't stay but some of his figures throughout his career have been outstanding.”

Shadwell's TDN Rising Star Mutasaabeq (GB) (Invincible Spirit {Ire}) goes back up in class having finished seventh in the G1 2000 Guineas at Newmarket May 1 and 16th on testing ground that hampered him in Royal Ascot's G3 Jersey S. June 19. Either side of those efforts are two good-ground conditions wins by a cumulative margin of 10 lengths over seven furlongs at Newmarket Apr. 13 and Haydock July 16 and this should fill in more of the gaps for this unknown quantity. Fellow 3-year-old colt Chindit (Ire) (Wootton Bassett {GB}) has yet to recapture the momentum of his G2 Champagne S. win in September, but his four starts this term show that he is at least a solid performer at a certain level. Michael Pescod's bay stuck with Palace Pier (GB) (Kingman {GB}) and co when fifth in the G1 Prix Jacques le Marois at Deauville Aug. 15 and trainer Richard Hannon is hoping he can get back on track here. “He's been running okay. He's looked just slightly below that very top level, he's finished fifth in three group 1s in a row but he's run with huge credit, the last race particularly,” he said. “Maybe he didn't stay that last half-furlong. An easy mile should be right up his street, there's no Poetic Flare, there's no Palace Pier. He's been running in the very top mile races and this is a good chance for him.”