Home » Archive » Shared News » Bell's the One to Beat

Bell's the One to Beat 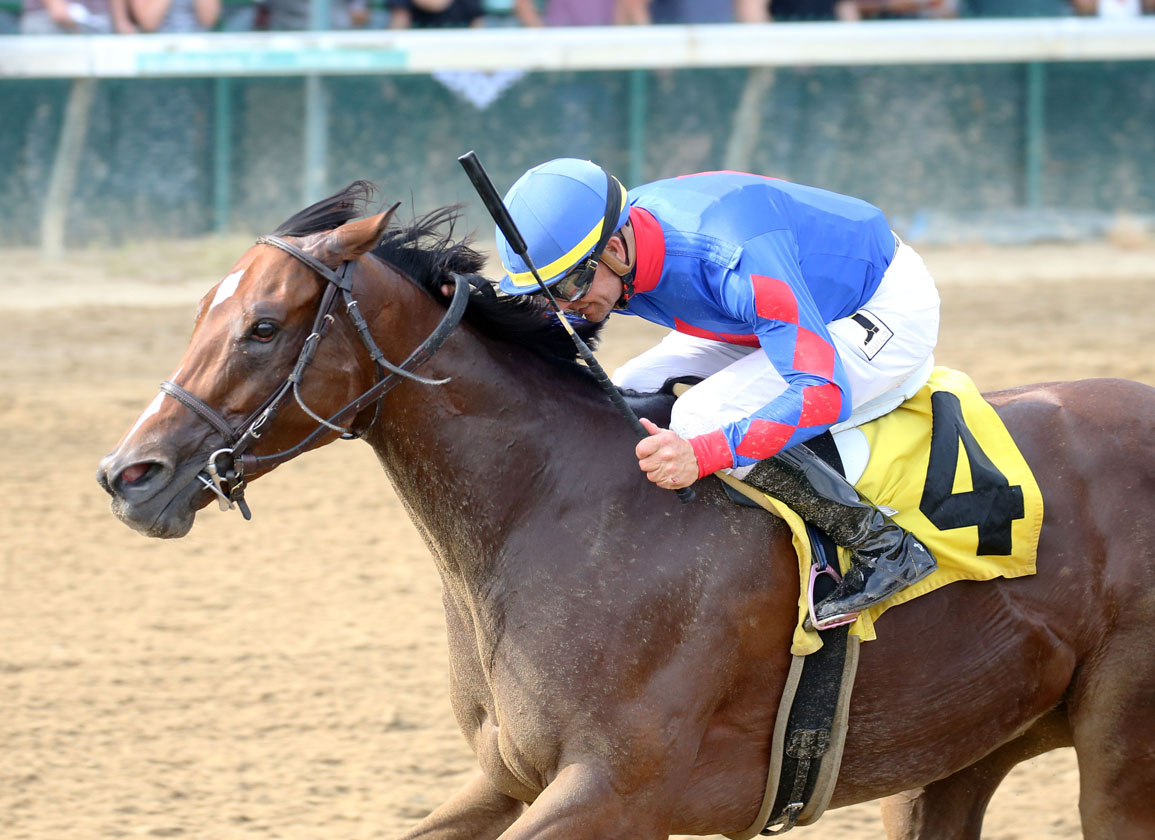 Bell's the One | Coady Photo

Lothenbach Stables Inc.'s Bell's the One (Majesticperfection) takes on six rivals in Wednesday's GII Honorable Miss H. at Saratoga. The Neil Pessin pupil annexed last September's GI Derby City Distaff by a nose before finishing third behind Gamine (Into Mischief) in the GI Breeders' Cup F/M Sprint in November. Second in Keeneland's GI Madison S. Apr. 3, she was fourth in defense of her Derby City title May 1–again behind the nearly unbeatable Gamine and two other next-out graded scorers. The 5-year-old was last seen taking a tougher-than-average renewal of Churchill's Roxelana S. June 19, and prepped for this with a sharp :47 flat bullet breeze over the Arlington all-weather last Tuesday.

“I'm really not scared of any sprint filly in the country right now, to be honest,” Pessin said. “It's just a question of if she runs her race. If she does, she's going to be tough to beat no matter who shows up. I respect them all, but I don't fear any of them. I'm very confident in my filly's abilities.”

While Bell's the One is a perfect four-for-four and a graded winner at this six-furlong trip, she's likely slightly better going longer and as a late runner is somewhat vulnerable to pace dynamics. Among those who figure to show speed are rail-drawn 'TDN Rising Star' Ain't No Elmers (Goldencents), who found her best foam in a Churchill optional claimer June 17; and Honey I'm Good (Shackleford), a neck winner on Monmouth's Regret S. July 3 over a sloppy track.

This story was posted in Shared News and tagged Bell's the One, Honorable Miss, Majesticperfection, Neil Pessin, Saratoga.