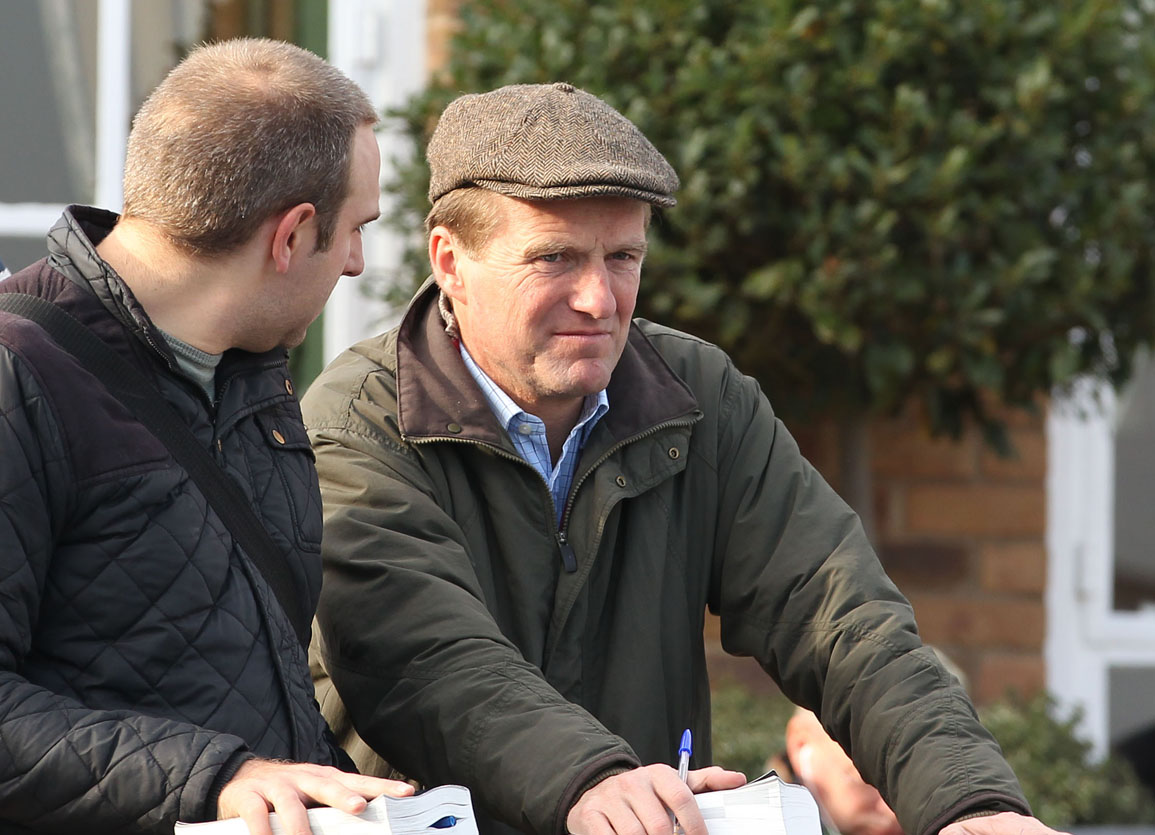 Beckett: “They decided to vote with their feet.” | Tattersalls

Irish Derby-winning trainer Ralph Beckett has blasted the poor prize-money on offer in Britain in response to no runners being declared for the final race at Newbury on Saturday.

Beckett, who sent out Westover (GB) (Frankel {GB}) to win the Curragh Classic last month, labelled the purse for the Newbury race that did not attract a single declaration “a disgrace.”

He said, “£6,500 for a novice race at a Grade 1 track on a Saturday is a disgrace. Furthermore, when the race conditions were published a month ago, it was published at £5,300. It was only upped on Monday and that was too little, too late.”

Beckett added, “Horsemen are independent people and are fed up with the derisory prize-money on offer in general and in this instance they decided to vote with their feet.”

In what can only be viewed as a boycott in response to the issue of poor prize money, not one of the 13 entries for the Stonegate Homes Fillies' Novice S. were declared.

The 10-furlong contest had a prize fund of £6,500, the same as the opening contest on the card, for which 11 runners were declared.

Some of the biggest yards in the country had entries at the initial stage, including John and Thady Gosden, Saeed bin Suroor, Roger Varian and Beckett.

Beckett, who is president of the National Trainers' Federation, has decided to run his entrant elsewhere due to the prize money on offer.

The other six races on the Newbury card features 64 runners but the track's chief executive Julian Thick described himself as disappointed that the finale couldn't attract a runner.

He said, “It is hard to imagine this isn't a concerted action with a race that had 13 entries from 10 different stables receiving no declarations. It's particularly disappointing for our racegoers to only have six races to enjoy on Saturday afternoon with over £400,000 of prize-money on offer.

“Newbury has always had a portfolio of races run at different values and aimed at different types of horses throughout the year, this year is no different. As an independent PLC we are transparent about our prize-money strategy and our finances and have an ongoing dialogue about this with the NTF.

“We have to run the racecourse on a sustainable basis and we have committed to return to overall 2019 prize-money levels this year, despite having lost £2.4m in 2020 and barely breaking even last year as a result of Covid.

“With all the revenue uncertainty and the rising cost pressures racecourses are facing at this current time, we believe that's a substantial commitment by our shareholders. Looking at our forecast for 2022, we will be putting up £2.5m in executive contribution to prize-money this year, which is the largest amount the racecourse has ever committed to.

“We have recently publicly announced an increase to prize money levels when our new media contract comes into effect next year, committing a minimum of 40% of total media revenues to our prize money for the next three years.

“As a PLC, our total media revenues and profits are always fully disclosed unlike most other racecourses, giving full transparency so there can be no misunderstanding about our commitment.

“Given this background, it's disappointing this has happened and at a time when the industry needs to pull together.”

A spokesperson for the British Horseracing Authority said, “It is the responsibility of all leaders within racing to work together to improve the prize-money situation so that we can retain the best horses in Britain whilst also maintaining a horse population that consistently provides competitive and compelling racing.

“Addressing this challenge will form a key part of the strategy that British racing's leaders recently pledged to work together on last month.

“While it is disappointing to have arrived at such a situation on a key day for racing, the BHA remains optimistic that improvements to prize-money and its distribution across the race programme can be found through constructive dialogue between ourselves, racecourses and participants.”