BBA Ireland Buys Txope For €1.2 Million On Behalf Of Yulong At Arqana 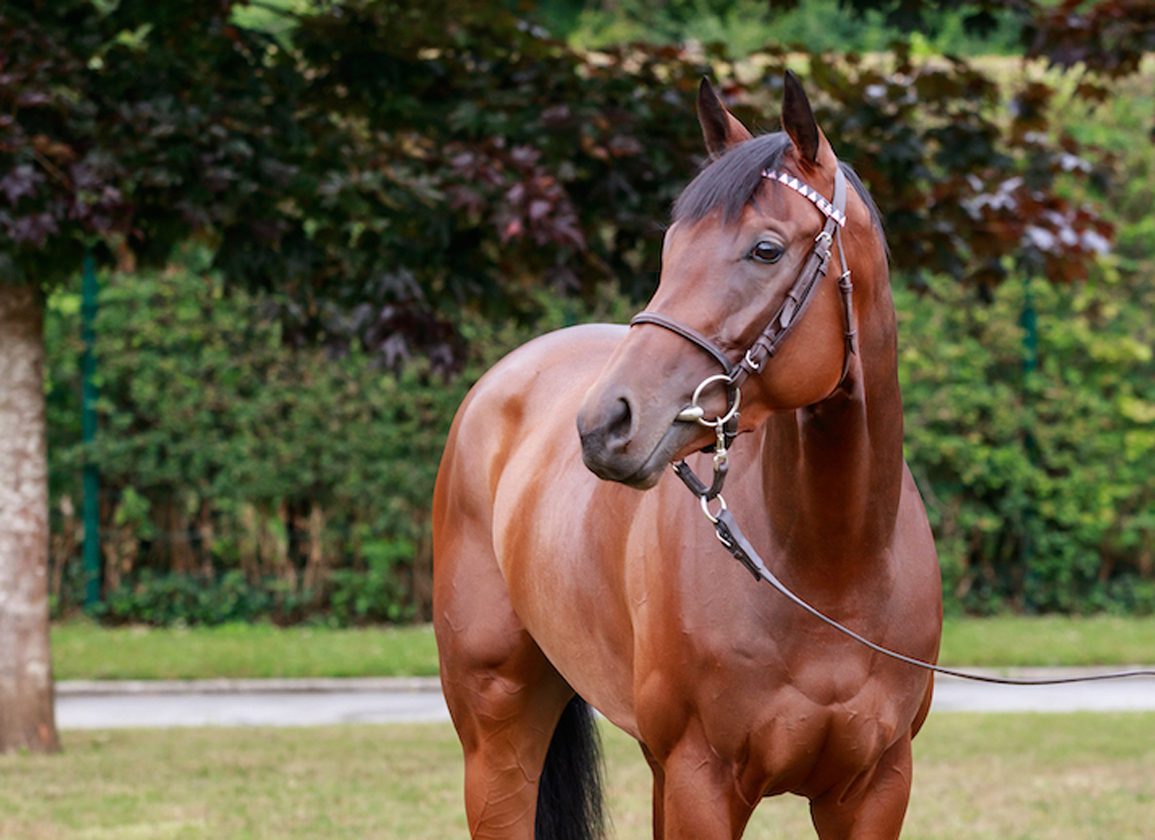 Demand for horses-in-training under both codes and breeding stock was at a premium in Deauville, as the Arqana Summer Sale wrapped its two-day stand on Friday. Towering over the proceedings was the €1.2-million purchase Txope (Fr) (Siyouni {Fr}) (lot 421), who caught the eye of BBA Ireland's Michael Donohoe acting on behalf of Yulong Investments.

The daughter of three-time French listed-placed mare Power of The Moon (Ire) (Acclamation {GB) was bred by Haras Voltaire and consigned by trainer Philippe Decouz. Formerly an Ecurie Griezmann colourbearer, the relative of dual group winner Zinziberine (Zieten) captured the G2 German 1000 Guineas earlier this year. She cost Broadhurst Agency €310,000 when selling in this ring during the 2020 September Yearling Sale.

Donohoe said, “We can't wait to see her run – it is possible that we might send her over for the Del Mar Oaks in California in August but nothing is decided yet, we can't wait to discuss options. She's a racing prospect and a breeding prospect, and she will be a lovely broodmare in Australia.”

Txope was not the only filly to join the Yulong Investments fold Friday, as BBA Ireland also snapped up lot 240, the juvenile winner Kesariya (Fr) (Exceed And Excel {Aus}) from The Aga Khan Studs, for €150,000, as well as Follow The Rainbow (Fr) (Pivotal {GB}) (lot 316) for just €56,000 from La Riviere. The former is out of the Listed Prix Hampton winner Kerasona (Fr) (Oasis Dream {GB}), who is a half-sister to G3 Prix du Bois victress Keratiya (Fr) (Iron Mask). A daughter of Arch Of Colours (GB) (Monsun {Ger}), Follow The Rainbow is from the same family as G1 Prix Maurice de Gheest winner Signs Of Blessing (Ire) (Invincible Spirit {Ire}).

“We'll decide on her next steps in the coming weeks,” said Sam Fairgray of Kesariya. “She could stay to be bred in the Northern Hemisphere or come to Australia.

Havana Grey (GB) has gotten off to a bright start with his first juveniles and the Whitsbury Manor Stud resident leads all European first-season sires by winners with 20. One of those, the Group 3-placed Havana Angel (Ire) (lot 471), was offered by Amy Murphy and proved popular on Friday. Out of the winning Claramara (Ire) (Epaulette {Aus}), who is a half-sister to listed winner Sweet Cecily (Ire) (Kodiac {GB}), the grey hammered to Narvick International Inc. for €320,000. A €10,000 Goffs November foal turned €20,000 Goffs Sportsman's Sale yearling, Havana Angel is a member of the same family as GI Claiborne Breeders' Futurity S. and GI Toyota Blue Grass S. hero Brody's Cause (Giant's Causeway).

“She'll come back to California,” said Emmanuel de Seroux of Narvick International. “I've bought her for Marsha Naify. I saw her at Chantilly and was impressed by her race. She also ran very well at Dieppe just beforehand. We think she has a lot of talent. The choice of trainer is up to her owner but there is a big chance that it will be Leonard Powell.”

In foal to Victor Ludorum (GB), Lyra Star (Ire) (Frankel {GB}) (lot 247) was the priciest broodmare on Friday, with MAB Agency signing for the 4-year-old at €135,000. Her dam, the G3 Prix de Psyche third Light The Stars (Ire) (Sea The Stars {Ire}), is a half-sister to standout sire and Classic winner Lope de Vega (Ire) (Shamardal), as well as three other black-type winners.

Not to be outdone by their Flat brethren, jumps trainers were also out in force during the second session and Willie Mullins, buying with Harold Kirk and Pierre Boulard, shelled out €360,000 for the gelded Spanish Harlem (Fr) (Spanish Moon) (lot 493) from Gabriel Leenders. A winner of his only start at Auteuil, the 4-year-old's dam is a half-sister to Grade 2 chase winner Roi des Francs (Fr) (Poliglote {GB}).

“We've bought him [Absurde] for clients of Willie Mullins that like dual-purpose horses that can go over jumps or over long distances on the flat, and Absurde really fits this profile,” explained Pierre Boulard.

The 3yo colt by #Almanzor (@Haras_d_Etreham) out of PRIVATE EYE finished second on his first start. pic.twitter.com/kGmf5vI64s

Tom Malone and Paul Nichols put up €255,000 for lot 444, the Camelot (GB) gelding Afadil (Fr). Consigned by The Aga Khan Studs, the bay has a win and a placed effort from three starts. His dam is a half-sister to the stakes winner Ashiyla (Fr) (Rock Of Gibraltar {Ire}).

Eric Hoyeau, Chairman of Arqana and Freddy Powell, Executive Director, commented following the sale, “The figures speak for themselves, we have just experienced an outstanding sale. We are obviously grateful to our vendors without whom this would not have been possible and to our buyers who stayed to the end. The percentage of horses sold is a testament to the strong market in all segments over the two days of the sale and the international demand. We are now looking forward to August!”