Bay Bridge At The Centre Of Wednesday's Royal Ascot Action 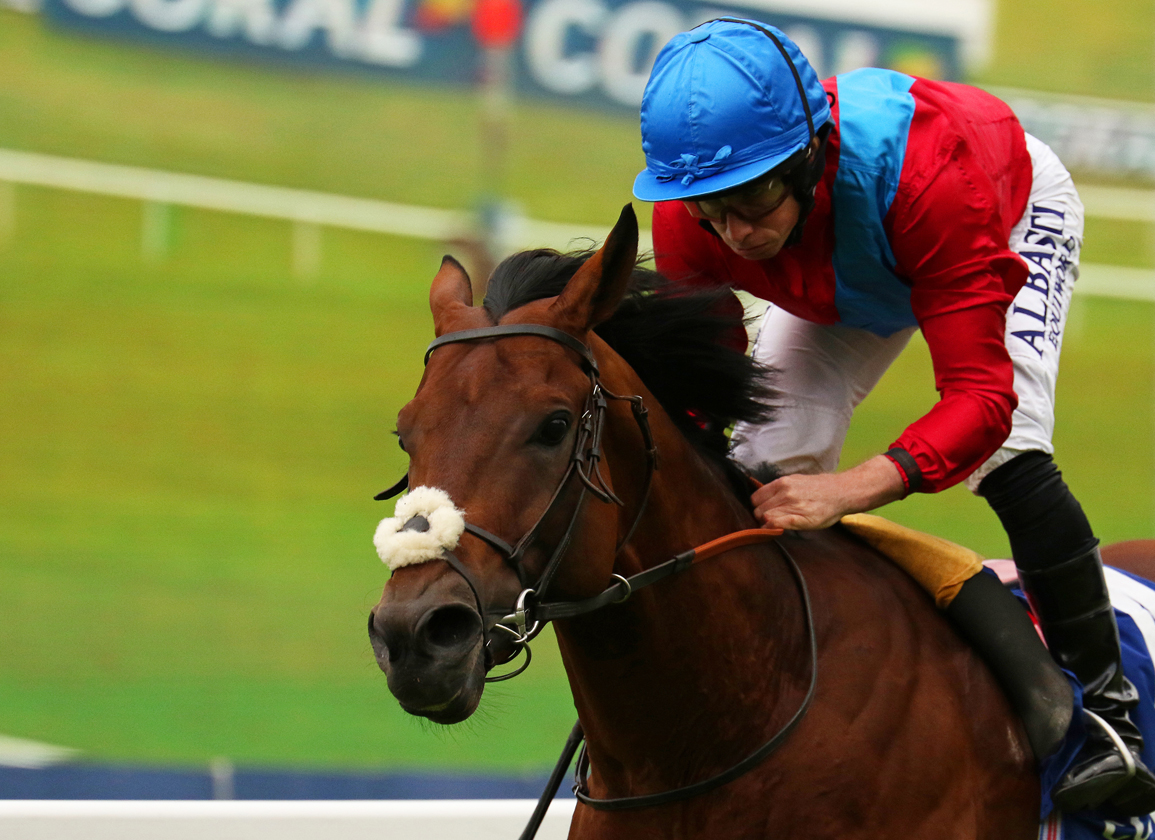 At the beginning of 2022, it would have taken an almighty leap of the imagination to envisage Sir Michael Stoute having one of the best years of his career but within the space of just over a month from mid-May it has become a reality. Quite what Desert Crown (GB) (Nathaniel {Ire}) can go on to achieve is anybody's guess and the non-believers are rightly in a minority where the Derby hero is concerned, but in Bay Bridge (GB) (New Bay {GB}) Newmarket's longstanding doyen has another to take to the world stage. Judged on his emphatic return success in the May 26 G3 Brigadier Gerard S., Sandown's key 10-furlong launchpad that the head of Freemason Lodge has harvested down the years, the 4-year-old who represents James Wigan and Ballylinch Stud is heading to the toppermost of the poppermost. Kept at a light simmer last term, the son of Ballylinch's rising star sire came violently to the boil last time. For Bay Bridge, read Mtoto (GB) or Pilsudski (Ire) or, more recently, Poet's Word (Ire) (Poet's Voice {GB}). He was that good. The G1 Prince Of Wales's S., a 'Win And You're In' for the GI Breeders' Cup Turf, is his first reckoning on Wednesday.

Is This The Breakthrough?

Surprisingly, Japan is without a Royal Ascot winner and have fared no better than sixth from the eight that have tried to date, but that could have been so different six years ago when A Shin Hikari (Jpn) (Deep Impact {Jpn}) went to post as the 8-13 favourite for this race only to falter and finish last. In a year where it feels like the tide has finally turned for the nation's fortunes on the international stage, it is another son of the late, great sire that comes forth this time in Shahryar (Jpn), Hideaki Fujiwara's G1 Tokyo Yushun and G1 Dubai Sheema Classic winner. Yasuhiro Matsumoto, manager of Northern Farm, is full of hope. “As a horseman, I want to win races in the UK with Japanese horses,” he stated. “It is a dream and a real honour for us to have runners at Royal Ascot. Many people think the Arc is the pinnacle, but I think many of the best sire-making races are in the UK.”

It is a measure of how far this contest has come since it was shifted to Group 1 status in the millennium year that it contains winners of top-level prizes in Dubai, Japan, the States and Australia as well as France and Britain despite there being just five runners. The only one to prevail in this company on British soil is Lord North (Ire) (Dubawi {Ire}), whose success in the COVID Prince of Wales's two years ago was followed by an outright win and dead-heat for first in the last two renewals of the G1 Dubai Turf. He could be suited by a potentially tactical affair, which may not apply to State of Rest (Ire) (Starspangledbanner {Aus}) who has a Cox Plate to boast of and at this stage is on a par with the 2011 winner of this race, So You Think (NZ). They met last time when State of Rest was a place ahead of Lord North in third in the G1 Tattersalls Gold Cup at The Curragh on May 22, but John Gosden believes there is the prospect of a reversal. “I think that he raced a bit too close to the strong pace at the Curragh and the one mile and two and a half furlongs there just stretched him a bit,” he explained. “He's a grand horse, but he needs to be ridden a little differently to Ireland.”

In the G2 Duke of Cambridge S., last year's 1000 Guineas and G1 Prix Rothschild heroine Mother Earth (Ire) (Zoffany {Ire}) bids to provide Aidan O'Brien with a first edition and get on track again after misfiring when seventh in Newbury's G1 Lockinge S. May 14. On what could be a big day for New Bay, his daughter Saffron Beach (Ire) re-opposes the Ballydoyle stalwart having galloped her into submission in Newmarket's G1 Sun Chariot S. in October. There is also the unknown quantity that is Cheveley Park Stud's Bashkirova (GB) (Pivotal {GB}), who is here just 10 days after her G3 Princess Elizabeth S. win, and 'TDN Rising Star' Sibila Spain (Ire) (Frankel {GB}) who came of age last time when winning the G2 Prix du Muguet at Saint-Cloud May 8.

A Day Of Contrasts

While the future stayers get their chance in the 14-furlong G2 Queen's Vase, the G2 Queen Mary S. and Listed Windsor Castle S. provide for the fast juveniles. Roger Varian has a live contender for the Vase in KHK Racing's unbeaten 'TDN Rising Star' Eldar Eldarov (GB) (Dubawi {Ire}), while Wesley Ward may have suffered a demoralising reversal on day one but in Stonestreet's sensational Keeneland winner and 'TDN Rising Star' Love Reigns (U S Navy Flag) he has the archetypal Queen Mary filly. Looking for a landmark fifth renewal, he is in reach of Fred Darling's record of seven winners of the five-furlong contest and if he keeps bringing radically fast types like this daughter of Coolmore's first-season sire he could even get there in this decade. “Every horse that kind of engaged her, she just exploded away from them,” Ward warned.

Another 'TDN Rising Star' in the Queen Mary is Clipper Logistics' impressive Newmarket maiden winner Dramatised (Ire) (Showcasing {GB}), who according to Karl Burke is in a league of her own as far as pace is concerned. “Her figures for her first run at Newmarket were pretty good and I'm adamant and convinced she's come on from that,” he said. “She's as quick as I've trained anyway, so we'll see.” Adding intrigue to the contest, there are a total of five others from the first crop of Havana Grey (GB), James Garfield (Ire) and Tasleet (GB) who had such a breakthrough moment on Tuesday. They include the Listed National S. winner Maria Branwell (Ire) by Rathbarry Stud's James Garfield and Havana Grey's Salisbury and Windsor winner Katey Kontent (GB), who looked special last time. In the Windsor Castle, Ballydoyle's 'TDN Rising Star' Little Big Bear (Ire) (No Nay Never) looks to hold the aces following his impressive Naas maiden success while the Roger Varian-trained Leicester novice scorer Bolt Action (Ire) (Kessaar {Ire}) is one of the more intriguing home-trained contenders.