Ballysax S. Added to European Road to the Kentucky Derby 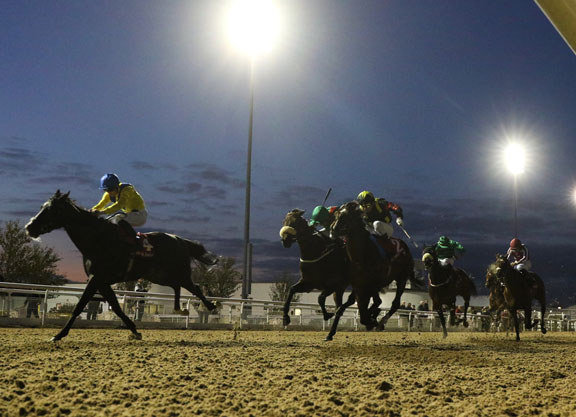 Churchill Downs announced that the G3 Ballysax S. at Dundalk would be added to the “European Road to the Kentucky Derby presented by Woodford Reserve”. This season’s Kentucky Derby will be contested Sept. 5.
Horse Racing Ireland (HRI), the national authority for Thoroughbred racing in Ireland, worked to transfer the Ballysax from Leopardstown to Dundalk Racecourse. The 1 5/16-mile race for 3-year-olds will be held July 12 over Dundalk’s all-weather synthetic surface. The points for the top four runners will be 30-12-6-3.

“We’re very appreciative of the cooperation shown by the HRI, Leopardstown and Dundalk Racecourse to assist our efforts with the European Road to the Kentucky Derby,” said Mike Ziegler, executive director of racing for Churchill Downs Incorporated.

Six races on the European Road to the Kentucky Derby have already been contested, including a quartet of point-earning Triple Crown nominees; Royal Dornoch (Ire) (10), Choice of Mine (Aus) (8), Shekhem (Ire) (4) and New World Tapestry (4).