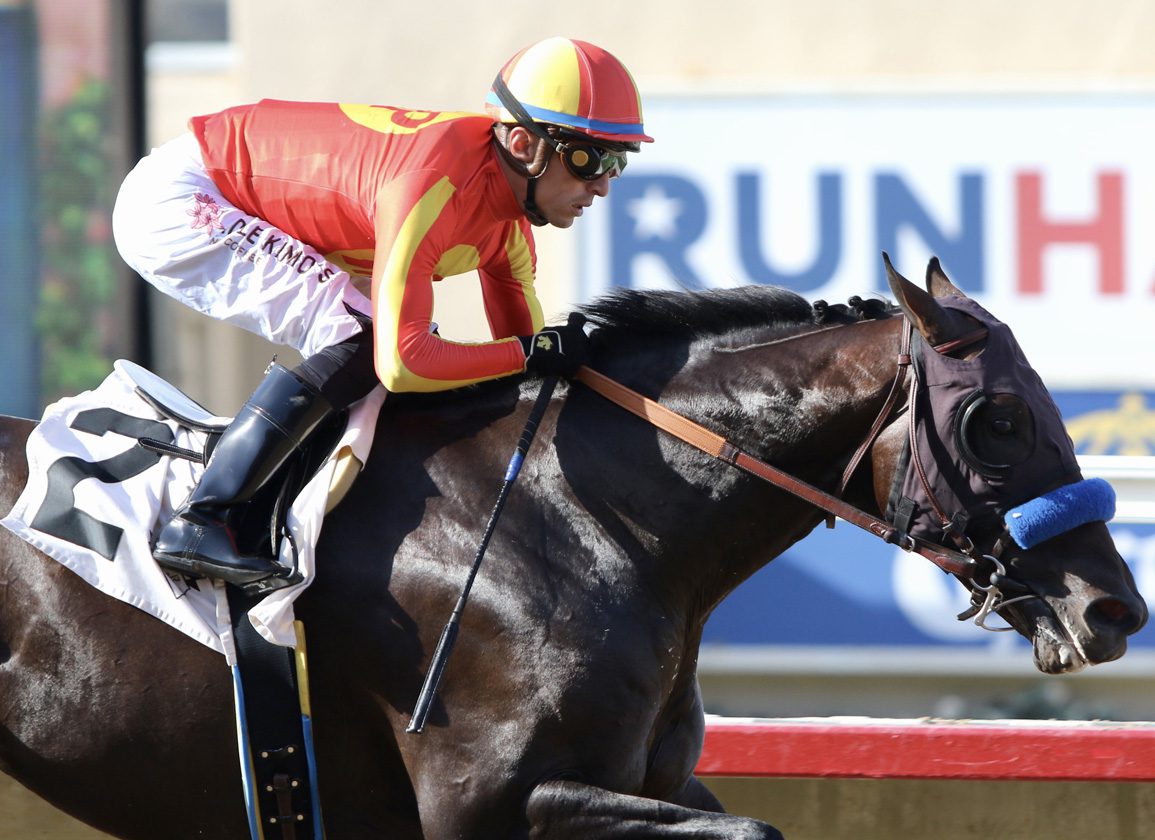 Cave Rock produced the field's best Beyer Speed Figure of 101 when blitzing the field in his Aug. 13 debut at this venue. The $550,000 KEESEP buy will likely be locking horns with his stablemate and fellow Pegram, Watson and Weitman colorbearer Havnameltdown on the front end, but that foe's Beyers are a full 20 points below Cave Rock. Juan Hernandez, who rode both in their last races, opted for Cave Rock while Mike Smith will ride Havnameltdown for the first time.

“His race was just off the charts,” Baffert said of Cave Rock's debut. “I was surprised he did something like that.”

Not to be forgotten, Newgate rolls into the race with a string of strong works, most recently breezing a bullet six furlongs in 1:11 4/5 at this venue Sept. 4. Unlike his stablemates, the colt has shown the ability to sit off the pace, which will work in his favors if his barnmates lock horns on the lead. John Velazquez returns to the West Coast to retain the mount.

“He hasn't run in a while but he's been working great,” Baffert said. “I think distance is not going to be a problem for him. Two turns is going to be better for him.”

The Hall of Famer continued, “All three are fast. [It's] if they don't get into each other's way. That first quarter is so important. If they go sub :22, none of them are going to be there.”

Agency (Bolt d'Oro) was second best to Havnameltdown in the GIII Best Pal last out Aug. 14. He is a mid-pack runner, who stands to benefit most from a pace meltdown, and will pick up the services of Flavien Prat.

After a busy day of graded racing Saturday, Kentucky Downs held one back for Sunday, the GIII Ladies Marathon S., which is topped by heavily favored GSW & MGISP Family Way (Uncle Mo).