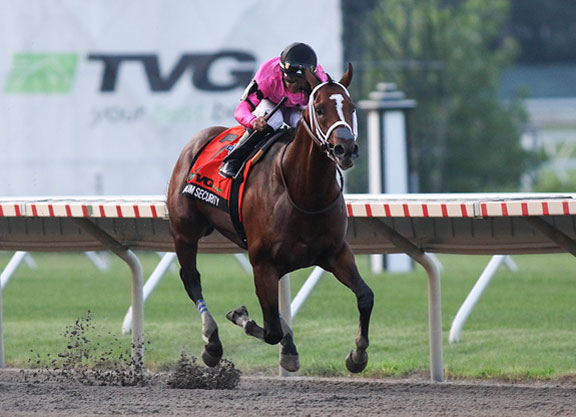 Maximum Security (New Year's Day) will be taken away from Jason Servis and turned over to Bob Baffert, owner Gary West said in a statement released early Tuesday.

West said that all the horses he has under Servis's care will be moved to new trainers. Servis is among 27 individuals who were indicted Monday by the District Attorney for the Southern District of New York in Manhattan, as part of a wide-ranging investigation into doping. Servis and trainer Jorge Navarro were the two most notable names involved in the probe.

West's statement read: “Yesterday, Jason Servis, a trainer we have used for five years was indicted on multiple charges regarding using an illegal substance in horses. This news is extremely disturbing and disappointing. Therefore we will be moving all our horses from Jason Servis as soon as arrangements can be made with other trainers. Maximum Security will be sent to Bob Baffert.”

In addition to the statement, West said the following in an e-mail to the TDN: “My statement represents all I know at this time; you would never ask me to, but I will not speculate or guess at anything–I hope you understand.”

Maximum Security is co-owned by West and Coolmore, where he will stand at stud following his racing career. He is coming off a win in the $20 million Saudi Cup, the richest horse race in history.

Baffert was a logical choice to take over the career of Maximum Security as he has trained numerous horses for West, including many of his top runners. Among them was Maximum Security's sire, New Year's Day (Street Cry {Ire}), the winner of the 2013 GI Breeders' Cup Juvenile.

According to horseracingnation.com, Maximum Security is in quarantine at Arlington Park and, once released, will be turned out at Dell Ridge Farm in Lexington.