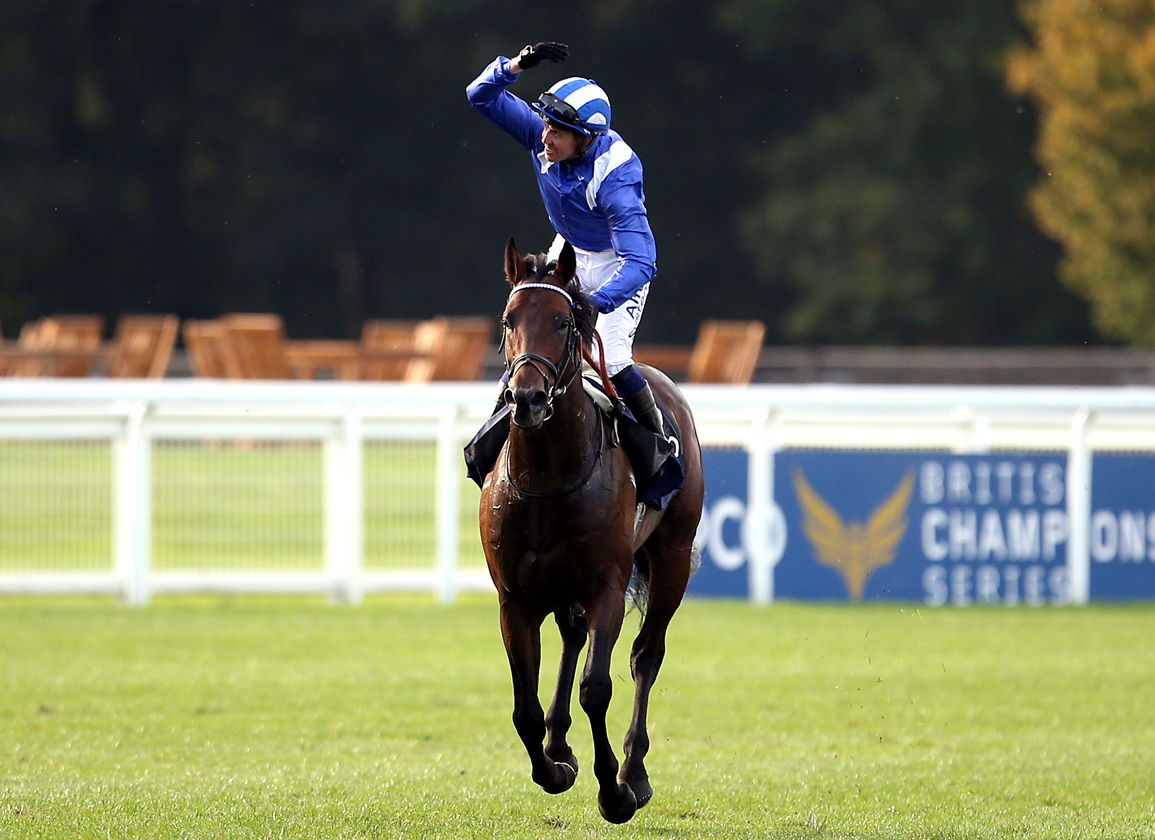 Royal Ascot 2022 will kick off with the cream of the crop, as Shadwell's Baaeed (GB) (Sea the Stars {Ire}) was confirmed Sunday for the meeting's opening G1 Queen Anne S.. William Haggas' unbeaten 4-year-old has six rivals to deal with as he looks to cement his place at the head of the World's Best Racehorse Rankings having got there with an emphatic return win from the re-opposing Real World (Ire) (Dark Angel {Ire}) in the G1 Lockinge S. at Newbury May 14. It hasn't escaped anyone's attentions that he is in the race that crowned Frankel (GB) as officially the greatest 10 years ago, but connections are staying away from that discussion. “Only you lot are doing the Frankel comparison,” Haggas said. “Frankel was an outstanding horse and was brilliantly-trained, because he was difficult. This horse is not difficult. Frankel was extremely strong and powerful, whereas this horse is much easier. Whether he's as good we'll have to see, but that's up to you lot to decide, not me.”

Set For The Strip Race

Only one pound below Baaeed in the Longines-sponsored rankings on 124 is the G1 King's Stand S.-bound Nature Strip (Aus) (Nicconi {Aus}), who meets Coolmore and Westerberg's Golden Pal (Uncle Mo) in an enticing international head-to-head over five furlongs, with 16 others looking to get involved including The Queen's May 21 G2 Temple S. winner King's Lynn (GB) (Cable Bay {Ire}). He is the first to represent the monarch during the Platinum Jubilee edition, but it will take serious improvement to see him upstaging the eight-times group one winner Nature Strip who looks to bring home a first Royal prize for Australia since 2012. “Nature Strip has really matured into a foolproof horse,” trainer Chris Waller said this week. “As it has worked out with him missing the last couple of Royal Ascot meetings due to Covid, we are now bringing a horse who is winning more often than not.”

Godolphin's Coroebus (Ire) (Dubawi {Ire}) has failed to scare away the opposition in Tuesday's G1 St James's Palace S., with the 2000 Guineas hero set to be taken on by 12 rivals but the draw has been kind in two and Charlie Appleby is bullish about his prospects in a renewal that is probably under-par. “His work's been more than pleasing of late and he'll be the horse they've all got to beat,” he said. “The Guineas is rock-solid form and he's the one everyone's excited to see. Going round the bend should suit him, as he's a strong traveller and it should allow him to come back behind the bridle a little bit and allow William to ride more of a race on him.” As will be the case all week, William Haggas will have a say with Sheikh Ahmed Al Maktoum's May 22 G2 Mehl-Mulhens-Rennen (German 2000 Guineas) winner Maljoom (Ire) (Caravaggio) and Sunderland Holding's May 19 Listed Heron S. winner My Prospero (Ire) (Iffraaj {GB}).

No Noble Style In The Coventry

While Coroebus is on target for Royal Ascot day one, Appleby's TDN Rising Star Noble Style (GB) (Kingman {GB}) will be missing from the line-up in the G2 Coventry S., it was revealed on Sunday morning. Having made a striking debut over five furlongs at the track last month, the exciting juvenile had traded as ante-post favourite for much of the intervening period but was ruled out by the trainer via the Godolphin twitter feed. “Noble Style pleased in his work yesterday, but he has since had some unsatisfactory blood results back. As a result, he will not run in the Coventry Stakes at Royal Ascot,” he explained. Aidan O'Brien will have two in the 17-strong line-up, with Frankie Dettori booked for TDN Rising Star Age of Kings (Ire) (Kingman {GB}) alongside Ryan Moore's already-accomplished mount Blackbeard (Ire) (No Nay Never).