Home » Archive » Shared News » At the Belmont, It’s All About ‘The Event’

At the Belmont, It’s All About ‘The Event’ 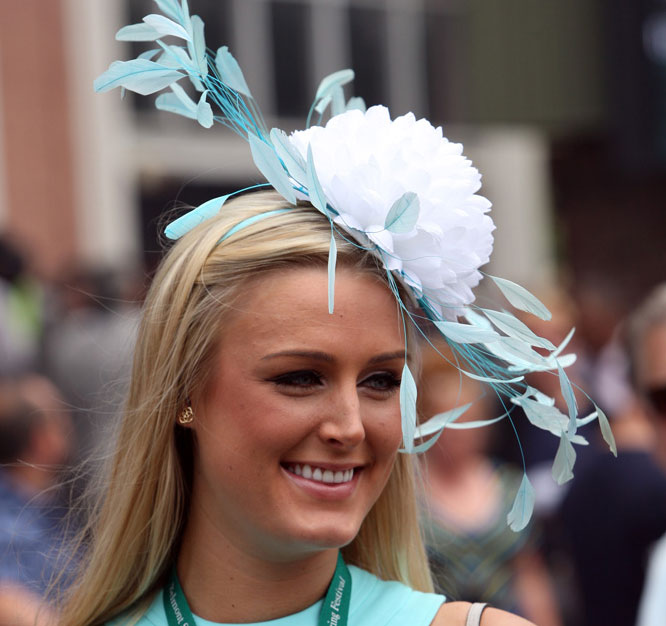 There was no sizzle to this race. Among the 11 horses that took their spot in the starting gate yesterday, there was no Kentucky Derby winner, no GI Preakness winner, no 2-year-old champion. There was not one star, not one great story. Even the Japanese horse, Epicharis (Jpn) (Gold Allure {Jpn}), who was set to add some international intrigue, was unable to perform.

Yet, none of that mattered one bit to the 57,729 people who packed the stands at Belmont Park or the people across North America who bet the card without restraint or moderation. This isn’t a horse race anymore, it’s an event. And that’s all that matters.

Full disclosure: I was not at Belmont Park yesterday. I have become the modern racing consumer. Give me my simulcast feed, a computer and an ADW account and I have everything I need. But I didn’t need to be there to understand what was happening. The huge numbers in attendance and on track ($11.6 million) and all-sources handle ($122.8 million) for the card told the story. So did the shots on NBC, as their camera crew adeptly captured a packed building and thousands of smiling faces. A lot of people were young, well-dressed and seemed to be having the time of their lives.

They didn’t care that Always Dreaming (Bodemeister) wasn’t in the Belmont, that the field was being compared to some of the worst Belmonts ever, and most wouldn’t even know who Songbird (Medaglia d’Oro) is or how talented she is. Some might show up at Saratoga, but very few are coming back to Belmont Park for just another afternoon at the races. They came to Belmont yesterday not to watch a great horse race, not because they were fans of a starter in the GI Metropolitan H. They came because it’s all about big events. People just can’t get enough of them. Everyone wants to be involved in something that is, or at least they believe to be, special.

A Thursday afternoon at Aqueduct will never be special, nor will most days at most racetracks. Those afternoons, in fact, are whatever the polar opposite of special is. It’s the flip side of yesterday’s Belmont, the empty stands, the apathy, the sense that nothing matters other than what the exacta paid in the fourth.

But racing has the ability to turn a select few days into big deals. Based on what we saw at Belmont yesterday, the sport can’t do enough to promote and develop its premier events.

Don’t think that this fell into NYRA’s lap, that the Belmont is something that people get excited about just because it is a Triple Crown race. There was a time when a Belmont Stakes that did not include a potential Triple Crown winner was nothing more than Saturday’s feature. The attendance for the 1995 Belmont was 37,171. A year later, it was 40,797. The Belmont then got a big bump during the next three years when there were horses one win away from sweeping the Triple Crown.

The Preakness always has the Derby winner, the potential for a Triple Crown winner and tens of thousands of revelers who care a lot more about the price of a beer than the price the Preakness winner pays to win. The Belmont had none of that.

What NYRA came to realize was that it had to find a way to get people excited and into the stands when a Triple Crown bid wasn’t going to make things easy. So they created a super card. It was no longer just the Belmont, but the Belmont plus one huge race after another. While the general public couldn’t tell you the first thing about the GI Acorn S. other than it was named after those things that fall off trees, it understands the general concept, that just about every race on the card is a big deal. They also added a musical act. I have no idea who yesterday’s performer, Andy Grammer is, but he apparently appeals to someone.

Even raising the prices of Belmont seats and admission through the roof worked in NYRA’s favor. One of the supposed appeals of Belmont Day was that NYRA didn’t jack up the prices of admission. Unlike at Churchill Downs or Pimlico, it cost the same to get in through the gates on Belmont day as it did on GII Sheepshead Bay H. Day. While that made getting into the Belmont a terrific bargain, it sent the wrong statement to the public–that Belmont Day, really, wasn’t any more important than an ordinary day. By increasing the prices, NYRA sent a subliminal message that the Belmont was something beyond the same old same old and was worth paying a premium for seats and admission. It’s why people buy a Mercedes when a Honda would do just fine. There’s nothing about buying a Honda that makes you feel like a big shot.

Exorbitant prices. Musical acts. Champagne and millennials in seersucker suits. VIP packages. Women in fancy hats. Saturday cards led by a $75,000 stakes race because all the big races are held on one day. They may not be for everyone. Too bad. It’s working.