Asmussen Has Fingerprints All Over HK International Races 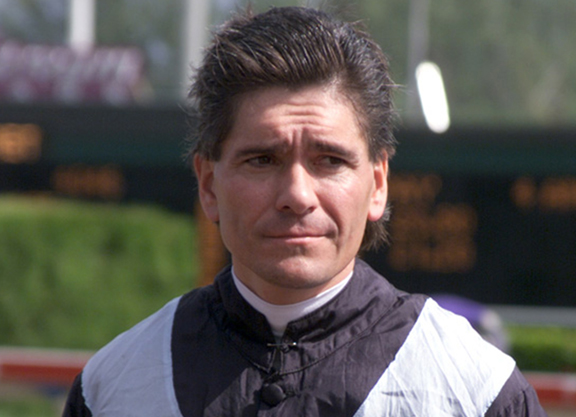 Former jockey Cash Asmussen is the owner of a Hong Kong International Races-related accomplishment that will never be surpassed.

Asmussen, who remains hands-on at the age of 58 at the Asmussen Horse Center in South Texas trying to raise the next generation of equine stars, has not only called the shots aboard a couple of rare American-bred HKIR winners, but shortly after his retirement in 2001, he also helped select a Keeneland September yearling on behalf of the Hong Kong Jockey Club who would go on to create history.

Heady stuff, though if ever was created a horseman equal to that task, it was Cash Asmussen. An instant sensation in the saddle, Asmussen was this country's champion apprentice of 1979 and just two years later, was riding Mairzy Doates (Nodouble) to victory in the inaugural G1 Japan Cup. Only a few years thereafter, Asmussen found himself in the employ of Stavros Niarchos and became the first foreigner to win the French jockeys' premiership in 1985. Among his over 3,000 career winners were Suave Dancer in the 1991 G1 Prix de l'Arc de Triomphe and 1992 GI Arlington Million hero Dear Doctor (Fr) (Crystal Glitters). The latter–campaigned by Suave Dancer's owner Henri Chaloub–was trained by John Hammond, and it was that conditioner who reached out for Asmussen to ride Red Bishop (Silver Hawk) in the inaugural running of the Hong Kong International Vase in 1994.

A $100,000 purchase by Darley Stud Management at the 1989 Fasig-Tipton July Sale, Red Bishop won his maiden for trainer John Gosden (legendary Hong Kong trainer Tony Cruz up) and annexed the 1993 G3 Brigadier Gerard S. After wintering in Dubai, Red Bishop joined Hammond in France in the spring of 1994, placed in the G3 Prix La Coupe and G2 Prix du Conseil de Paris and was a near-miss second when making his U.S. debut in the GII Red Smith H. in November 1994 before traveling to Sha Tin.

It was an appearance that almost didn't happen.

“I remember that when I showed up at the pre-race cocktail party, John Hammond, after a 36-hour trip from America, walked up to me and said, 'Enjoy the cocktails and the free meals, because we've had an abscess pop out of his foot and if he stays the way he is, they're not going to let us run,” Asmussen related. “But they soaked and packed the foot, got him sound on the day and he shined over there.”

Asmussen, who had ridden Red Bishop to a Deauville conditions score the previous August, settled Red Bishop handy enough to the pace of the Richard Quinn-ridden Urgent Request (Ire) (Rainbow Quest). The front-runner gave them a sight into the stretch, but Red Bishop proved the superior stayer on the day, taking the Vase by a convincing 2 3/4 lengths (video, gate 4) at odds of 12-1.

Three years later, Asmussen was back in Hong Kong to ride Val's Prince (Eternal Prince) for New York-based Jimmy Picou in the International Cup, contested then over 1800 meters.

“My first winner in New York as an apprentice came for Jimmy,” Asmussen said. “We ran into each other at the 1997 Breeders' Cup, where Spinning World (Nureyev) carried me to a win in the Mile and Jimmy said, 'I'm planning on taking Val's to Hong Kong and I'd like you to ride him if you're available.'”

A $10,000 OBS April juvenile, Val's Prince graduated first time out for a $12,500 tag, but was a different animal on turf, completing his ascent of the New York turf ranks with a 2 1/2-length score in the 1997 GI Turf Classic. He was eighth to Chief Bearhart (Chief's Crown) in the Turf at Hollywood before venturing overseas.

A 6-1 chance, Val's Prince settled in the latter half of the field and looked to have it all to do with less than a quarter-mile to race, but he knuckled down and dropped his nose down on the wire first (video, gate 2).

“I think an older horse like Val's Prince who had run a lot, he was seasoned and tough,” Asmussen said. “The orders were to be close or to make the running, but they were absolutely flying, so I was farther back. I rode a patient race on him and I nursed him around the turn patiently, because I know it's delicate. When I go for him and he's fully extended, he wouldn't have gotten up if he didn't switch to his right lead, which was his stronger finishing lead, and that made the difference in my mind.”

Amussen retired from the saddle in 2001, but the Hong Kong Jockey Club recruited him to help them select yearlings for the unique Hong Kong International Sale, and the jockey-turned-agent found himself at Keeneland September in 2003, where he bought a Taylor Made-consigned son of Lear Fan-Elle Meme (Zilzal) for $85,000.

“I liked him as a physical specimen,” Asmussen said. “He was a sound, correct horse with plenty of turf in his pedigree and he went the right way. He looked like a grass miler.”

Asmussen was also enamored of the horse's pedigree.

“One thing I do remember specifically is that Daniel Wildenstein, who I rode several good horses for, always loved crossing Lear Fan on Nureyev,” he commented of the April foal, whose female family included the Niarchoses wondermare Miesque (Nureyev). “I had been fortunate to ride some very nice fillies for him that were trained by Andre Fabre and what gave me an extra push on the horse is that he was by Lear Fan and out of a Zilzal mare–Zilzal was by Nureyev–so it gives you that same cross.”

Sold for HK$1.7 million (about US$212,000) in the days the Hong Kong International Sale was held at the Convention Centre on Hong Kong Island, the horse Asmussen purchased and trained early days for the Club became Good Ba Ba, who won the G1 Hong Kong Mile three straight years from 2007 to 2009, was named Horse of the Year in 2008 and retains legendary status in Hong Kong to this day.

Be it in the saddle or in the sales pavilion, Cash Asmussen–a legend in his own right–certainly had the golden touch and has managed to leave an indelible mark on the Hong Kong International Races.