Arrogate to Stand at Juddmonte After Breeders’ Cup 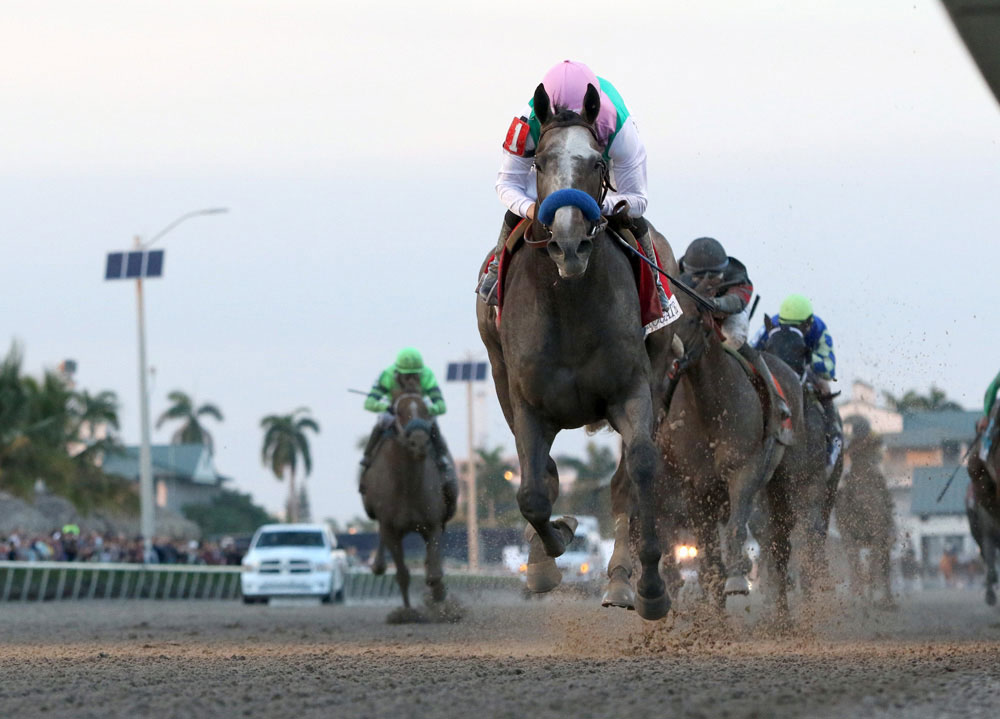 Champion and world’s highest-rated racehorse Arrogate (Unbridled’s Song) will retire to stud at Juddmonte Farms in Lexington, Kentucky after attempting to defend his title in the GI Breeders’ Cup Classic Nov. 4 at Del Mar, Juddmonte announced Tuesday. He will join Mizzen Mast (Cozzene), currently the lone stud standing at the farm.

“Prince Khalid is enjoying the career of Arrogate and the tremendous world of success he’s had, but we’re obviously an operation that has a huge breeding arm and all of us anticipated adding a magnificent stallion prospect to our roster,” Juddmonte farm manager Garrett O’Rourke told TDN. “Especially over here in the U.S., on the heels of the tremendous success we’ve had [in Europe] with Frankel and prior to that, Dansili, Oasis Dream, it’s something of great excitement and anticipation for us to have Arrogate here. But ultimately, it had to be Prince Khalid’s decision and he’s finally been ready to make that decision.”

The gray captured the GI Travers S. in a devastating track-record romp last summer at Saratoga before running down dual Horse of the Year California Chrome (Lucky Pulpit) in the Classic at Santa Anita en route to an Eclipse Award as champion 3-year-old colt. He followed up with wins in the inaugural GI Pegasus World Cup Invitational and G1 Dubai World Cup and was most recently second in the GI TVG Pacific Classic.

In recent months, Juddmonte had begun purchasing fillies and mares, including MGISW Paulassilverlining (Ghostzapper), in anticipation of breeding them to their star once he went to the breeding shed. It was previously suspected that Arrogate would be retired after the Breeders’ Cup, but Tuesday’s announcement confirms that it will be the final racing engagement for the ‘TDN Rising Star’.

Arrogate will enter stud with the expectation of reinvigorating the American-based stallion operation of Juddmonte, which bought him for $560,000 as a Keeneland September yearling as part of a concerted plan to shift resources towards becoming prominent in U.S. dirt racing once again.

“He’s obviously huge for us, because everything we aspire to is at the very top-class and he’s proven to be the greatest U.S. runner that we have had at Juddmonte and I think that anyone has seen on an American racetrack in quite some time,” O’Rourke said. “It’s everything that we aspire to, everything that makes us excited and want to get up in the morning. To produce the next Arrogate, hopefully by Arrogate.”

A stud fee has yet to be announced.