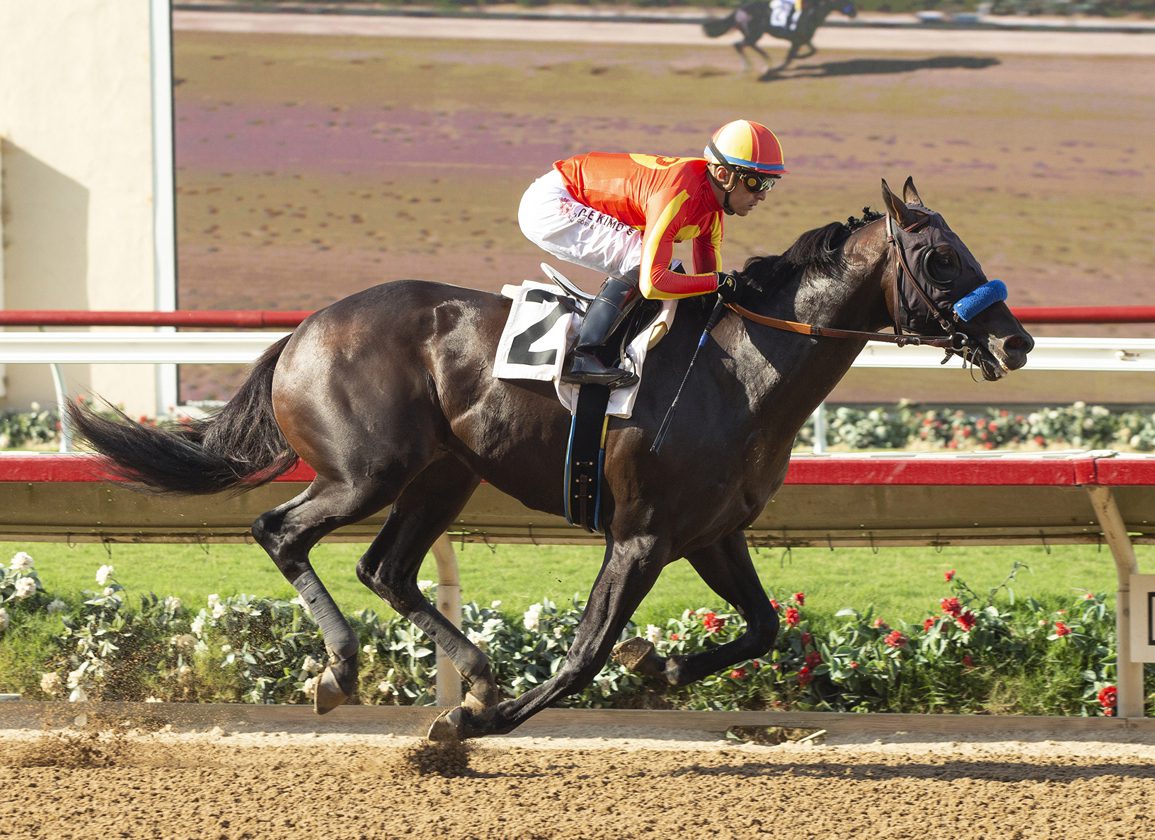 Mike Pegram, Karl Watson and Paul Weitman and trainer Bob Baffert unveiled a potentially important juvenile in Saturday's seventh race from Del Mar, as Cave Rock (c, 2, Arrogate–Georgie's Angel, by Bellamy Road) took the race by the scruff of the neck not long after the start and scampered clear to become the afternoon's second 'TDN Rising Star'.

Heavily backed as the 6-5 chalk in a strong-looking group on paper, the dark bay shot through to take up the running as the field linked up with the track proper and he clicked off an opening couple of furlongs in a swift :22.10. Skipping nicely over the ground, Cave Rock began to widen without truly being asked, passing the five-sixteenths marker in a strong :44.55 over a track that hasn't yielded many quick times during the meet. With Juan Hernandez just swinging off the colt and motionless turning for home, Cave Rock ran out a six-length winner and went even further clear on the gallop out. He is the third 'Rising Star' for Arrogate, a number that includes recent Curlin S. winner and GI Runhappy Travers S. candidate Artorius.

A $210,000 purchase out of the 2020 Keeneland November sale, Cave Rock fetched $550,000 from the 'Three Amigos' at the auction house's bellweather September yearling sale just short of a year ago. The March foal's dam won the 2011 GIII Schuylerville S. for trainer Todd Pletcher and was sold back in foal to the late Arrogate for $75,000 at KEENOV in 2020. The mare, a half-sister to GSW Lawn Ranger (U S Ranger), produced a colt in 2021 and a filly by Improbable this season before being bred back to Connect. Cave Rock is the second noteworthy performer out of a daughter of Bellamy Road, joining GI Fourstardave H. hero Casa Creed (Distorted Humor).