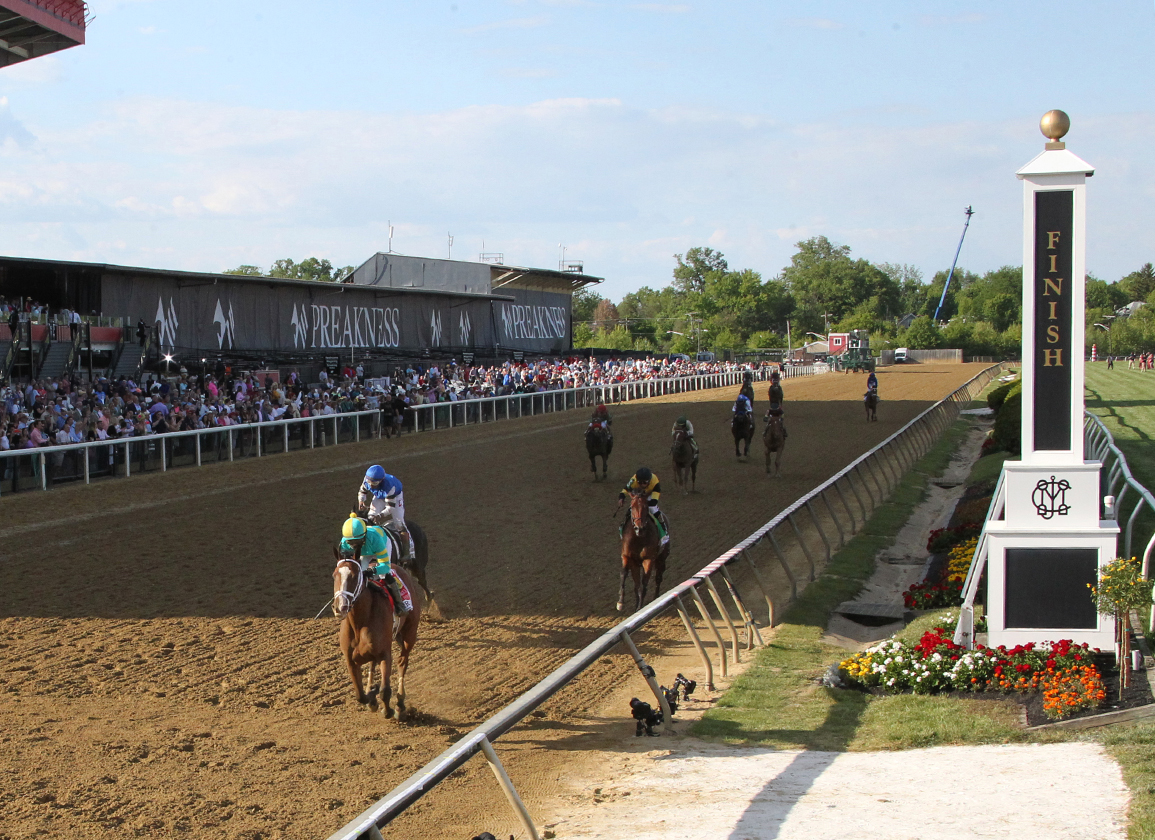 Sent off at 9-2 following a troubled third last out in Aqueduct's GIII Gazelle S., Army Wife (Declaration of War) came from off the pace to collect her first graded victory in Friday's GII George E. Mitchell Black-Eyed Susan S. at Pimlico. Lady Traveler (Quality Road) went to the front, leading Adventuring (Pioneerof the Nile) and 2-1 choice Beautiful Gift (Medaglia d'Oro) as Army Wife settled in a rail-skimming sixth early. Eagerly pulling herself into contention exiting the far turn, she checked slightly when trying to find room between the front-runner and Willful Woman (Nyquist), but quickly recovered. Swung out for the stretch drive, the Three Diamonds Farm runner produced the strongest turn of foot late, rolling home by 2 3/4 lengths over Willful Woman. Lady Traveler took third. It was 10 lengths back to Forever Boss (Tapiture) in fourth. Favored Beautiful Gift was seventh.

“They looked like they had a good pace in the beginning,” said winning rider Joel Rosario. “I thought was going to be forwardly placed, but the way they were moving, I was a little farther back.”

He added, “It was a decision that I had to make because they were coming back a little bit in front of me and I had horse. I decided I needed to go because I had some room to go and just let her run her race like she always does.”

When asked about the beaten favorite, Bob Baffert assistant Jimmy Barnes said, “Obviously, we are disappointed. We thought she would run a little better than that. Johnny [Velazquez] said that when he needed horse he just didn't have it. We'll wrap things up and probably head back to California with her.”

Army Wife finished fifth sprinting on the turf at Belmont last October before closing from off the pace to score by 3/4 of a length while stretching to seven panels at Churchill Oct. 25. Runner-up behind subsequent Trapeze S. winner Oliviaofthedesert (Bernardini) in a one-mile optional claimer at the Louisville oval in November. Given a freshener after that, she returned with a nose win at Gulfstream Mar. 13 prior to the nine-furlong Gazelle.

Army Wife gives her sire Declaration of War his 19th graded winner. The winner's dam Thread is a half-sister to Grade I winner Furiously and to Dancinandsigin, dam of Grade II winner and Scherzinger (Tiz Wonderful). Subsequent to the Black-Eyed Susan victress, she produced her most recent live foal, a Jimmy Creed filly, in 2019.