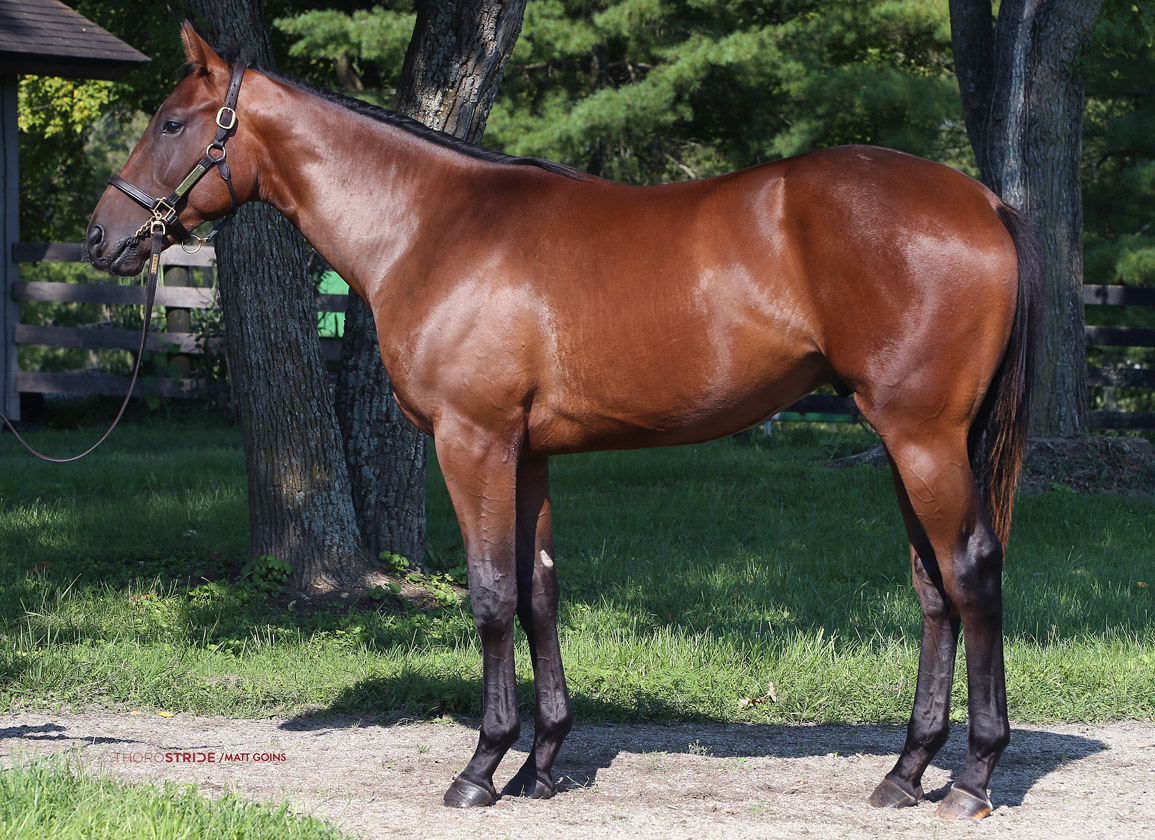 With Wednesday's Keeneland September Book 5 opener winding down, Maddie Matt Miller, agent, went to a session-topping $250,000 to secure a filly from the first crop of Army Mule.

Consigned by Hill 'n' Dale Sales Agency, agent, as Hip 3158, the chestnut is out of six-time winner Henny's Hurricane (Henny Hughes), a daughter of GSW Amarillo (Crafty Prospector). Hip 3158 is a half-sister to Amynta (Atreides), a multiple stakes winner in Panama. She was bred in Kentucky by Hill 'n' Dale Equine Holdings.

Southern California-based trainer Mark Glatt, bidding on behalf of an undisclosed client, brought home a son of the late Arrogate for $230,000–the top price paid for a colt–during Wednesday's Book 5 opener at Keeneland September.

The richest North American racehorse in history was humanely euthanized last June at Juddmonte Farms after suffering from an undetermined illness. He currently has two winners from his first crop. Arrogate was also represented by colts that brought $550,000, $500,000, $360,000, etc, earlier in the sale.

Consigned by Woods Edge Farm (Peter O'Callaghan), agent, Hip 3004 is the first foal out of Wicked Lick (Maclean's Music), runner-up in the 2017 GII Twinspires.com Fair Grounds Oaks. Barry and Judith Becker purchased Wicked Lick, carrying Hip 3004, for $350,000 at the 2019 KEENOV sale. She subsequently brought $450,000 from Aaron and Marie Jones, in foal to Into Mischief, at the 2021 KEEJAN sale.

“He was a very nice, athletic-looking horse with a lot of size and scope,” Glatt said. “He's bred to have some speed on the bottom side being out of a Maclean's Music mare. He's a very nice individual. Arrogate was a very outstanding horse. He had a good weekend a couple of weeks ago–maybe a little bit later, developing kind of horses. If he hits, it could be a very good thing since there's not going to be very many of them out there.”

“The business seems to be very healthy,” Glatt said. “The numbers don't lie. It makes buying these horses a little tough– you obviously want to buy them for as cheap as you can. But it shows the business is healthy right now and that certainly isn't a bad thing.”

Trainer Ken McPeek continued his Keeneland September shopping spree, purchasing five yearlings, as agent, for a total of $317,000 during Wednesday's session, the second-highest amount spent on the day.

“We've been cherry picking some horses out of there the last several days and it seems like we're averaging five or six a day– it's been good,” McPeek said. “It's been a lot of work, I'm glad the market has softened from the early books. I've got a lot of really good clients that have given us a budget to work with and we've been fortunate enough to acquire what we wanted.

Of his Wednesday purchases, McPeek said, “I was real pleased with the Mendelssohn colt that we bought. The Shaman Ghost was a beautiful filly. The Tamarkuz was a filly that looked quite fast. Overall, it was good.”