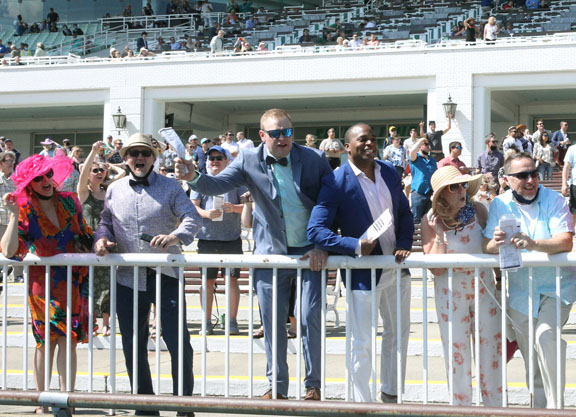 The Arlington Heights Board of Trustees has passed an ordinance that would prevent Churchill Downs from placing any restrictions on what a buyer of Arlington Park can and cannot do with the 326-acre property.

It is feared that Churchill will not sell the track to any individual or group that expresses an interest in opening a casino or even to anyone committed to maintaining racing at the historic Illinois track. Churchill may want to limit competition for the nearby Rivers casino that it co-owns in the town of Des Plaines.

There have been groups aligned with the horsemen that have come forward and said they were prepared to buy Arlington in order to keep it as a racetrack and were set to outbid all others for the property. Those same groups have expressed concerns that Churchill would not be willing to sell to anyone who intended to keep the track operating. The ordinance, which was passed unanimously at Monday night's meeting of the village's Board of Trustees, would prevent Churchill from attaching any conditions to the sale which would rule out a continuation of horse racing.

Throughout the meeting, trustees and other officials with the town made it clear that they would like to see racing at Arlington Park preserved.

“The track is so important to our village for many different reasons, including our identity, that I don't want to see the track go away,” said Trustee John Scaletta. “But it's not up to me. It's up to whoever purchases the property. But I think it's important to keep the door open so that it could possibly remain a track because there are so many people that want to see racing continue, not only in the state of Illinois but across the country. Hopefully, somebody will come to Arlington Heights with a desire to continue horse racing.”

In a related development, the board took steps to redefine zoning restrictions for the property that would allow it to keep out certain businesses. The example of Amazon building a distribution center on the site was given as a development the town would block.

The Arlington site is also said to be on the radar of the Chicago Bears, which have been contemplating moving to a new stadium.

Churchill Downs is soliciting bids for the property through the commercial real estate firm CBRE Group, Inc. Bids are due by June 15.

According to Arlington Heights Village Manager Randall Recklaus, the nearby towns of Buffalo Grove, Schaumburg and Chicago have used similar procedures that have kept property owners from placing restrictive covenants limiting future uses for the land.

The problems for Arlington began when Churchill failed to apply for a casino license for the racetrack and then announced that racing would not continue after the end of the 2021 meet. Should Arlington, considered one of the most beautiful racetracks in the world, close, the Chicago area would be left with just one track, Hawthorne. Because Hawthorne is also required to run a harness racing meet, the amount of Thoroughbred racing that can be offered there is limited.

The Arlington meet is scheduled to conclude Sept. 25.