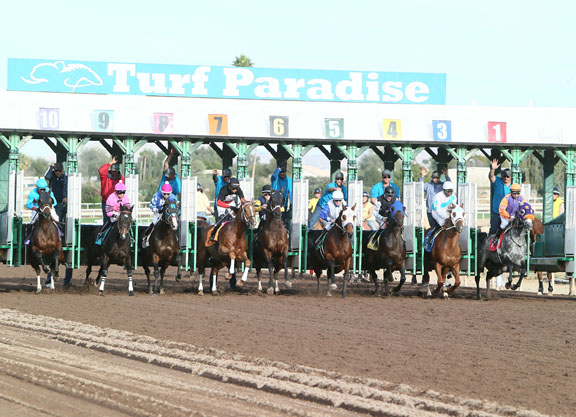 The Arizona Senate moved a gaming bill through two committees–one unanimously–and it now awaits an assignment date for a vote by the full Senate.

Senate Bill 1794 passed the Appropriations and Rules committees, with wide support. The bill authorizes historic horse racing, providing up to $140 million in new state tax revenues, as well as support for the state's horse racing industry.

“This long-overdue modernization effort will help the many local businesses that support the horse racing industry and also provide much-needed revenue to the state,” said Save Arizona Horse Racing spokeswoman Lorna Romera. “Arizona has an ideal climate for hosting year-round horse races and attracting fans, horses, breeders, trainers and others looking to escape the hostile environment in California. We urge members of the legislature to seize on this opportunity to make Arizona the premier destination in the country for horse racing.”

Senate Bill 1794 would modernize Arizona wagering laws, while limiting the number of HHR terminals to just 15% of tribal gaming positions–minimizing any impact on those revenues. HHR also relies on parimutuel wagering, which was legal in Arizona before tribal gaming compacts began, so their authorization would not violate those state agreements.