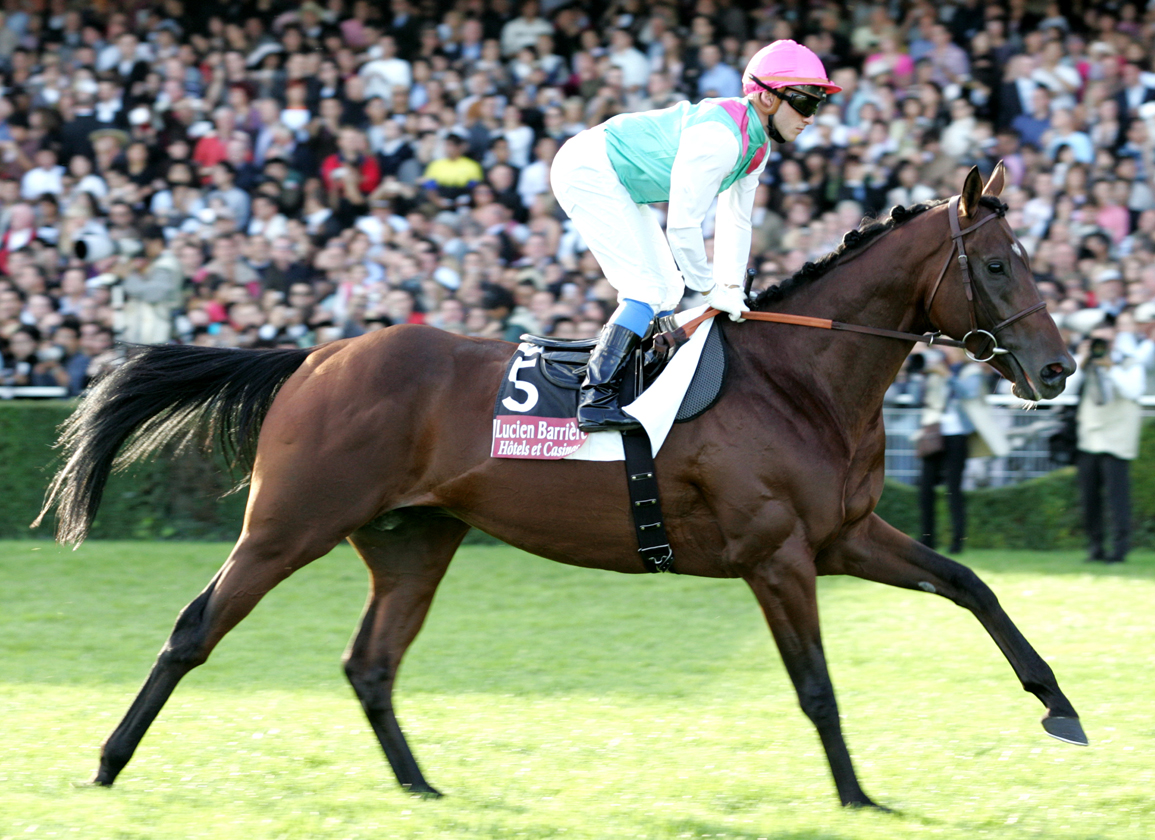 “Rail Link died on Friday [of] a heart attack,” Adrien Delaroque of Haras de Vains told Jour de Gallop. “I bought him from Haras de Cercy two years ago. I was delighted to have him with me. He was an authentic champion.”

Raced exclusively at three, the Andre Fabre trainee broke his maiden in his third start in May of 2006, and never lost again. His winning thread began with the G3 Prix du Lys. Next were victories in the G1 Grand Prix de Paris that July and the G2 Prix Niel in his warm up for the Arc. He was retired with five wins from seven starts and earnings of $1,976,387.

Standing initially at Juddmonte's Banstead Manor Stud in 2008, he served there through the 2014 season and moved to France's Haras National de Cercy la Tour for 2015-2016. In 2017, he was transferred to Haras de Cercy and later on Haras de Vains. His dozen black-type winners are led by Group 1 scorers Epicuris (GB) and Spillway (GB), and he has seven other group winners among that bunch. A half-brother to group winners Crossharbour (GB) (Zamindar), Mainsail (GB) (Oasis Dream {GB}) and Chelsea Manor (GB) (Grand Lodge), his trio of black-type winners as a broodmare sire include two group winners–San Huberto (Ire) (Speightstown) and Alounak (Fr) (Camelot {GB}).