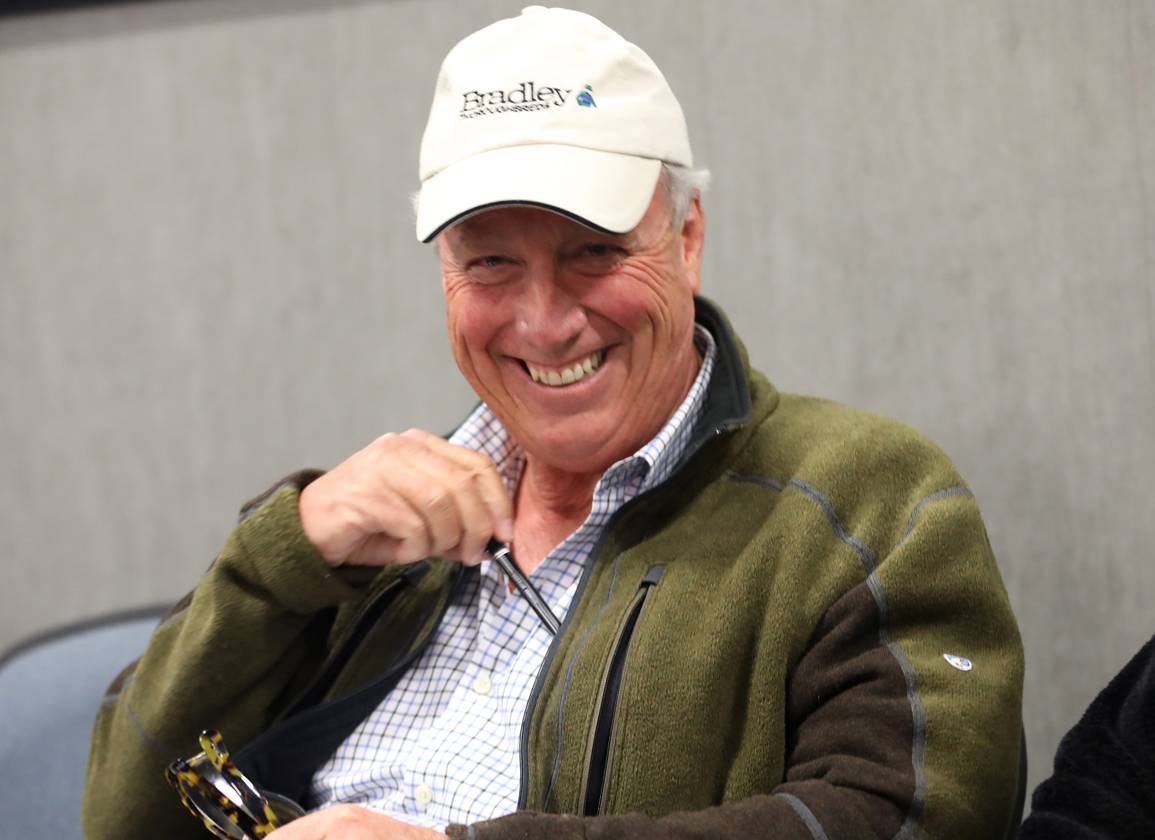 Plans for G1 Prix de Diane runner-up La Parisienne (Fr) (Zarak {Ire}) to race in America are on hold with connections opening the door to a tilt at the G1 Prix de l'Arc de Triomphe after their star filly went down fighting behind Nashwa (GB) (Frankel {GB}) at Chantilly on Sunday.

It had been suggested that La Parisienne would be trained in America at some point in her career but part-owner Peter Bradley revealed on Monday that the filly will remain in the care of the father and son team of Carlos and Yann Lerner.

Reflecting on Sunday's race, Bradley told TDN Europe, “It was a bit gut-wrenching but, when you lose to a filly like Nashwa, you know it represented a huge step up from La Parisienne.”

He added, “It was amazing how Gérald Mosse rode her and, when he asked her to quicken, she produced a huge run. You really can't ask much more than for horse and rider to do their best and that they did.”

Bradley thinks La Parisienne possesses a lot of the key attributes needed to excel in America but admitted that the lure of some of the top races in France, including the Arc, is enough for connections to leave the star filly in training there.

Kentucky-based Bradley said, “Most of the time when I buy a horse, the plan is for them to come to America in the relatively near future and, judging by her first race, after which we bought her, she certainly looked like she had the turn of foot you love to see in American turf racing.

“In America, you absolutely need a turn of foot because of our short straights, but in Europe, the straights are much bigger and a horse who grinds it out can get there.”

He added, “She looks like she would be a good fit for America and the GI Belmont Oaks Invitational S. would have been a good race for her but the timeframe rules that out because there is only three weeks until that race.

“Coming into the French Oaks, the way she had been training, I really felt that she'd finish top six or seven and, with the talent in the race, said that, if she ran a top three finish, I'd be exceedingly happy. Given the way she ran, finishing a short neck behind one of the best fillies in Europe, she stamped herself as a filly who needs to stay in France.”

La Parisienne will be aimed at the Prix Vermeille at ParisLongchamp next with Bradley revealing that her trainers believe the best is yet to come from the filly.

He said, “We will give her an easy summer and maybe look at the Prix Vermeille then we'll see what October holds. We'll look at the Prix de l'Opéra and the Arc wouldn't be out of the question.

“Team Lerner think she will be better with cut in the ground. They all think that soft ground is what she needs and, if that is the call, the autumn could be exciting.”