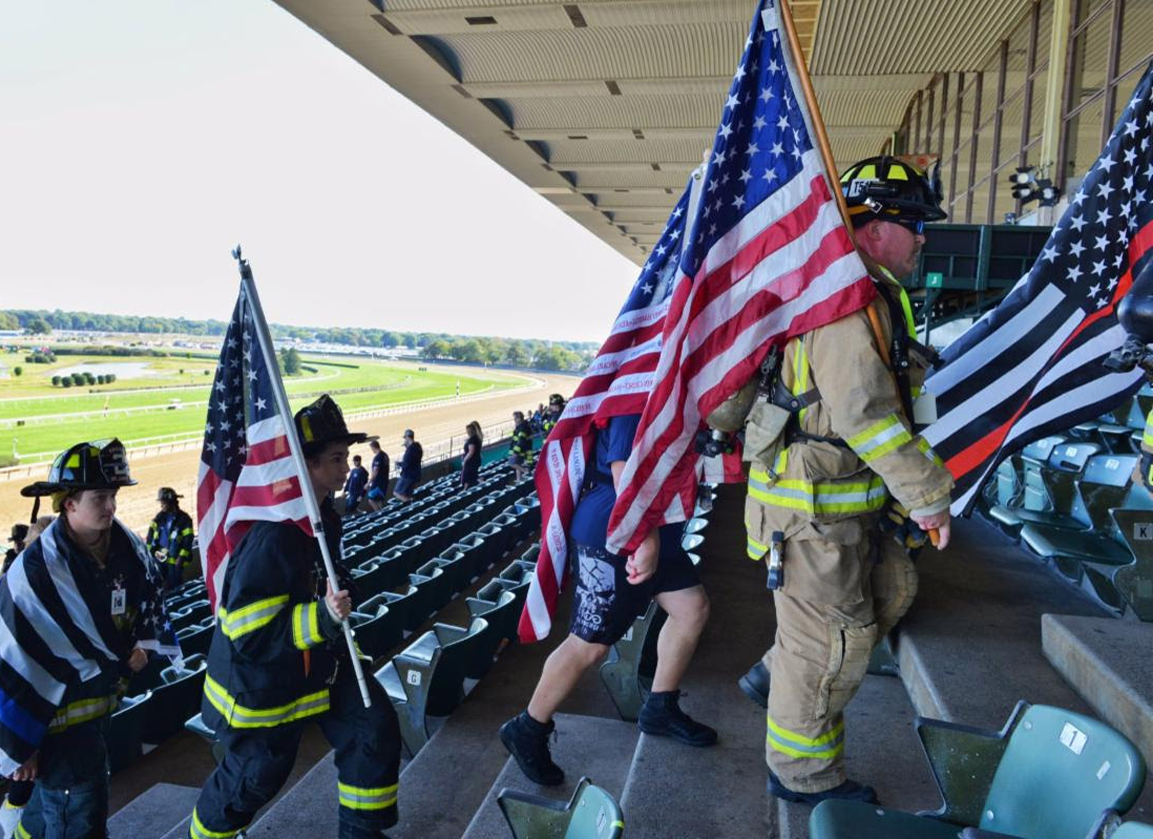 After a year lost to the COVID-19 pandemic, the FDNY Stair Climb returns to Belmont Park on Sunday, October 17. This year's 7th annual event is part of the nationwide 9/11 stair climb program that pays tribute to the FDNY firefighters who died more than 20 years ago on 9/11. The climb benefits the National Fallen Firefighters Foundation (NFFF), which supports the families of fallen firefighters and the FDNY Counseling Service Unit.

“Twenty years later, I still remember what trauma looked like etched on the faces of firefighters at the World Trade Center site when a team from the National Fallen Firefighters Foundation and I arrived on scene September 12, 2001,” said Chief Ron Siarnicki, who is the NFFF executive director. “It's not something you can ever forget.”

The nation's inaugural FDNY stair climb to benefit the National Fallen Firefighters Foundation took place on September 11, 2005 when Colorado firefighters climbed 110 flights of stairs in Denver–each step commemorating the 110 stories of the World Trade Centers. The concept caught on around the country and became an annual event and in 2017, it moved to Belmont Park.

There are several ways to participate. You can register as an individual climber, team captain or team member here and can also can donate to a climber, a team or a team member. Gates and on-site registration will begin at 8:30 a.m. Oct. 17 at Belmont. The opening ceremony will be at 9:30 a.m., with the climb set from 10 a.m. to Noon. Participants are invited to a post-climb reception with food and entertainment and the day's racing card. Five races will be named in honor FDNY fallen heroes.