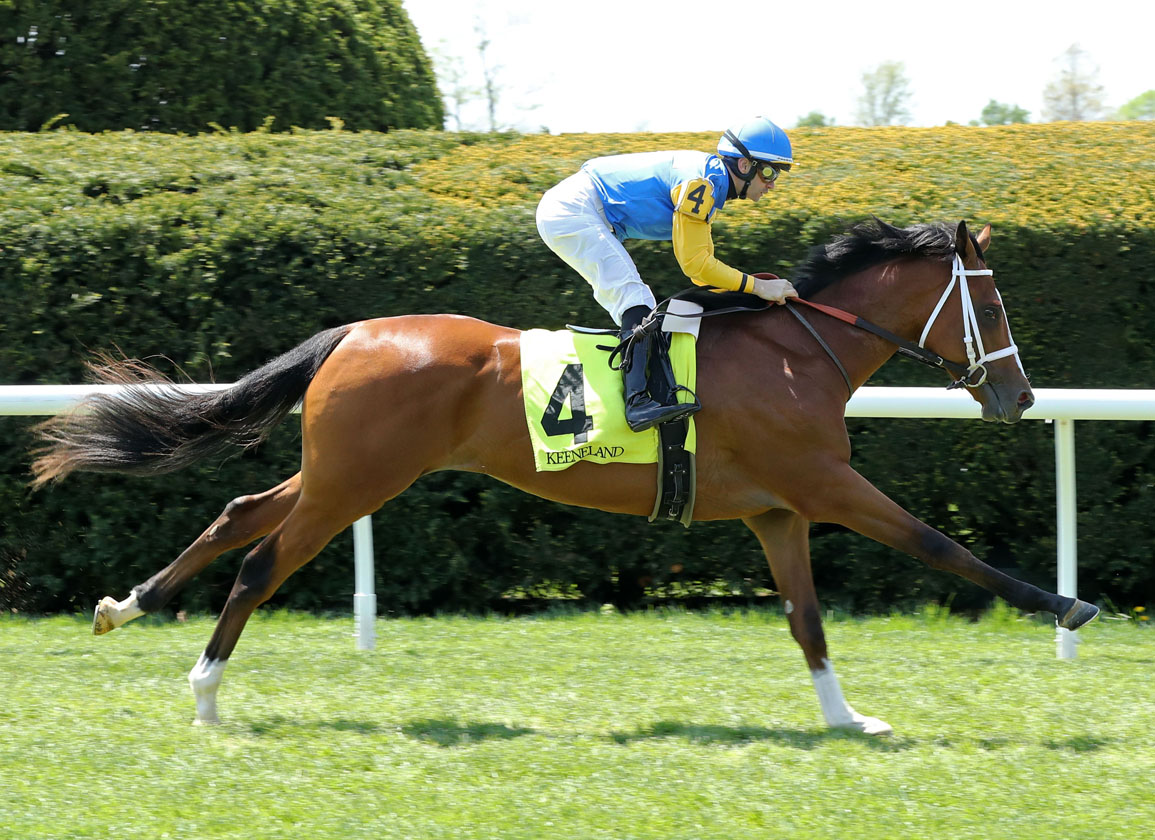 Susan Moulton's Andthewinneris (Oscar Performance), an impressive debut winner over the turf at Keeneland in April (video), will move to the main track when he makes his second start in the Bashford Manor S. at Churchill Downs July 4. The bay colt had his second work over the Churchill main track Sunday, going four furlongs from the gate in :49.60 (50/95). He worked the same distance in a bullet :46.80 (1/156) June 18.

“There were, and still are, a lot of options we had for him after he broke his maiden,” trainer Wayne Catalano said. “I sent him over here [to Churchill Downs] to see how he'd handle this dirt course and he cruised over this track [June 18]. He worked :46 and change and galloped out really strong. We popped him out of the gate [Sunday] and just let him go easy so he can feel what it's like to break out of the gate on the dirt. He's shown us a lot of promise when he won first out. Susan bred him and he's a really nice-looking colt.”

Andthewinneris RNA'd for $67,000 at the 2021 Keeneland September sale, two months before his half-brother by Enticed sold for $42,000 as a weanling at the Keeneland November sale.