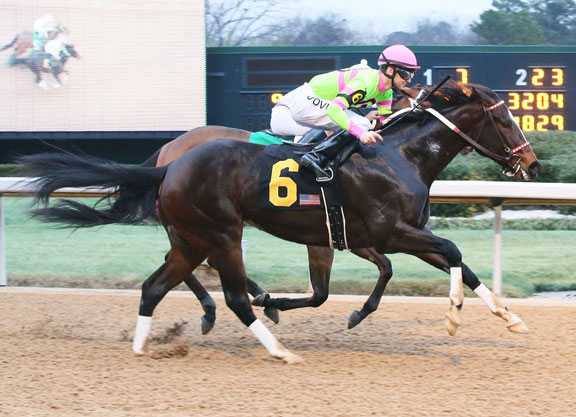 Amy's Challenge (Artie Schiller) is undefeated in three starts at sprint distances and looks to keep her perfect record in tact as she navigates two turns for the first time in Oaklawn's GIII Honeybee S. Saturday. Crushing males by 16 1/2 lengths in her career bow at Canterbury in August, she followed suit with another win over the boys in the Shakopee Juvenile S. there Sept. 16. The dark bay took her show on the road last time, scoring a neck victory over “TDN Rising Star” Mia Mischief (Into Mischief) in the six-panel Dixie Belle S. here Jan. 20.

Another worth a look is Stronger Than Ever (Congrats), who pulled off a 33-1 upset last time with a neck victory over MGSW “TDN Rising Star” Wonder Gadot (Medaglia d'Oro) in the Silverbulletday S. at the Fair Grounds Jan. 13.