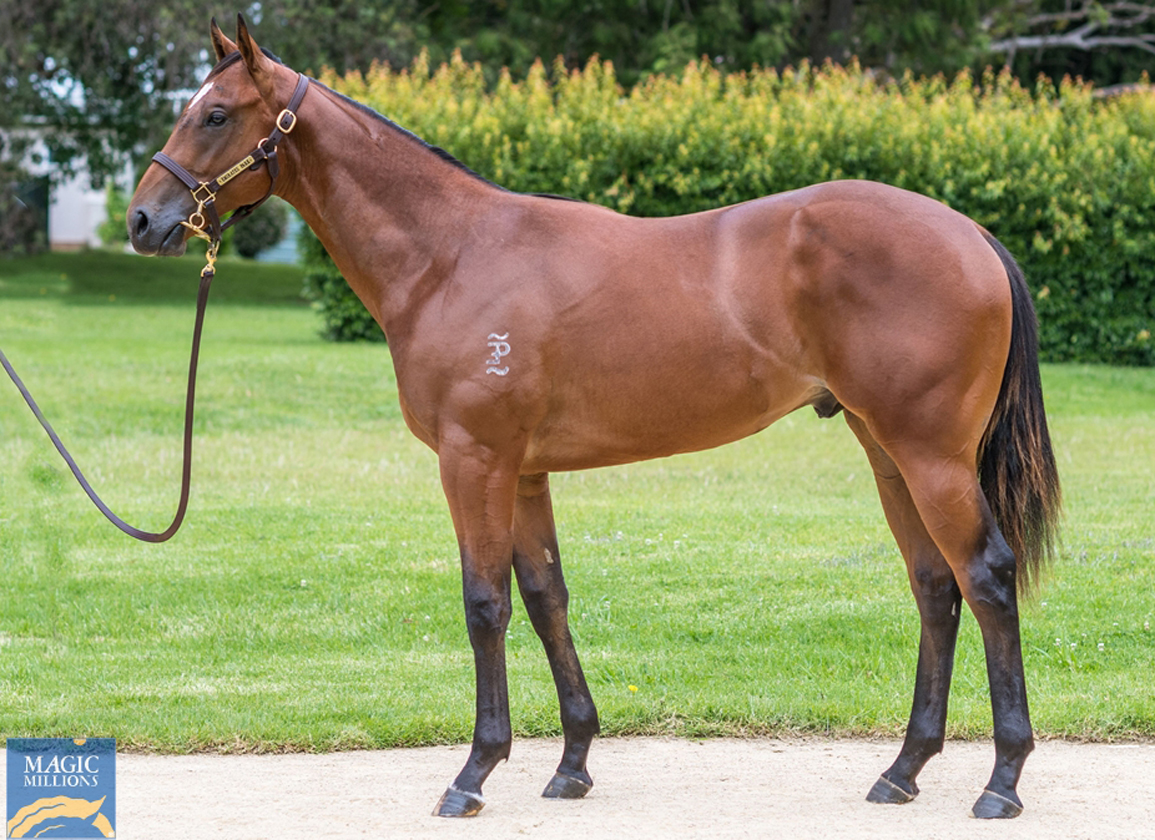 The Magic Millions Gold Coast Sale began Tuesday on Australia's east coast in Queensland, and through the first two days of the sale, four horses have breached the seven-figure threshold, including a colt by the pensioned Not A Single Doubt (Aus) that fetched A$1.7 million (about US$1.23 million) from Ciaron Maher Bloodstock. In Tuesday's TDN, we previewed a few of the Gold Coast offerings hailing from female families sourced in the U.S. and here we list a handful of others that were set to go under the hammer during the Thursday and Friday sessions.

A foal of 2014, former 'TDN Rising Star' Red Lodge went through no fewer than three American sales ($82,000 FTKOCT, $350,000 KEENOV 2017, and finally $500,000 KEENOV 2018) before finally being exported by Emirates Park after purchase In 2018. The Sept. 17 foal is the second for his dam, a granddaughter of MGISW Memories of Silver (Silver Hawk), who was also responsible for MGISW Winter Memories (El Prado {Ire}), GSW La Cloche (Ghostzapper)–dam of GSW Bellevais (Tapit) and the dam of 'Rising Star' and GSW Hawkish (Artie Schiller).

Soft Kiss, a half-sister to GSW & GISP Den's Legacy (Medaglia d'Oro), was hammered down for $300,000 in foal to American Pharoah at KEENOV in 2018, producing a filly that fetched $275,000 at the 2020 Fasig-Tipton Selected Yearlings Showcase. That produce, a newly turned 3-year-old named Pharoahmone, is in steady training at Palm Beach Downs. This is the family of GISW C. S. Silk (Medaglia d'Oro), who twice changed hands for $1 million or more before being exported to Japan. Soft Kiss has a 2021 colt by Exceed and Excel (Aus) on record.

Winner of the GII San Clemente S. from only six starts, War Heroine fetched $450,000 at Fasig-Tipton November in 2018 just two years later, joining a line of shrewd purchases by Kia Ora Stud. War Heroine provided her sire, a one time shuttler to America and an Australian legend, with a graded stakes runner in all three of his limited U.S. crops. This is her first foal. American Pharoah is the sire of 16 winners from his first Southern Hemisphere crop, including G3 Gloaming S. hero and A$850,000 Gold Coast graduate Head of State (Aus).