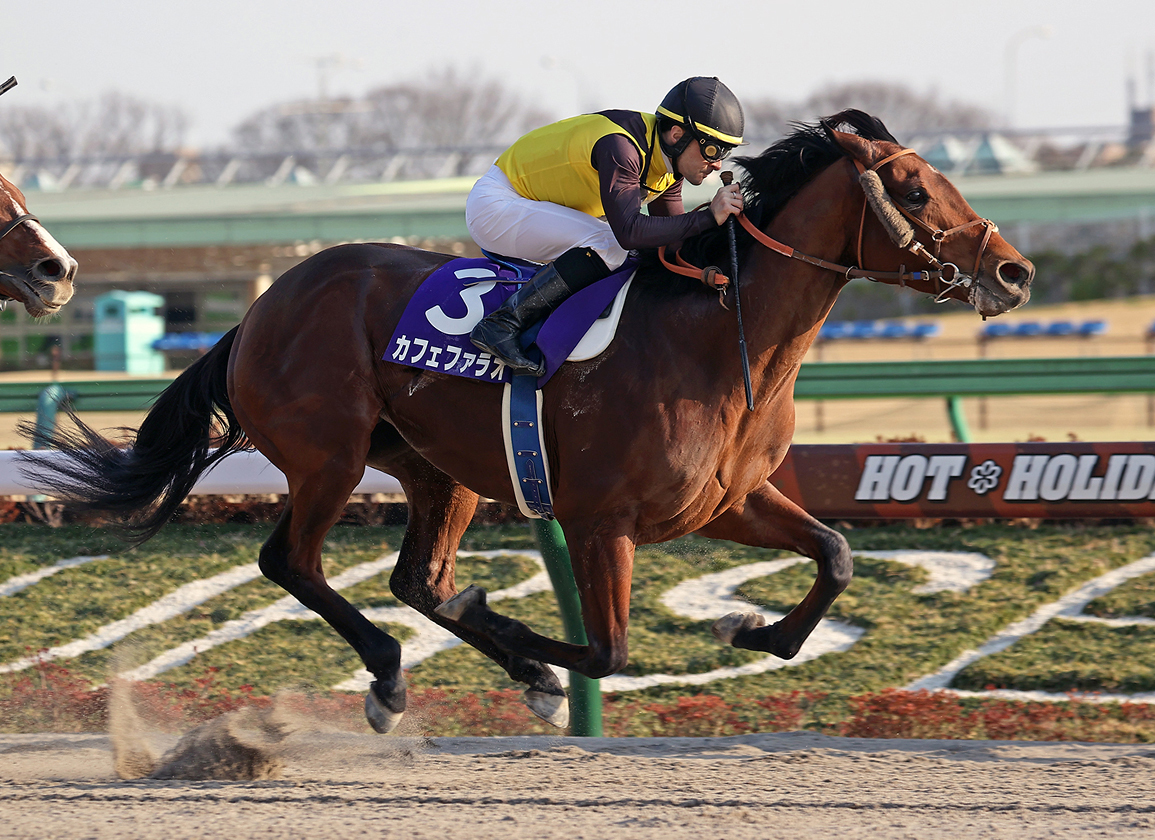 The summer season in Japan customarily sees that country's heaviest turf hitters awaiting major late summer and early fall, and a pair of American-bred runners should have a say in the outcome of this weekend's two major races at group level on the turf.

Cafe Pharoah (American Pharoah), winner of this year's G1 February S. going a mile over the Tokyo dirt track (video) and one of 14 winners from 18 Japanese starters for his sire, switches to the grass for Sunday's $709,167 G3 Hakodate Kinen over the metric mile and a quarter at Hakodate Racecourse. The 4-year-old, bred by the late Paul Pompa, Jr., has an outstanding pedigree for the turf, as he is out of Mary's Follies (More Than Ready), a two-time graded winner on the grass, first for the late John Forbes in the 2009 GIII Boiling Springs S. and later for Pompa and Chad Brown in that year's GII Mrs. Revere S.

Leading rider Christophe Lemaire has the call on the $475,000 OBS March graduate from gate one in a field of 16.

4h CAFE PHAROAH 🇺🇸 (American Pharoah) final trackwork under Lemaire 🇫🇷 ahead of his debut run on Turf this weekend in the G3 2000m Hakodate Kinen.

A JRA G1 winner on Dirt, his only misses have come on the heavier NAR Dirt.

The progressive Lotus Land (Point of Entry) has earned her way back into group competition with three facile victories in a row and should have her fair share of backers in Sunday's $683,287 G3 Toyota Sho Chukyo Kinen at Kokura Racecourse.

Bred in Kentucky by Dr. Naoya Yoshida and Dr. Aaron Sones, has finished outside the top three just once in her career, when down the field in the G1 Hanshin Juvenile Fillies in 2019, but is three-for-four in 2021, including a 1 3/4-length tally when last seen in the Listed Yonago S. going a mile at Hanshin June 19 (see below, gate 13).

One of a half-dozen females in a field of 12, Lotus Land will be ridden by Kota Fujioka in the nine-furlong test.