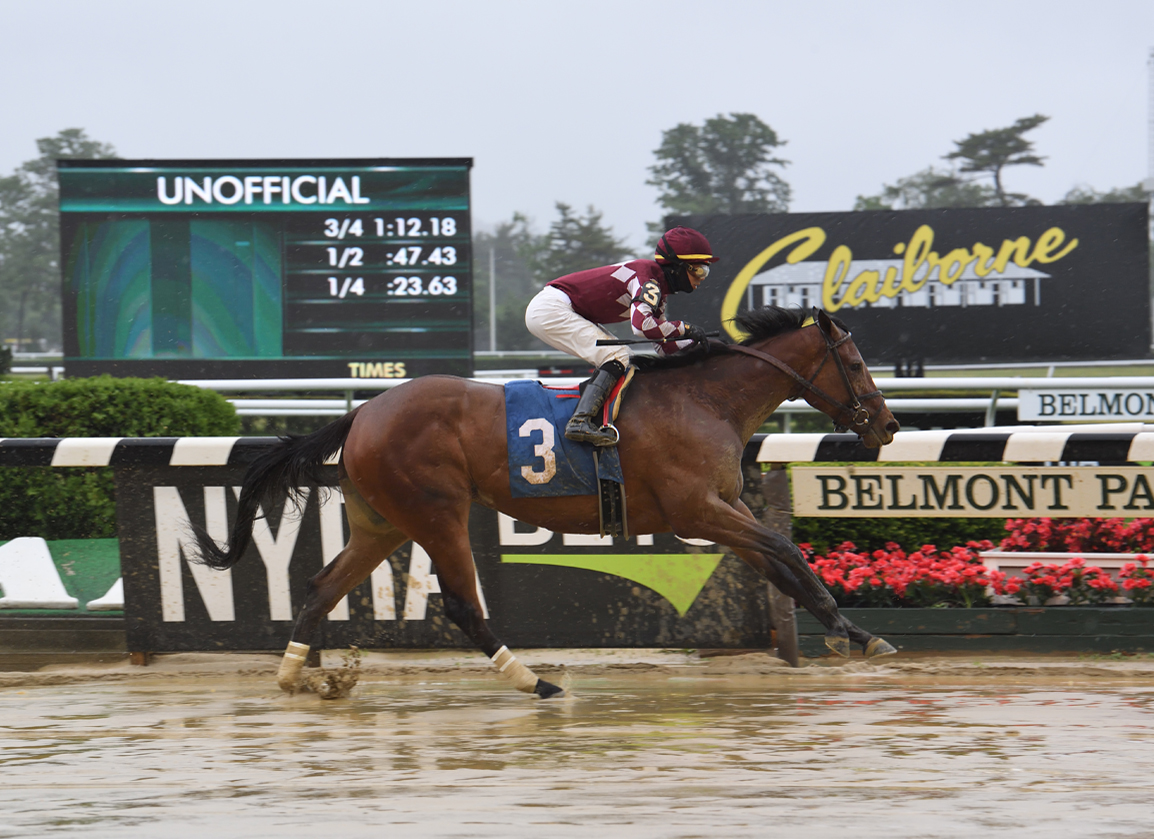 Amendment Nineteen (Constitution), privately purchased by Juddmonte and transferred to Brad Cox last month, will make her debut for the new connections while trying two turns for the first time in a seven-horse renewal of Sunday's GIII Remington Park Oaks on the GIII Oklahoma Derby undercard at Remington.

Debuting with a strong, fast-closing second at 15-1 behind subsequent 'TDN Rising Star' Always Carina (Malibu Moon) at six furlongs in the Aqueduct mud Apr. 11, the $20,000 Keeneland November buy overcame a slow start and a wide trip to graduate going a sloppy mile May 30 at Belmont. A good second while again taking the overland route in a Saratoga allowance July 24, she was bought and transferred from the Linda Rice barn a few weeks later, and shows four breezes for Cox, most recently drilling a sharp five furlongs in :59 4/5 (4/40) Sept. 19 at Churchill.

Stonestreet Stables' Pauline's Pearl (Tapit) looks for her first win since the spring while breaking from the rail here. Runner-up at just under 19-1 making her first start against winners in the GIII Honeybee S. Mar. 6 at Oaklawn, the gray scored at odds-on next out in the GIII Fantasy S. Apr. 3 before retreating to eighth after chasing the pace in the GI Longines Kentucky Oaks Apr. 30. Given a brief break, she has since returned with a third in the GIII Iowa Oaks July 2 at Prairie Meadows and a second last out in the GIII Charles Town Oaks Aug. 27.

Rounding out the top contenders are Allied Racing Stable's Lovely Ride (Candy Ride {Arg}), who is four-for-six lifetime and picked up her first stakes success with a game win in the Cathryn Sophia S. last out Aug. 24 at Parx, and Lady Mystify (Bernardini), who ships in from the West Coast for Peter Eurton after bleeding when finishing a well-beaten fifth in the GIII Torrey Pines S. Aug. 21 at Del Mar.