Aloha West Steps Back Into Stakes Waters in Phoenix 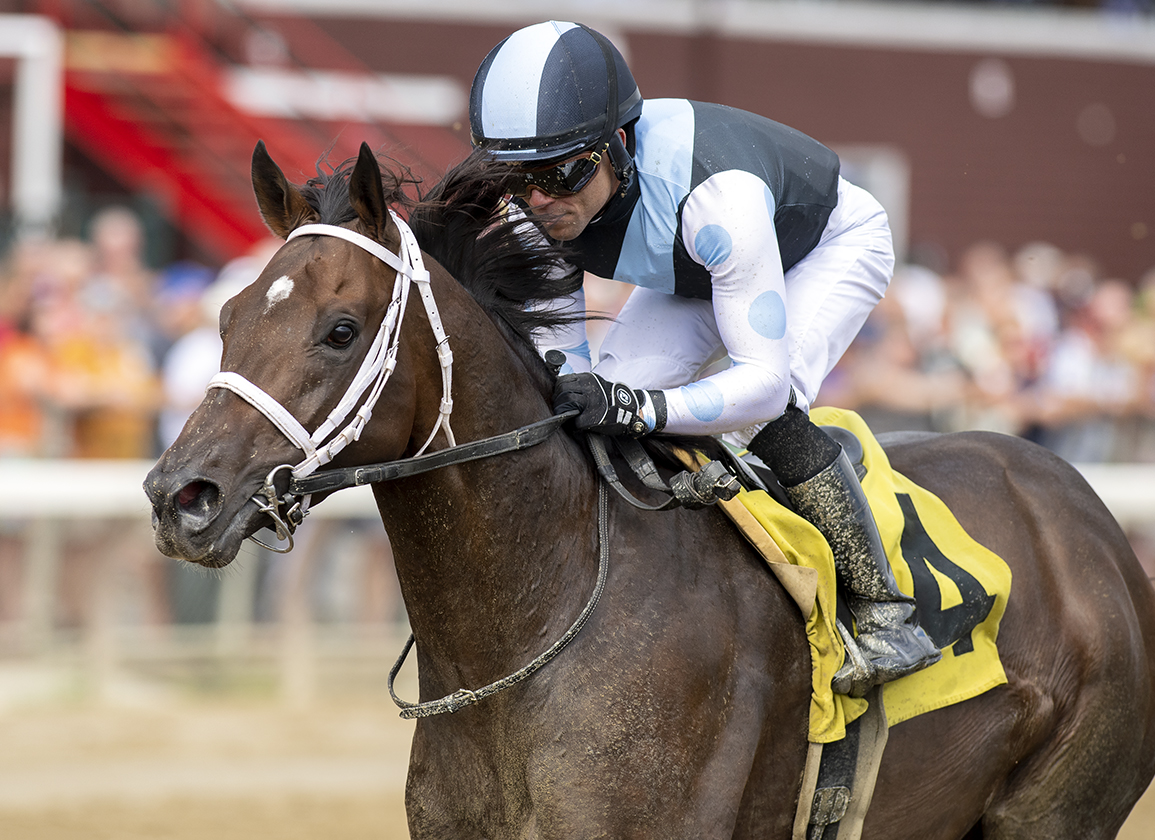 Eclipse Thoroughbred Partners' Aloha West (Hard Spun), a troubled fourth in his only previous stakes try, will try black-type competition again after a pair of well-graded Saratoga allowance victories in Friday's GII Stoll Keenon Ogden Phoenix S. at Keeneland, a Breeders' Cup Win and You're In qualifier for the GI Breeders' Cup Sprint.

Graduating despite a slow start and early, wide move in his belated debut Feb. 7 at Oaklawn, the 4-year-old was again troubled at the break and ran fifth in an allowance there Mar. 13 before just missing by a nose in a local allowance Apr. 9. Circling the field en route to an easy five-length victory May 22 at Churchill, the $160,000 Keeneland September grad was pinched back early in the Kelly's Landing S. before rallying to get fourth under the Twin Spires June 25. Overcoming a ground-losing journey to gut out a Saratoga allowance/optional claiming success Aug. 1, he backed that up with a powerful score to clear his three-other-than condition with a career-high 102 Beyer last out at the Spa Sept. 2.

Given a slight nod on the morning line is Special Reserve (Midshipman), who has blossomed into an ultra-consistent stakes sprinter since being claimed by Mike Maker. A winner just three times in his first 15 starts for Randy Morse, the gelding was haltered for $40,000 out of a 22-1 upset of an Oaklawn optional claimer Feb. 6 and immediately paid dividends when annexing a similar spot while not being offered for the tag Mar. 13. A good second at 10-1 after setting the pace in the GII Commonwealth S. here Apr. 3, the bay scored back-to-back stakes successes in the GIII Maryland Sprint S. May 15 at Pimlico and Iowa Sprint S. July 3 at Prairie Meadows before proving his top-level bona fides when runner-up in the GI Alfred G. Vanderbilt H. July 31 at Saratoga.

The top Beyer and Thoro-Graph figure in the race belongs to Sir Alfred James (Munnings), who breaks from the widest seven-post. Third in the Aristides S. at Churchill May 29, the bay ran second in the Good Lord S. July 17 at Ellis before being dangled for a $62,500 tag by Al Stall in a Louisville optional claimer Sept. 24. Norman and Lola Cash bit, and were certainly glad they did when Sir Alfred James ran away to a 5 3/4-length victory, earning a 103 Beyer and negative-2 Thoro-Graph number.

Griffon Farms and Michelle Lovell's versatile Just Might (Justin Phillip) looks for his fifth consecutive stakes conquest. Off the board in the GII Shakertown S. and GII Twin Spires Turf Sprint S. on turf this spring, the chestnut annexed the Mighty Beau S. on the Churchill lawn and Da Hoss S. over Colonial turf before switching to dirt and picking up tallies in the Chesapeake S. at Colonial and Louisville Thoroughbred Society S. back at Churchill Sept. 18.