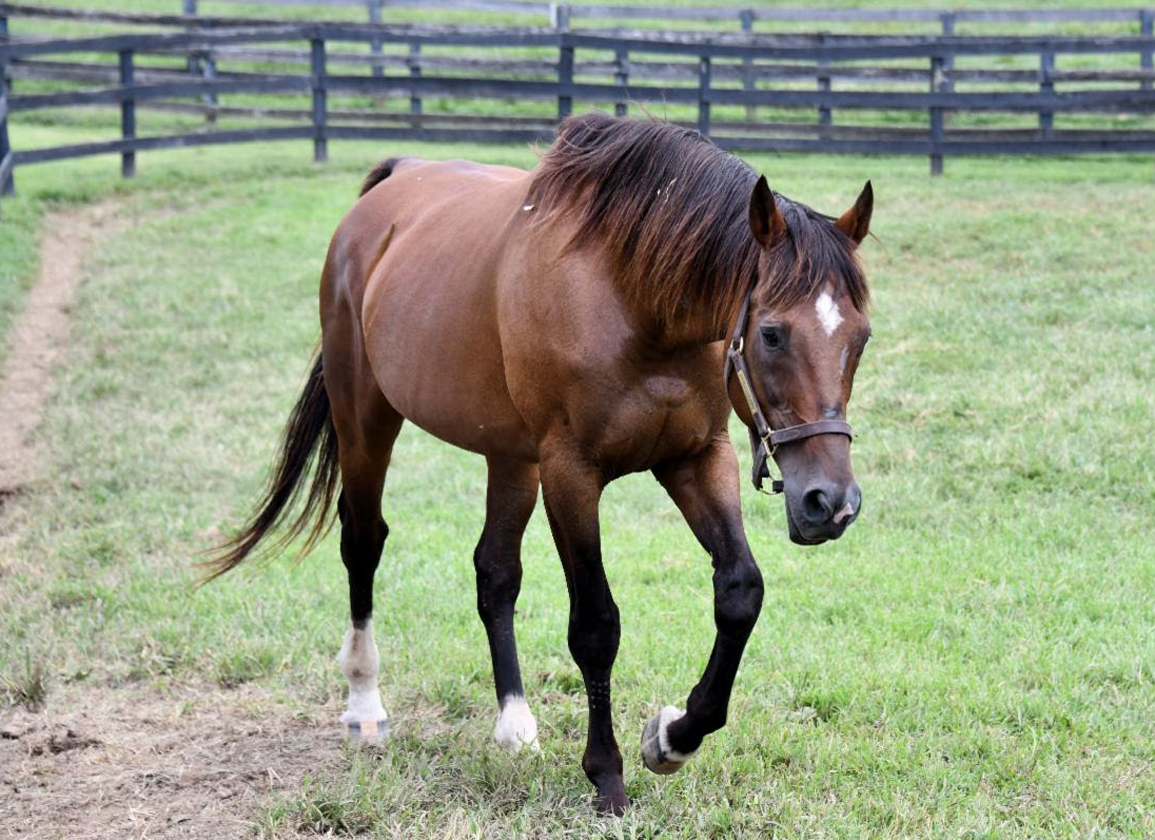 GISW Albert the Great (Go For Gin) was euthanized Friday at Old Friends in Georgetown, Kentucky, where he has been pensioned since 2017. According to attending veterinarian Dr. Bryan Waldridge, the 23-year-old stallion was euthanized due to chronic sinus infection.

Campaigned by owner Tracy Farmer and trainer Nick Zito, he earned his first graded stakes while capturing the 2000 GII Dwyer S. and, later that year, he added the GI Jockey Club Gold Cup. At Saratoga that summer, he was a close-up second in the GI Travers S. At four, he captured the GIII Widener H. at Hialeah Park, GII Suburban H. and GII Brooklyn H. at Belmont Park, and ran second in four other Grade I contests, including the GI Woodward S. and GI Whitney S.

Albert the Great retired from racing in 2001 following a third-place finish in the GI Breeders' Cup Classic with a eight wins, six seconds and four thirds from 22 starts, 15 of which were made in graded stakes. His lifetime earnings totaled $3,012,490. He entered stud in 2002 at Three Chimneys Farm before relocating to Pin Oak Lane in 2008. At stud, he sired such Grade I winners as Moonshine Mullin, Albertus Maximus and Nobiz Like Shobiz, who is currently retired at Old Friends.

“Albert the Great was aptly named,” said Old Friends founder and President Michael Blowen. “He was the master and everyone else was just a serf. He didn't need you to be his friend, just his servant. He was certainly a unique iconoclast and he'll be missed. Our thanks to Three Chimneys, Tracy and Carol Farmer, and Nick Zito,” Blowen added. “They raised a great one.”