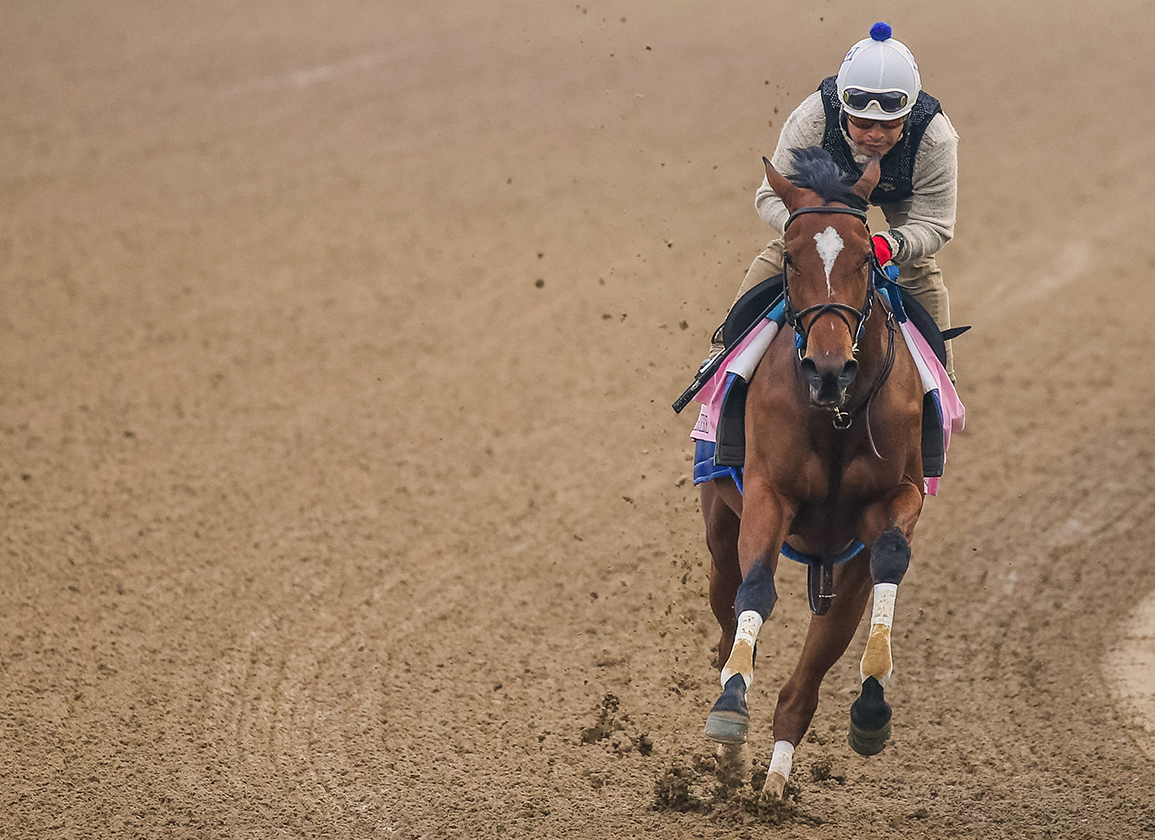 The second-, third-, fourth and last-place finishers from Saratoga's GI Alabama S. comprise half of what is expected to be a field of eight for Saturday's GI Cotillion S. at Parx Racing. Private Mission (Into Mischief), recent winner of the GIII Torrey Pines S., did not make the trip in from California.

Clairiere (Curlin) won the GII Rachel Alexandra S. at the Fair Grounds on her seasonal debut, but was second in the GII Fair Grounds Oaks and a one-paced fourth to 'TDN Rising Star' Malathaat (Curlin) in the GI Longines Kentucky Oaks Apr. 30. Third following a stumbling start in the GII Mother Goose S. June 26 and again when Maracuja (Honor Code) upset Malathaat in the GI CCA Oaks at Saratoga July 24, the Stonestreet homebred closed willingly to complete the exacta behind Malathaat in the Alabama, a half-length ahead of GII Black-Eyed Susan S. heroine Army Wife (Declaration of War) in third. Will's Secret (Will Take Charge), winner of Oaklawn's GIII Honeybee S. and third in the Oaks, attended the pace in the Alabama, but weakened to be fourth.

Maracuja finished one spot ahead of Army Wife in the GIII Gazelle S. Apr. 3 and was allowed to take her chance in the Oaks, finishing an even seventh. She made her next appearance in the CCA Oaks, where she was the recipient of a heads-up ride from Ricardo Santana, Jr. and outfinished Malathaat, who was forced to race closer to that pace than is her custom. The gray filly stumbled at the start of the Alabama, contested over a rain-affected track, but retreated late to finish at the tail.

Always Carina (Malibu Moon) was the popular winner of a key Aqueduct maiden on debut Apr. 11 and earned 'TDN Rising Star' honors with a 9 3/4-length thumping of first-level Belmont allowance foes May 20. Beaten into second after setting a manageable pace as the odds-on choice in the Mother Goose, the homebred cut back to no avail in the GI Longines Test S. Aug. 7, finishing a midpack fourth behind Bella Sofia (Awesome Patriot).

“I really want to get her back out in a distance where she will be forwardly placed and in control of her own trip,” trainer Chad Brown said.