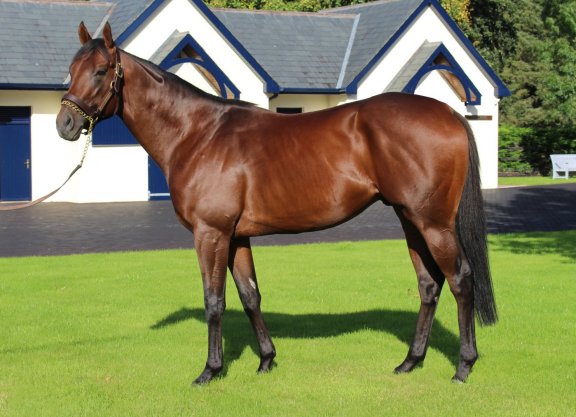 Last season's European champion 2-year-old Air Force Blue (War Front–Chatham, by Maria's Mon), described by trainer Aidan O'Brien as the best juvenile that he has ever trained, has been retired from racing and will stand at Coolmore America's Ashford Stud in Kentucky. Air Force Blue's stud fee will be announced at a later date.

Air Force Blue's dam Chatham, a multiple stakes placed Overbrook homebred, was purchased by Arthur Hancock's Stone Farm for $190,000 while in foal to Arch at the 2009 Keeneland November sale.

“Arthur Hancock has bred many very good horses over the years and all of our team loved Air Force Blue when we saw him as a yearling at Keeneland,” Ryan added. “He was a very racy sort with plenty of size and scope and a great action so he very quickly went on the short list. He proved himself to be a brilliant 2-year-old and it's great to see War Front now heading the Leading 2-Year-Old Sires table. Aidan O'Brien already has four group-winning juveniles by him this year, including the 1-2 in last weekend's Group 1 Cheveley Park S. We're absolutely thrilled his best 2-year-old son is coming to Ashford.”