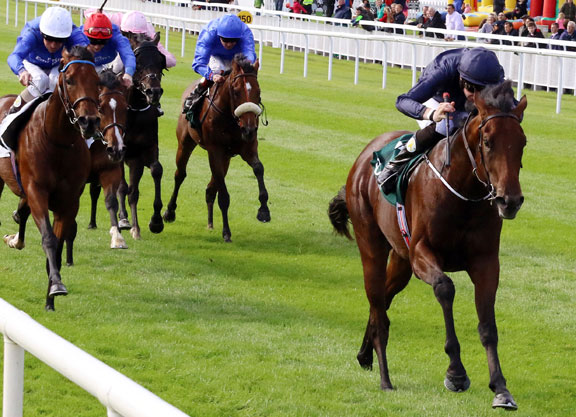 Last year's Cartier 2-year-old champion Air Force Blue (War Front) has been supplemented to Friday's G1 Commonwealth Cup at Royal Ascot at a cost of £35,000. The Aidan O'Brien charge has been disappointing this season, beating just one rival home in both the English and Irish Guineas, and he will drop back to six furlongs for the Commonwealth, the trip over which he won one of his three Group 1s last year, the Keeneland Phoenix S.

Removed from the Commonwealth Cup on Saturday was the Mark Johnston-trained Lumiere (Ire) (Shamardal), who won last year's G1 Cheveley Park S. but was last in the G1 Qipco 1000 Guineas. “She's just not been sparkling at home. We're just not happy with her,” Johnston told racinguk.com.

Air Force Blue's stablemate and 1000 Guineas-second Ballydoyle (Ire) (Galileo {Ire}) is among the 18 confirmations for Friday's other Group 1, the Coronation S.