Home » Archive » Shared News » After Challenging Year, Vargas Looks to Bounce Back in 2022

After Challenging Year, Vargas Looks to Bounce Back in 2022 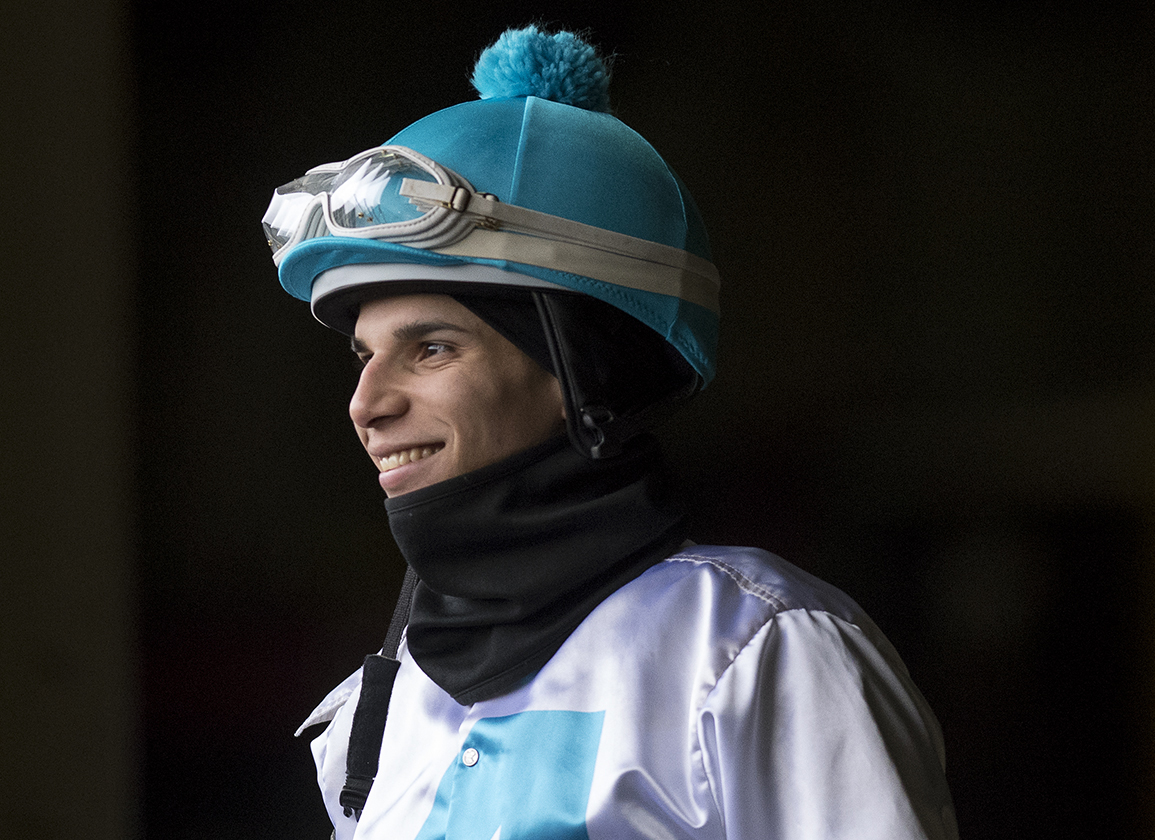 Last week, Puerto Rican jockey Jorge A. Vargas, Jr. won one of the biggest races of his young career aboard Geno (Big Brown) in the $500,000 NYSSS Great White Way S. at Aqueduct. The victory, more than happiness and a nice check, brought relief and a breath of fresh air going into a new year after a tough 2021.

“I was a little down because I was working hard, I'm riding almost every day and you want to see the results and nothing was happening,” said Vargas during a recent holiday trip to Puerto Rico to catch up with his family. “Thank God this week was good. I won every day, which is one of my purposes, to win at least one each day. On top of that, we won the stakes, which helps us not only with money, but for people to see us and know that we can do it and that we are here because we have the skills.”

After two straight successful seasons in 2018 and 2019, where he won more than 100 races each year and obtained his first riding title at Laurel's Park Winter Meet, Vargas's pace was slowed down by the pandemic in 2020. He came back hungrier than ever in 2021, but his progress was once again short-lived as he hit the ground hard Mar. 20 when his mount fell during a race at Monmouth Park. Vargas fractured his lumbar and was sidelined for another four months.

“I'm not going to lie and it isn't a secret that it was hard,” Vargas said of his 2021 mid-year crisis. “You're coming from a pandemic that kept you from what you love for three to four months. You try to get back on track, get a little steam, and fall again, another three to four months out.”

Represented by Jimmy Riccio, Vargas has opted to stay on the NYRA circuit for the last three years even with the steep competition of one of the most elite jockeys colonies in the nation. It's a calculated risk for the 26-year-old, who says he always wants to push himself against the best.

“New York is the Big Leagues, it's where everybody wants to prove themselves,” Vargas said. “You have to really work and know if you belong. I like the challenge and that's what moves me. I've accepted the challenge and I always work hard and keep afloat.”

“I just want to have a healthy year,” Vargas said about his expectations for 2022. “For it to be a year where I can ride and show what I know how to do. It's always challenging. In the United States at this moment there are so many jockeys that winning races is complicated. I would like to keep over 100 wins every year.”