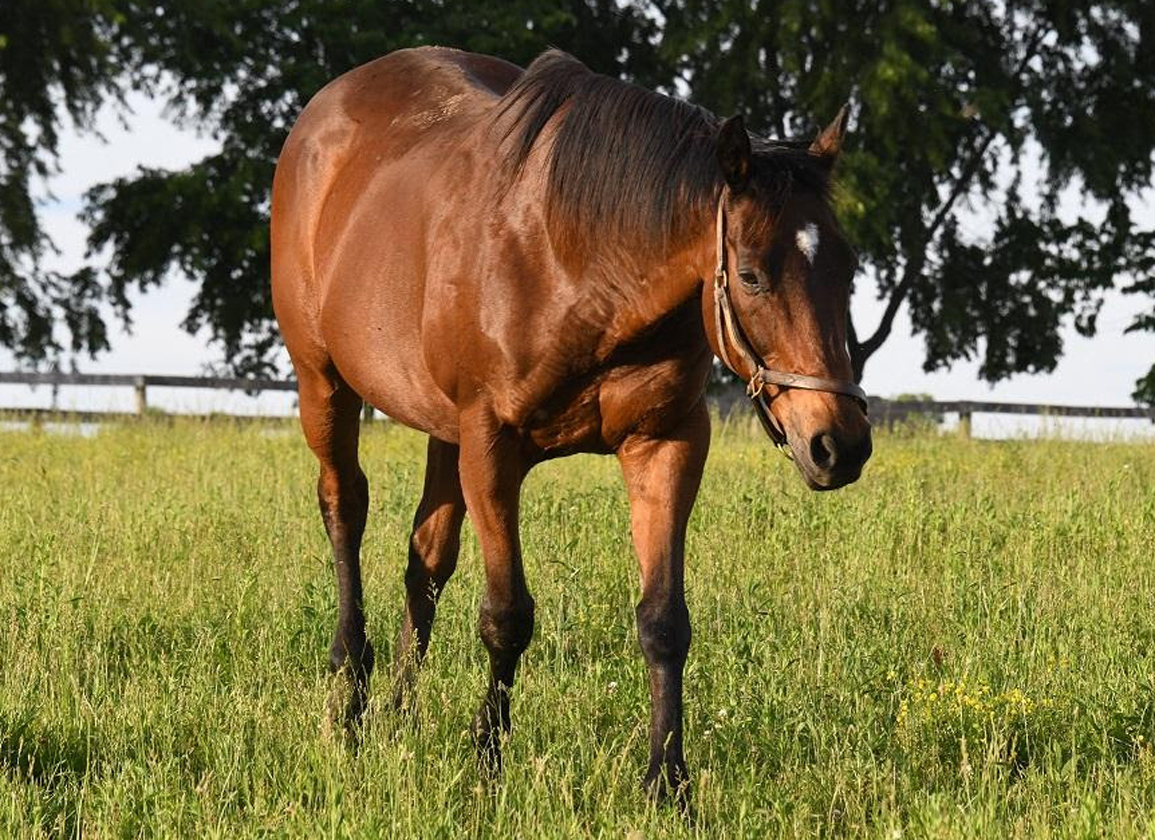 Affirmed Success (Affirmed–Towering Succes, by Irish Tower), a three-time Grade I winner at seven and eight furlongs and back-to-back winner of the GIII Poker H. on the turf, was euthanized Feb. 16 at Old Friends in Georgetown, Kentucky. He was 28 years old and according to attending veterinarians, was suffering from chronic hoof infections.

A homebred for Al Fried, Jr. and trained throughout by Rich Schosberg, Affirmed Success won the first three starts of his career and was third to Awesome Again in the 1997 GII Jim Dandy S., but made his name as a top-class sprinter/miler on the dirt, winning the GI Vosburgh S. and the GI Carter H. at seven furlongs and the GI Cigar Mile H. In his first of eight appearances on the turf, Affirmed Success won the first of his two Pokers in 2000 and was beaten a neck and two noses behind War Chant, North East Bound and Dansili (GB) in that year's GI Breeders' Cup Mile. He became the oldest winner of the GIII Toboggan H. at the age of eight in 2003. He retired with 17 wins overall from 42 career starts and earnings in excess of $2.2 million. Affirmed Success was originally retired to the Kentucky Horse Park and featured in the daily 'Parade of Breeds' show, but when soundness issues precluded his continued participation, he was transferred to Old Friends.

“He was such an incredible race horse, and he had such a great personality,” said Schosberg. “Beside his obvious talent, he had class, was brilliant, and was a joy to train. He always put in his best effort. And with his high cruising speed and running style he was exciting for the fans to watch, too.

“You think of a horse like that as the iron horse, as indestructible,” Schosberg added, “but being in this business my entire life, you know that day is going to come. But he had an incredible life. He had a great life on the track and an incredible life in his aftercare at Old Friends.”

“I like my horses the way I like my people, honest and hardworking, and Affirmed Success completely embodied that,” said jockey Richard Migliore, who rode Affirmed Success to four victories, including the 2002 Carter. “He was as hard-working and tenacious as any horse that I've ever been around, and I am happy to have been a small part of his history. I take comfort in knowing that he had a great twilight of his life.”

“He was one of my first horses, and he was a great champion,” said owner-breeder Al Fried, Jr. “I am so sorry to lose him.”