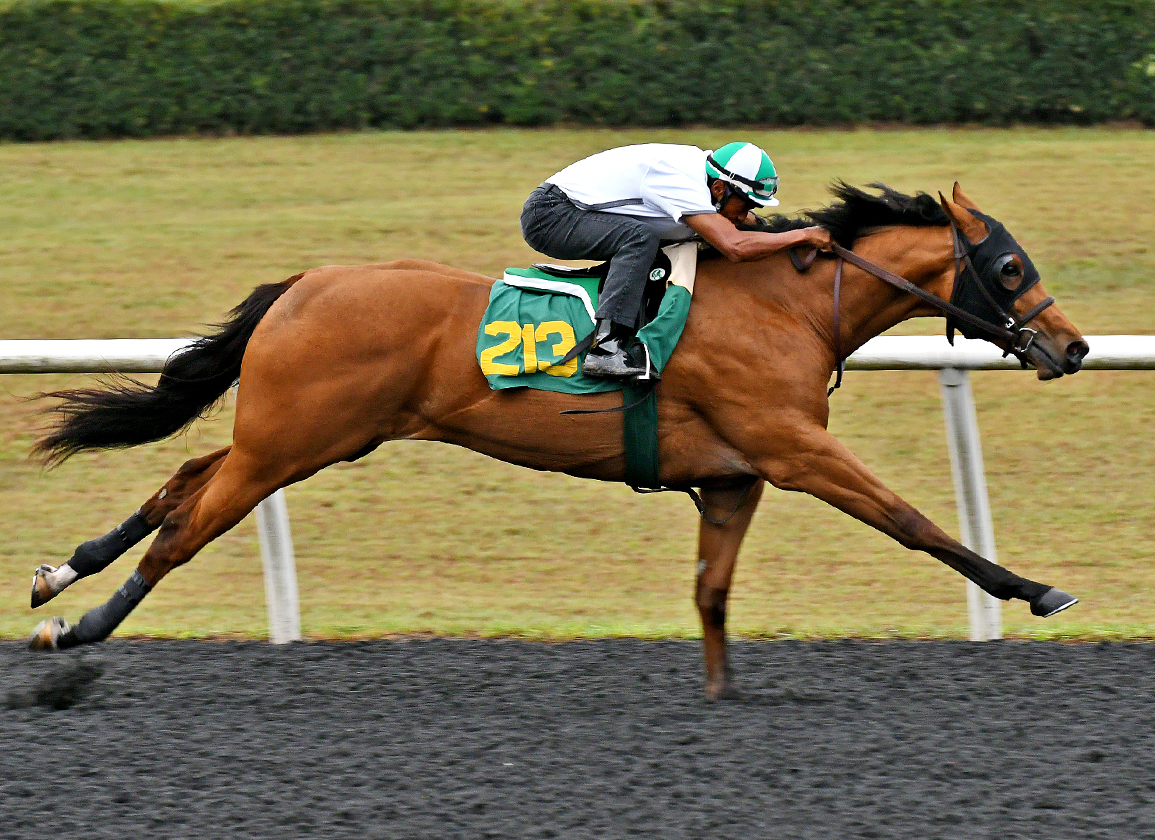 The action at the OBS sale's grounds proved boisterous Friday with many horses making up for a missed engagements after weather prematurely ended Thursday's initial breeze session. However, spectators were given something to talk about right from the onset, courtesy of Hip 213, a filly by Adios Charlie, who negotiated a quarter mile in a swift :20 2/5, the fastest time posted at the distance over the first two days of breeze action. Consigned by Ocala Stud, agent, the Feb. 6 foal is out of MSW Travelator (A P Jet). The Florida-bred filly is a half-sister to stakes placed Sweetheart Deal (Kantharos) and Fantasy Forest (Forestry), dam of MGSW Last Judgement (Congrats).

As was the case Thursday, Friday was highlighted by a bevvy of sub-:10 works for an eighth of a mile, with eight juveniles completing the task in :9 4/5. Among the day's fastest worker was Hip 291, a colt by freshman sire Bolt d'Oro (video) Offered by Top Line Sales LLC, Agent VIII, the Florida-bred is out of the unraced Beautissimo (Uncle Mo), a half-sister to SW and MGSP Two Thirty Five (Stay Thirsty). This represents the family of Champion Juvenile Filly Halfbridled. Also among those topping Friday's eighth of a mile worktab (video), a colt by More Than Ready (Hip 318). Consigned by Wavertree Stables Inc., the Feb. 23 foal is out of unraced Broad Spectrum (Indian Charlie), a half-sister to GSW Dynamic Impact (Tiznow).

Due to impending severe weather on Saturday, Mar. 12, the third breeze session has been rescheduled for Sunday, Mar. 13. Hips 425-635 are scheduled for the final session, which is will begin at 8a.m.