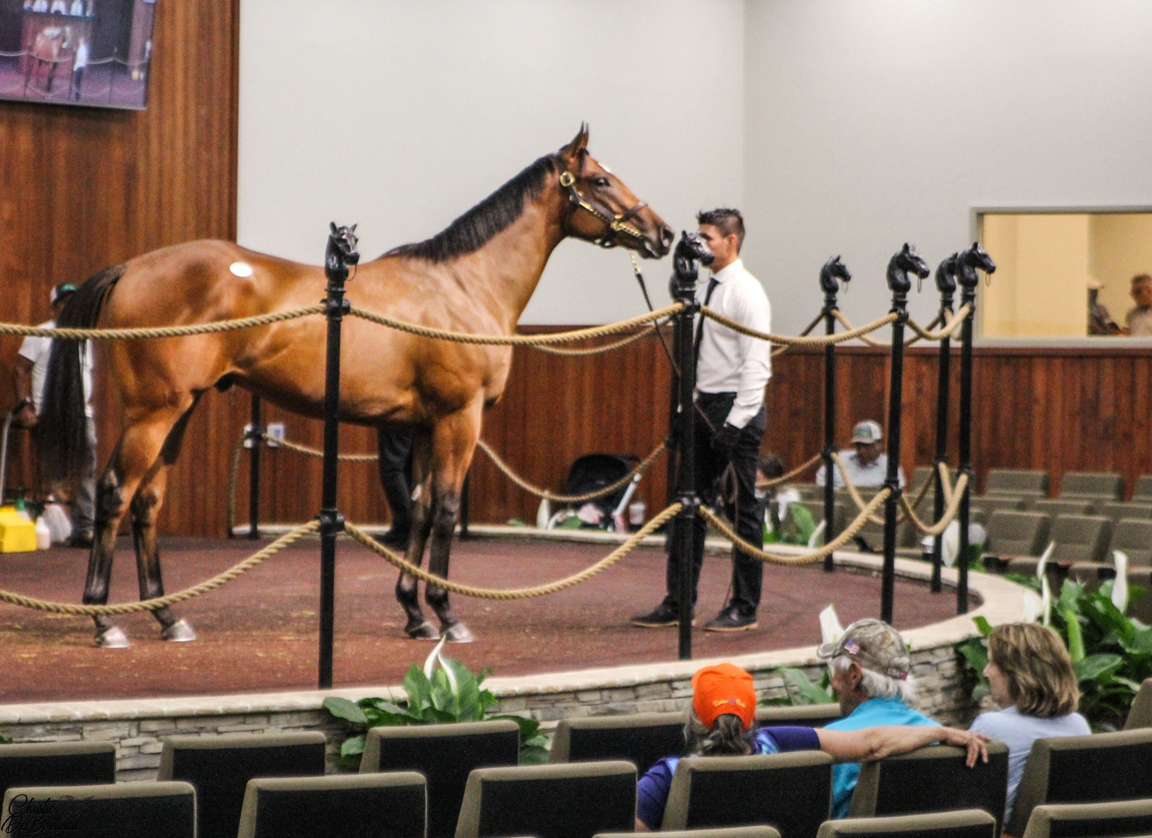 James Bryan “Luke” McKathan, Sr., the patriarch of one of Florida's most successful racing families and an accomplished horseman and pinhooker, died Feb. 14 at the age of 89.

According to a lengthy profile on the McKathan family in a 2004 edition of the Florida Horse magazine, Luke McKathan was born and raised on a family farm in Alabama, where he picked cotton, and left home at 13 in search of a better life.

He began his career in racing with Standardbreds and found a job with legendary harness racing trainer and driver Billy Haughton. He branched out and became a Quarter Horse trainer before shifting gears again and becoming a Thoroughbred trainer in 1968.
McKathan's next stop was Marion County, Florida where he and his wife Jocelyn opened McKathan Farms in Reddick.

“I moved to Ocala as an alternative to being at the racetrack,” he told the magazine. “I was starving to death at the racetrack and you could do that anywhere. When I first came to Ocala, I was surprised that there were so many horsemen, but so few trainers. I didn't know if I would be successful and the first few years were difficult.”

After his early struggles, McKathan thrived while establishing himself as one of the most astute and versatile horsemen in the region. He seemed to be good at whatever he did, particularly when it came to pinhooking.

“He was very talented at communicating with the horses,” said his nephew David McKathan. “He was just very good at it. He was the best I've ever seen around a horse.”

McKathan became a mentor to many, including horseman Casey Seaman.

“He's an amazing man,” Seaman told the Florida Horse. “I've trained here for 10 years and I have learned so much. He's been my hero since making the decision to move to Florida. He thinks of the most difficult situations, applies common sense, and produces positive results.”

As one of the first to master the pinhooking game, McKathan had problems with the way horses were showcased at the 2-year-old sales and was instrumental in changing how the pre-sale works were conducted.

“I had to convince the sales company to have a horse work by itself and not in the company of another horse,” McKathan told the Florida Horse. “You always had to work horses together, and you'd find yourself selling one horse and bringing the other horse home. Everyone should have a few seconds to showcase what their horse can do so that the buyers will have the opportunity to see what the racing prospect is capable of doing.”

McKathan was also a tremendous teacher and taught his sons J.B., who passed away in 2019, and Kevin the business. They started their own consignment named McKathan Bros. and had one of their first big successes when privately purchasing 1997 GI Kentucky Derby and GI Preakness S. winner Silver Charm for Bob Baffert. Often teaming up with Baffert, they were also involved in the careers of Real Quiet, Captain Steve, Silverbulletday and American Pharoah.

“The words 'no' and 'can't' weren't acceptable answers,” Kevin McKathan said of his father to the Florida Horse. “He would either make you or break you. He would give you all you could handle and in the end you were better for it.”

McKathan is survived by Jocelyn McKathan, his siblings Shirley and Miles, his children Kevin, Bo, and Brenda and several grandchildren.